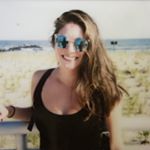 “I love you no matter what.”

“I am happy if you’re happy”

“But you had a boyfriend…”

“I just want you to be safe”

These are some of the initial reactions I’ve gotten when telling my loved ones that I am queer. Some of these outings have been intentional and thoughtful, while others were impulsive and even caught me by surprise. Some of these initial reactions felt better than others, and some of them just made me feel confused. Do they get that I’m gay? Did they hear me? Should I tell them again? I came out to my father twice in two years because he never talked about the fact that I was gay, I wondered if I had just made it up in my head that I came out to him in the first place.

I watched Love, Simon for the first time a few months ago. There was one scene in the movie where Simon is sitting in the living room with his mother shortly after coming out to his family. His mother, played by Jennifer Garner, explains that even though she didn’t know he was gay, she knew something was weighing on him. “It’s like you’ve been holding your breath for all of these years and now you can exhale,” she says to him. Obviously, tears were rolling down my face as I thought, YO, JENNIFER, YOU ARE DA BOMB.

After the movie, I reflected on why this scene had such an effect on me. For me, that simple  phrase shed light on a missing piece of many coming out conversations I’ve watched, personal accounts I’ve heard from friends, and experiences I’ve had coming out to loved ones. Garner’s character not only said that she loves her son no matter what but that she wants him to be happy. She didn’t normalize his experience to the point where she just said, “That’s cool.” She recognized and validated the fact that he had been through years of fear and anxiety about being gay all on his own. She accepted him but recognized that even though being LGBTQ is a beautiful gift, it was probably really difficult and painful to be in the dark closet all by yourself. In her own way, she recognized a trauma that often goes untouched.

As I watched this scene, I was reminded of the years of anxiety and heartbreak I experienced behind closed doors. My grandmother held me as I cried when my high school boyfriend and I broke up, but I had to hold myself when my college girlfriend and I broke up. I went to years and years of family gatherings where my loved ones asked me if I had a boyfriend and I would say “nope” because I was too scared to tell them that I actually had a girlfriend. I’ve been very lucky that the majority of initial responses have been peaceful. After watching this scene though, I experienced validation. I used to think that just moving on and normalizing the situation after I utter the words “I’m gay” to somebody I love was the best way to respond. After watching this scene, though, I realized that being in the closet is actually not a “normal” experience, and by normalizing it so much, we disregard a possible pain that needs to be addressed.

Based on conversations I’ve had with some of my closest friends, I know I am not the only queer person who has experienced a lot of internal turmoil when I was realizing that I was gay. Like many of my fellow LGBTQ+, I dream of a world where coming out is not even necessary. But for now, it’s still a reality. There is still pain and struggle for some, sometimes a lot more than others, depending on a multitude of different factors. If you are a parent, a sibling, a cousin, aunt, uncle or grandparents, or ally, consider recognizing a trauma that often goes unnoticed by members of the LGBTQ+ members themselves and their loved ones. Your LGBTQ+ loved one might say they don’t want to talk about it, but offer the space, because the likelihood is that they probably do. In addition to the well-received clichés like I love you no matter what, I accept you, you’re amazing, I am so happy for you, I think it’s time to incorporate another layer to the “coming out” conversations, one that recognizes the greatness but also the possible pain. Below are some possible statements.

If you want to fill me in on any of the pain you went through before this moment, I am here to listen.

I am so happy that I know now and am here to offer support if you want it.

I am excited to hear about all of the greatness that comes with this, but just know I am also here to listen about the struggle too.

There might be people who respond by saying they don’t want to talk about it. That’s okay, but offer your support and your validation, and give this untouched conversation a chance.

I spent the last year reclaiming the part of me that writes.