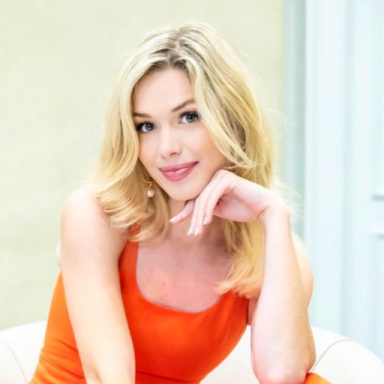 I remember it so clearly, the lackluster ensemble and his bright orange hat. It was 9 a.m. I was headed to work, and he, well, what did he do anyway? It didn’t matter. This was the fourth night this week he had come over and we had spent the night together.

“What do you have going on today,” I asked with hesitancy.

He had a grin that could light up the world and two dimples that could persuade the most unconsuming to flattery. “I think I am going to Morocco or something,” he replied.

Clearly, I was unaccustomed with his way of life and shocked by such a statement. For those of you who don’t know, flying to Morocco for a job opportunity was only something the privileged in Connecticut would have the ability to say.

As he left with his skateboard in hand, I thought to myself, “Fuck.” And just like a fool I was foolishly in love.

Yet, there was no way I was going to tell this Morracon Prince with his Dad’s credit card that he was my one and only, even if he looked beautiful on a skateboard. We would meet in the park and take night walks staring at the moon. We would walk around our neighborhood and tell jokes, and every night I knew he took the long route just to walk by my apartment in case he caught a glimpse of me that night.

In many respects, I think I was the first woman he had ever met that knew more about literature than him. Who questioned his ideals with conviction and challenged the ways he looked at life with a germanic arrogance. It wasn’t like it was new for me, but just like in all things, with time, he grew to hate that about me.

“We need to talk,” I texted. “Listen, I can’t do this.” And these would be our conversations for the next year.

Yet, the truth was every ounce of me was craving for the borderline emotionally unavailable writer on his skateboard to come swooping in with his four-wheeled horse, popping an ollie right in front of me.

“Fuck again,” I thought, trying to conceal my appetite for someone my mother would deem unbearably unacceptable.

He was someone I couldn’t resist yet knew deep down was not going to be my boyfriend. I thought he was the fool, and the entire time, he had me fooled.

You can’t help who you fall in love with, and I know that the more you deny it, the more you will hurt yourself. And this is the greatest lesson I learned in my twenties. When you friendzone someone out of fear of falling madly in love with them, you miss the best parts of your love story without even realizing it. And this is why you should just date your best friend.

For the next six months, I spent countless nights laughing, playing, and falling madly in love with someone I consciously told myself over and over again wasn’t good enough for me. He inevitably became my best friend. Every day with him was a wild ride and a retailing of my early twenties. It was nights lying in bed, dreaming of our next adventures, espressos and books, laughing and drinking into the night. And then it was chaotic fights, drowned out echoes, and blocked conversations. The very things I loved about him were also the things that scared me the most.

And so, every attempt he made at pushing the relationship forward, I made three more attempts at pushing it backwards.

I believed that the only relationship that someone should have in their late twenties was one with a guy saving for their child’s college fund or one who had a well-built 401k. But you can’t put a price tag on love.

The biggest lesson I learned in my twenties was learning to rush love, to jump in with two feet and to not look back despite the fears that are pulling you to choose a different route. If you’re friendzoning the guy who is consistently there, who was your shoulder to cry on, who you spent countless hours with and who supports you in making an online candle company, don’t take his actions for granted.

Because one day you will wake up and realize your best friend is gone. That you have used up every deposit of love in his piggy bank. The thing about a man who is friendzoned for too long is that they will eventually get the memo. While you’re thinking you have everyone and yourself fooled that you can’t possibly be in love with someone who clearly loves you, they’ll start to move on. And in the end, the only person standing will be you with your written memo and broken heart. The little things you used to do that drove him crazy with love will become a reminder of all the times that you told him he wasn’t good enough. The men you thought were more your type will become constant hemorrhages and reminders of the pain of his devotion. You will become an emblem of his anxiety.

His anger will become unbearable, because while you think you’re playing him like a fool, you’re playing yourself. You’re the fool trying to convince yourself you aren’t in love with a man you clearly can’t live without. If there is one thing I learned in my twenties, it is that love doesn’t just happen with anyone. It happens when you can stay up all night giggling and laughing, dancing in your living room and then lying down for bed with your best friend by your side.

So, when he has gotten tired of always being there and decides to move on, don’t say I didn’t tell you so.

Through healing the body we’re able to open up the window to our soul.