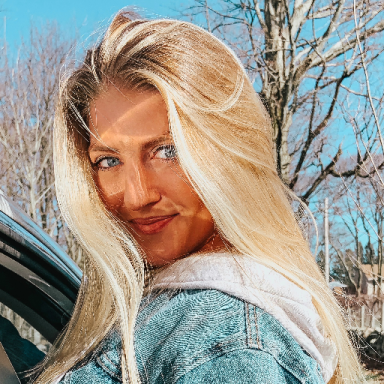 On paper, he and I were perfect. Actually, who am I kidding? In real life, we were pretty perfect. We were beautiful. We had fun. It was easy. We almost never fought. We explored majestic corners of the world together. We laughed a lot. He was tall, dark, and handsome, an athlete with a plan. I was blonde hair, blue eyes, an artist with a dream.

But looking back, as we can do when it’s over, I can remember the times that I knew he wasn’t the one. I can remember the whispers that I gladly ignored that said that, “As good as this is, it isn’t it.” When he walked out on me, I had one of the best experiences of divine intervention I have ever had: It was the influx of memories of those whispers that all seemed to say in that moment, “I know you’re going to want to fight this, but don’t.”

Almost six months and a lot of perspective later, I want to say something to my once-perfect half:

In the time since our break up, I became a new person… a few times. I know that you and I are not the forever I once hoped for. I know that my person, my Earth-shattering-can’t-live-without-you-sacred-bond partner is out there somewhere and I have zero doubt that I will meet him, but I still think about you all of the time.

A song on the radio, a picture on my phone, a mention of the sport we both loved, or the places we went, or that beer you like, or the bar we met at, or the town you live in. That’s the thing about break ups, right? They’re fucking everywhere.

I wish I had bad things to say about you, but I don’t. Truth be told? I wish it were you. With each new date to pass the time and remember what it feels like to be held, I find myself wishing it was you there instead.

I know this feeling will pass. I know that when I meet my Earth-shattering-can’t-live-without-you-sacred-bond partner, I won’t think this way; but for now, even though I know with all of my heart that we were not meant to be…I still wish we were.

It’s hard to tell if it’s the rose-tinted glasses of nostalgia or the red-tinted residue of the glasses of red wine I’ve had, but I think this is true for a while after we lose someone we love. There is even science behind this: The neurology of addiction and separation. I know this because it’s the kind of thing you learn when your heart is broken and you’re looking for answers, but I’m a few too many glasses of wine in to explain neurology.

What I can say is that I know it’s normal. I know that if I were to get really sad, I would coach myself by saying that this is a normal stage of grief, there’s no real timeline, and losing a relationship with someone you love is hard. I would say that it’s normal for me to think about you and miss you and I would swear to myself that one day I won’t.

But right now, I do.

When I feel lonely and I know I need company, I don’t call you, but I wish I could. When something happens and I have to tell someone, I want to tell you. And so I guess this is just my way of saying I know we weren’t meant to be; I accepted that almost instantly. I know that you can’t be the person to come over when I’m lonely. I know that probably no good would come from calling you.

I’ve learned that knowing better does not equal feeling better. I know you’re not the one for me, but right now, that doesn’t help, because I really wanted you to be.

Breaking Up Heartbreak The One