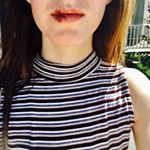 In honor of my 26th birthday, my friends and I tried to narrow down the three main things I felt I was too old to do, being on the other side of a quarter century. We filled up several different cocktail napkins with ideas (the ideas getting harder and harder to discern as the cocktail count increased), but in the end we narrowed it down to the Big Three:

I honestly did not expect that anyone over the age of twenty-one (and the age is only that high to include young people who have just escaped a religious cult and thus have never been through sex-ed) to put any stock in the pullout method. I had to eat my words when an actual adult man with whom I was currently on not a first, not even a second, but a far-enough-in-to-have-lost-count date, told me he believed “when done right” this was an effective form of birth control. Fact: the girl he dated after me got pregnant by accident. Now I assume that we all know correlation does not equal causation (but I also assumed we all knew the pullout method was bogus, so…) but I have a sneaking suspicion I know how that happened.

Having our parents pay for our phone bills/car insurance

Do as I say, not as I do. I will ride the stepdad-guilt gravy train (YOU’RE NOT MY DAD! …but maybe I’ll forget that if you pay for my Trevor Noah audiobook downloads on itunes…) for as looong as I can. But I know that I feel better, more autonomous, more adult, when I handle my own bills. If we want to argue that we should be allowed to spend half of our paychecks on Adderall and avocado toast, we need to be spending the other half on stuff we actually need, and not relying on the dear old baby-boomers to bail us out. (Though they did destroy our economy and burst the housing bubble so, to be honest, maybe they deserve what’s coming to them via their entitled millennial children. Just saying.)

I am as much a fan of judgment-free sex as any other post-monogamy, Samantha Jones-inspired, tinder-era millennial. I am also one of the innumerable members of my generation that have suffered through and become distinctly disillusioned with the concept of the unpaid internship. If we don’t want it in our careers, why settle for it in our relationships? If I am putting in the work (texts, sexts, mental/emotional energy, valuable time) I want the payoff. If you’re investing, you deserve returns. You don’t have to buy a house in the suburbs and adopt a golden retriever, but you ought to be able to count on each other when it matters, without worrying about being “too cool” for commitment.

For those of you who are still under 25, enjoy it while you can. For those of you who, like me, have passed that fateful benchmark, I’m sure we’ll all have many a misstep in our 26th year and beyond, but at least we’ll be leaving the Big Three behind, and making new (and hopefully more interesting) mistakes.

Text Me Back: A Love Story Follow Olivia on Instagram or read more articles from Olivia on Thought Catalog.

The Selfish Solution For Women Attempting To Date In Their Twenties

20 Women Open Up About Their Sexual “Number”

Your Mom Is The Most Important Woman In Your Life. Here’s 16 Reasons Why.

Condoms And Cupcakes, Or How I Lost My Virginity To A Frat Boy