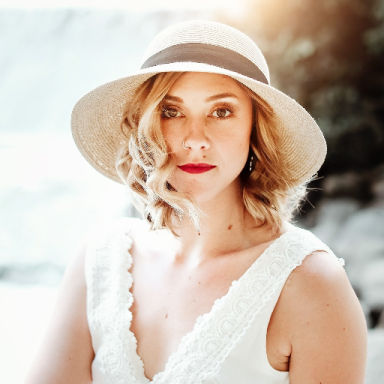 An interesting phenomenon has occurred as a result of the pandemic: People are beginning to follow their dreams. In my own experience, spending several months alone at home certainly forced me to take a good look at my life.

The following list explores a universal process that anyone attempting to pave their own way towards success may experience. It is intended to serve as a guide as you begin chasing your dreams.

1. You will start to face serious self-doubt.

Self-doubt is part of the process. When my writing started to take off, I was on a high. I decided to invest time and money into marketing my work. I bought a domain name and started a website from scratch. At the same time, I messaged a friend in the photography business to schedule head shots.

The next morning, I woke up in panic. Self-defeating thoughts began to spiral in my head. I am not a writer. Why do I need headshots and a website? I hardly have any work to share.

I realized that everyone who sets out to follow their heart is initially met with self-doubt. This is part of the process. This is your shadow self being exposed to the light.

When the shadow is exposed, worries and insecurities force their way to the surface. It is a form of self-protection based on a fear of rejection, vulnerability, or shame. The shadow is often rooted in childhood trauma or early experiences.

Although your shadow may speak loudly and frantically, recognize it is not grounded in fact. The shadow is a wounded child. It simply needs love, encouragement and support. With some gentle redirection and nourishment, the shadow self will grow quiet.

By the way, every successful writer I have ever met struggles with admitting they are actually a writer. If you write, you are a writer. Congratulations!

2. People will attempt to persuade you not to do it.

I am incredibly fortunate that in the midst of my self-doubt I reached out to supportive people. Not only were they supportive, but they were understanding. These were people who had been there: successful business owners, artists, and freelancers.

People who gave up after the first sign of self-doubt cannot help you through step one. Well-meaning people will tell you to stop. Even people who love and believe in you will say that you are making a mistake. It is not that they don’t want to see you follow your heart. They are afraid to watch you fail.

They may even be afraid to watch you succeed. Everyone has a dream inside. Those who do not listen to it, like to believe their shadow. They believe the self-doubt that says it is impossible. They believe they will fail.

These people cannot fathom your success. If you do succeed, they may feel resentment, anger, or detachment. Your success threatens their decision to ignore their own dreams. Do not allow others to dissuade you from following your path.

3. You will experience failure.

Much of my writing lays on the cutting room floor. I have folders of articles I have written that serve as a virtual graveyard. For every article I publish, there are at least five more that will never make it out into the world.

I try different ways to find my voice and sometimes I fail. On Instagram, I share poems that are well received and poems that lose me followers. Regardless, I keep posting.

As a writer, I embrace the idea that I should collect rejection letters. J.K Rowling was rejected 12 times before someone accepted her bestselling book, Harry Potter. To quote Sylvia Plath, “I love my rejection slips. They show me I try.”

It is important to realize that failure is part of the process. How long do you stick with something before you achieve success? Well, if it is something you believe in, the answer is: as long as it takes.

4. You will experience success.

No one can prepare you for the first moment your dream is realized. For a friend who opened her own private practice, it looked like receiving a $20,000 check in the mail after months of struggling. She cried at her mailbox that day, recognizing her own success.

For me, it was the first time I published an article. I screamed so loudly that my dad and sister came running into my bedroom. They thought something awful happened. I was jumping up and down and screaming, “My article got published!”

The wave of emotion that rolls over you when you achieve that first milestone of success is unmistakable. Nevertheless, one goal seemingly flows into another. With each goal I achieve, it seems my aspirations get that much higher.

5. You will have to work hard.

All of these steps are part of the process, but they are not magical milestones towards success. Success takes hard work. Elizabeth Gilbert discusses this concept on a Ted Talk in relation to her initial success after writing Eat, Pray, Love. The success paralyzed her. Ultimately, her next book was a flop. But she kept trying and the book after that was a bestseller.

Success does not always translate to financial freedom, lifetime fulfillment, or ease in achieving further success. Success cannot rescue anyone from hardship, grief, or hard work. Yet those who have achieved success are resilient. When you have overcome self-doubt, failure, and criticism, you do not shy away from hardship. You chase after it.