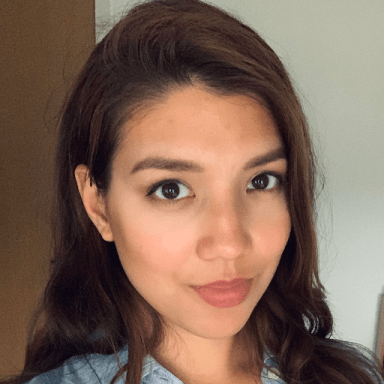 A couple of years ago, I plunged myself into the world of dating apps after a hard breakup. After several months of exhaustive matches that turned out to be flukes or creeps or just overall incompatibility, I landed on an app that “matched” me with my potential soulmate based on numbers. That’s right, a percentage would determine if a perfect stranger was compatible with me.

At this point in my life, I wanted something that, if not science-based, would at least be more credible than just first-impression swipes. The distinguishing aspect of this particular “soulmate scouter” was the Q&A portion of the app. Users answered hundreds of questions of their choice—everything from the very practical question of “Would you consider an open relationship?” (might be important to know ahead of the first date) to the extremely important question of, “Would you and your ideal match be comfortable farting around one another?” Our potential soulmates’ answers to these questions would then be compared to our own answers, and the two of us would be given a compatibility percentage out of 100.

After all, if an 89% product approval rating must be worth buying, then an 89% match for a stranger to spend the rest of my life with must be worth a look, right?

Yippee! One of my first matches seemed, on paper, quite perfect. He hit all of the checks on my checklist for what I thought would be great compatibility between us. He was a recent graduate in finance, handsome, healthy, and loved to go to the street markets on Sundays. Along with that, we were a 93% match. Hip hip hooray! He was responsive and a good listener. Soon, we were Facetiming after work and complaining about bosses and professors. Things were going smoothly for an entire month. Finally, I let him know that I’d be in town and that I’d love to meet up. I was excited. I was picturing a nice penthouse-like apartment in Tribeca that we’d have after a few years, him in banking and me doing, you know, ME.

I met him one afternoon in a crowded park. He strolled up and we talked for a bit and had brunch. “He’s very nice and polite,” I thought at the time. Though something about him was a little underwhelming. For lack of a better phrase, there was no “spark”. Immediately, I condemned my thoughts for being overly judgmental and decided to give him a chance. After all, we were supposed to be compatible in things like music, TV shows, hobbies, and careers, according to the app. Yet I began to notice the cracks within the first hour of meeting him and was reflecting on the month we’d spent talking to one another over the phone.

I’d noticed during that time that he didn’t always catch my jokes and sometimes didn’t respond to quips I had about the latest celebrity gossip or news (or, red flag, I realize now: we had no meme game together). We also came from very different backgrounds, which I didn’t see as a downside necessarily, although it became quite clear I couldn’t quite relate on all the levels to his very fortunate upbringing. But I told myself: We can’t all have our Ryan Gosling!

Then came the brunch. All I can say was the food was quite good, and I still remember that burger. Now I understand if he was nervous, which would be fair—aren’t we all when meeting a potential new mate? But as the brunch went on, it was clear that he neither understood nor attempted to understand my sense of humor. I ordered a side of fries (did I mention I was eating a burger?) and though I can’t be sure, he very pointedly ordered a salad and gave my fries, when they came, the stink eye. Like I said, it might have just been the nerves, but this fish wasn’t biting.

Conversation lulled and eventually stopped entirely. The nightmare of any first date. My hopes were dashed. Later that night, I texted him to say that I enjoyed our time but that the commute would be too much distance and a strain to get to know one another better. To me, this was better than ghosting. The chemistry just wasn’t there.

But we had matched 93% for compatibility, didn’t we? Besides the more preposterous questions on the app, there were also some rather crucial questions for determining baseline compatibility. Some questions were similar to: Does religion play a significant part in your life? Do you believe in evolution? Do you want to have children? Would you ever stop someone from shoplifting if you caught them? Which is more important to you: sex or love?

Users have the option to explain their choice in a description box (that was always a fun psychological dissection exercise). Certainly, we had both answered dozens of questions and agreed (or slightly varied) on some of these more important issues, as well as some of the silly ones. Wasn’t the fact that we were both on an app like this a testament that we both prioritized and valued our love lives more seriously right now?

I decided I was done with apps. But a few days prior, I had left one guy dangling on another app as I debated if I was going to atom-bomb my entire virtual dating existence. While he was cute, I really couldn’t grab much from his bio. Looking back on it now, if this particular man (we’ll call him Dan) had been on this algorithmic percentage app, I think he would’ve matched around a 35% with me at most. He would probably agree.

Some of my biggest turn-off answers from using the previous app with the compatibility scoring were:

Someone getting a tattoo (or having one)

Someone who was strongly religious

Someone who says music doesn’t play a big part of your life (have you seen my vintage record collection?!)

These were just my personal list of prejudices for right or wrong reasons that turned me off (I have since revised the now non-existent list). Yet, somehow, Dan probably would’ve managed to nail all of them.

The first movie he asked me out to see was IT Chapter 2. Now, I’d never seen the first one, and so he asked if I wanted to watch that with him as well. The truth was, I didn’t. I didn’t like horror movies (he argues that IT is not a scary movie. I beg to differ, dear). But I did watch it with him.

Here are the things I learned about Dan over the next few days:

He was thinking of getting a tattoo after graduation

He’d thought about being a priest before entering college

Effectively, my checklist was blown to smithereens. Yet there was something about him that other guys I’d gone on dates with didn’t have. One day, a week after meeting him, I stopped for lunch, and while I wasn’t contemplating eating with anyone, I wondered what Dan up to. It surprised me that I was even thinking this. I didn’t intend to get serious with anyone anymore. But he had made me laugh on that first date, and as I sat there eating my burrito, I felt like sharing a good laugh with someone. Who knows, I thought, maybe I’d found a friend. Besides, I didn’t want to enter something that would fizzle out after 6 months because we realized we were on two different paths.

I called him up and we had lunch. Since that day, I have hardly ever stopped smiling whenever he is around. In fact, I smile so much around him that my cheeks are constantly in a state of pain. It wasn’t just that he was funny. Instead, it was his outlook on life. It hit my funny bone to a tee.

Yet all of this doesn’t ignore our differences either: the fact that Dan doesn’t like to read and I am a writer. The fact that my music snobbery can’t really stand his early 2000s playlist and he can’t deal with my “Boomer” music. The fact that I could spend all day in a museum and Dan needs to stay active like a ping-pong ball bouncing off of everything in a 20-mile radius most of the time. The fact that Dan can do mental math so fast it makes my head spin and I’m still counting on my fingers.

Dan was fun. He made me laugh. More than that, I felt understood.

In all, this is not a story about opposites attracting; I don’t entirely believe in that. Instead, it is a lesson in compatibility of values. In the beginning, I had projected what I thought I valued, instead of what was actually important to me. I learned what I truly valued, not through a few prompted questions on an app or survey, but through interacting with a person I took a chance on.

A study published in A Book About Love by Jonah Lehrer showed an experiment done in 2010 that evaluated 23,000 married couples, where only 0.5% of couples deemed similarities between themselves and their partners accounted for their relationship satisfaction.

In the end, it doesn’t matter that Dan didn’t check off my entire checklist. People’s beliefs, day-to-day living, treatment of others, treatment of themselves, etc., can’t be put onto paper so easily, much less an app.

The questions I find myself using for determining compatible core values are: Where do I see myself in 10, 20, 50 years? And subsequently, are my partner’s visions and goals aligned or at least compatible with mine and vice versa? Could we find middle-ground if we had to? And lastly, what are their main core values and do they match with mine? This last question is perhaps the most important, for if you cannot share the same core values on things like respect, honesty, affection, career vs. family priorities, then how will you be able to support one another when you don’t believe in what the other believes? It’s like trying to support a candidate you may like as a person but can’t value what they value. And that’s okay.

It’s not rocket science, but it can feel like it sometimes. That’s why you have to take your chances and “measure” compatibility in the flesh. It’s scary and not always going to be a match. But finding someone who shares the same values and vision as you is priceless. The outcome is a lifetime of understanding. And that’s something an app can’t measure.

We all die. But some of us never live.