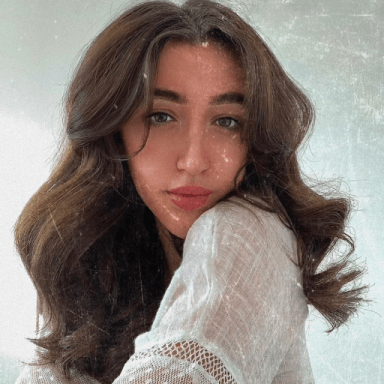 Say those two words separate and they seem nothing but innocuous. But put them together, and you have something with the power to bend and break everything.

One person’s first love could have been something that lasted nothing but a month, yet was filled with every emotion, every color, but ended as quickly as it began. Another person could say they’re yet to have it, while the variety of numbers in their phone line up for their affection. And someone could be ever so lucky to have their first love be their only love, and as you grew it grew with you, forever gazing at it through rose-colored glass. Something that felt new every day, something that gave as much as you did. It saw you at your worst, dark and tattered, yet it remained, simply brushing off the dust and waiting for it to settle, waiting for you to breathe, waiting for you to see clearly as there it still stood, seemingly still brand new, seemingly still everything that it was before.

And then, of course, there are the versions nobody talks about. The one that got away. The ones filled with “what if’s” and “what could be”. The screams at 2am and the loneliness that persists to eat away at you while you can’t help but wonder what they’re thinking. Fumbling for reasons to make it work whilst holding on by a thread praying that no reasons come around to cut you loose. The first love, that hoped would have been the only love.

Much like the stars, they come in all forms, some bigger than others. Some brighter than others and some burn out before they even had the chance to shine.

So, here’s to our First Loves.

Just a girl and her coffee.