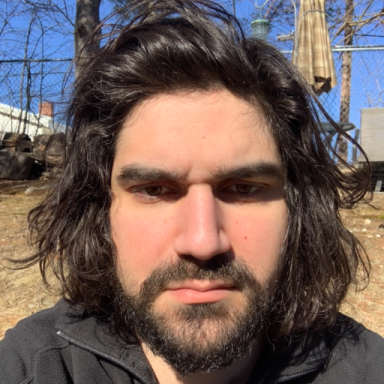 By Nur Nadar Updated May 5, 2021
Photo by Viviana Rishe on Unsplash

By Nur Nadar Updated May 5, 2021
Photo by Viviana Rishe on Unsplash

It is incredibly disheartening to hear what is happening in this country to our Asian brothers and sisters. Imagine having to suffer through the pandemic, as we all have, while simultaneously being blamed and lambasted as the source of everyone else’s suffering. As an ally, I was constantly wondering: What can I actually do to help? After patient consideration, I decided the best that I could do would be to share my own experience with being targeted as our nation’s enemy. With this, I am hoping that I can at least open an eye or two to the real impact of their hate.

Growing up in a post-9/11 world as a Syrian American, I remember living through the duality of feeling wronged and upset that our country was attacked while at the same time being subjected to what I’ll call misdirected and misguided “patriotism.” I was just like every other kid watching the TV in our middle school classroom. I vividly recall my social studies teacher balling under the guise of tissues. The adult responsible for all of us in this classroom was sobbing while the TV was consistently looping the footage at Ground Zero. I was shocked, I asked the kid next to me if we were watching a prank show. It is a wild question to consider, but it speaks volumes to how my 12-year-old self was making sense of what he was seeing. When I inevitably got home, my parents had the same look of disbelief on their faces that every adult had on that day. Every single aunt, uncle, cousin however many times removed, etc. were calling us from Syria to make sure we were okay. I understood that all of us were hurting, but I assumed the collective would band together and heal as time went on. The one thing I would have never guessed or even understood; I was not welcome in that collective.

The next day during lunch — and I’ll never forget this for as long as I live — I was told, “You’re Syrian? Then you’re a terrorist. Everyone knows all Syrians are terrorists.” My instinct was to beat that clown until the feelings that his horrible words conjured inside me stopped hurting. I did not beat a clown that day. Instead, my brain started to throw pictures of my family at me in rapid succession. It was way too much. Whatever this new feeling was, I was not equipped to process it and I just started crying. It was the brutal reality that now, according to seemingly everybody, my family and I were out of the collective and officially “less than.” It would just get progressively worse from there. The nasty comments, the hateful stares, all they genuinely accomplished was evoking feelings of deep anger, profound sadness, and ultimately, an abyss of shame for being who I was. All the while, I was also trying to communicate, “I am also an American. I am hurting too.” These experiences can be incredibly scarring.

It’s important to remember that this is not just about nasty words. That is just the beginning. When a collective agrees that verbally abusing a group is okay, it almost naturally progresses into the thought that violence might be okay too. Now, most of us are familiar with the stories of Asian women being attacked in New York and San Francisco. These reports are heartbreaking and act as a call to action, but never forget that this sort of thing happens every single day without any sort of media coverage. The ones that stuck with me the most during my post-9/11 experience were when a family friend was jogging down a bike path. A group of men chased her, ripped off her hijab, threw her to the ground, and continued to attack her. Another close family friend was pulling out of a Walmart parking lot. Something seemed off to her and she glanced at her rearview mirror. Her suspicion was confirmed. A woman with a bat was chasing after her car while frantically screaming, “YOU KILLED MY SON!” These experiences are genuinely terrifying. Fear of an existential threat became completely overshadowed by fear of the people around us.

That said, I definitely also remember the kindness I was shown by our allies. Whether it was a phone call to check on our safety or a reassuring expression of alliance, it was what helped me fill my well of hope that was slowly turning to dust. Do not be afraid to reach out to a friend to let them know you are there for them. I know I certainly appreciated it at the time, and I am sure they will too. Back then, social media was not as prevalent, apart from the beginning stages of MySpace. In a world currently dominated by social media, I feel a duty to beg anyone who reads this: Do not let this very real hate and abuse be reduced into a hashtag. Hashtags are great for spreading awareness, I will not deny that fact, but there are so many more boxes to cover. All I ask is for whoever reads this to check up on their Asian American friends. They might think you are weird or overextending, but those really are the experiences I remember most fondly from years ago. No one deserves to go through this alone.