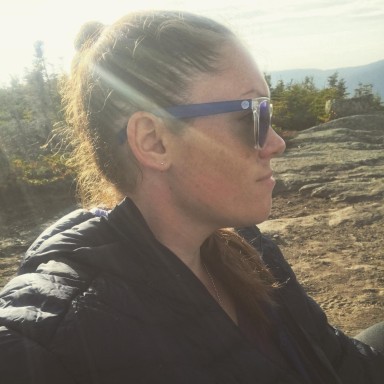 Perhaps you already have an idea of who I am, based on what you’ve been told about me. But I’m here to tell you the other side of the story. Because I’ve spent my whole life keeping my side a secret, so today I’ll share it with you, the one who came after me.

To start let’s be clear about one thing: we were both wrong in many ways. It wasn’t one-sided. Harsh words, things that can’t be taken back were sent across the battlefield from both sides. We threw our spears at each other, shot bullets that left open wounds I’m still mending, and by the end there was nothing left to salvage. The grass was shredded at our feet, dirt clots lay scattered all over the ground, like land mines made of soil and rock, torn from the ground by our rage. We destroyed our land, the two of us together, blew it apart, turned our backs to each other, and walked away. Scratch that, he walked away, I stayed.

Dropping to my knees, puffs of smoke swirled around my face, and my tears watered the ground before me. He walked away to you. The one who replaced me. The one who took him away. You took the one I never had to begin with, but wanted, just the same. For ten months I fought a battle to keep the one I never had. I darted and dashed between the harsh words he shot at me, I dodged through the bullets, leaned into the winds, and walked forward, towards him. Always towards him. And when we finally met face-to-face, he forced me to my knees. At his feet, I begged and pleaded to be enough, to be something, anything, but no. I was nothing. I was the ghost in the mist, the easily forgotten, the temporary entertainment, to him. While he was almost everything to me.

And then just like that, you entered the scene, and watched fireworks with him on a national holiday. You “just talked” around a fire pit, while I stood on the side. I became the one on the side lines. I watched as all of my hard work, all of my torment, toil, pain, sorrow, sadness, screams into the void, became pointless, became nothing. I saw my face fade to invisible in the mirror before me; watched as you took the spotlight that I fought to be in for almost a year.

I gave him my everything. If it would make him happy, I knew and would do it. I put his needs before my own, built him up again and again, was the one who put him to bed and got him up smiling for the first time, in a long time. But that smile faded so fast, and a month was all it took for the real person to show up. I took the blows, one after another, again and again. Because I thought I saw happiness at the end. I thought that eventually he would want me, eventually I would be enough. I wasn’t. I never was. And three months into your relationship with him, I’m still pushing myself back up off my knees. Still trying to get the dust off my hands.

So to the one who came after me know this. Know that there was someone else before you, and although she was nothing more than a ghost to him, to others she is more. She’s someone’s teacher, daughter, sister, friend. She’s a girl who walked through fire over and over again, on her own, to get to where she is today. She’s a person who didn’t deserve to be verbally and mentally abused by your new man for ten months. No, She didn’t deserve that. To the one who came after me, perhaps if you know my side of the story you’d be prepared for it if you end up on your knees in the dust. Watching from the side lines, as he walks away from the battlefield again.