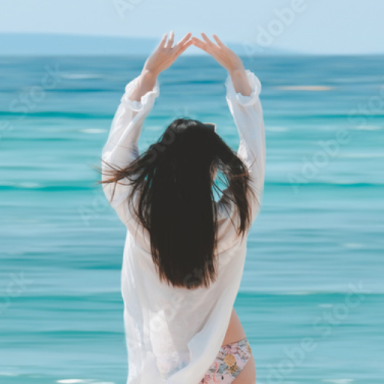 Sometimes I forget that I was born out of a decade of infertility, in my own time, 10 days late. Stubbornly independent and unwilling to accept help, curious, and brave almost to a fault. I was bucking the system and paving my own way from the moment I could walk, and haven’t stopped since.

Sometimes I forget that the early years were anything but easy, and it seemed as though the good times were outweighed by the bad. The dissolving of a family unit, two separate houses, and two separate sets of parents trying to raise two small children and a baby on the way. The baby lead to more separations, a gunshot, and the introduction of a small one-bedroom apartment with no money and alcohol breath.

Sometimes I forget that hidden below the surface, while the adults were fighting, I was finding myself victim of abuse at the hands of so-called friends. That I didn’t know it was wrong, and I didn’t know what to do, and the shame was too overwhelming, so I buried the secret inside my chest.

Sometimes I forget that the climax of it all, the lifelong impact of a tragedy, is what has made me the person I am today. How it felt to hear my mother say, “Kids, your daddy’s dead,” only days before Christmas. That the first thought in my head was, “What are we going to do with his presents?” And the scars that the tragedy left, the sorrow, pain, frustration, depression, anger, the way that single decision made by someone who thought there was no other way out impacted an entire family forever. Sometimes I forget that I got through it.

Sometimes I forget how hard it was for so long after daddy’s passing, because nobody knew what was wrong with me. That the doctors looked concerned, mom looked concerned, everyone looked worried, and nobody knew how to help. The counseling sessions, a diagnosis finally given, but still so much to work through and so much to understand. That it wasn’t just the Panic Disorder and Anxiety, it was the eating disorder nobody could seem to figure out.

Sometimes I forget how it took me years and years of fighting through the fear of dying to be able to maintain a healthy weight. The stashing of food in the bathroom, spitting it out in the napkins, the constant and incessant hiding my inability to eat. The shakes I was given to get enough nutrients, constant looks of concern from my mom as I barely touched my dinners, and an ever-present fear that I wouldn’t live to see 20.

Sometimes I forget that becoming a teenager didn’t mean things got easier — although I had learned how to manage most of my diagnoses, I added a few more to the mix. The introduction of boyfriends meant past trauma reinvented at the hands of those I trusted, and I started seeing my body as an inanimate object, a toy to be played with. Then the depression set in like a storm cloud hovering, so heavy and thick I couldn’t find my way out again. That I kept it all inside to protect those who loved me, and the only way to handle it was to set fire to the rain as it fell down upon my head. (I still carry the scars of that fire-scorched rain to this day).

Sometimes I forget that, although I was struggling with a plethora of diagnoses and past trauma, I still managed to earn all As and Bs throughout my public school career. I was accepted to a four-year college and began attending classes despite the fact that my panic attacks were bubbling to the surface. The feeling that you’re dying evolved to black-out sessions on the produce floor at work, which forced me to go home sick, all the while hiding what was happening from my family. That the panic attacks were getting out of control and I needed to do something quick.

Sometimes I forget that once the attacks were under control through medication, the depression didn’t subside, and the abuse took the place of the panic. The verbal and psychological abuse, the reminders that “he loves to fight and he fights to win” were excused by me as just part of who he was, and I stayed. For two years, I stayed where I was afraid to speak, where I was demeaned and degraded, and forgot what it felt like to lift up my head. I lived with the fear of what he would do if I left, not having anywhere to go to, but one night it got to be too much.

Sometimes I forget how I grabbed everything I could find, as fast as I could grab it, racing against time and praying I made it out the door before he got home. That I was willing to leave it all behind, to sleep on friend’s couches, if it meant having a voice again. And then the morning came and there were the car chases, police calls, and dead-bolted doors. There was fear like I’ve never experienced it before at the hands of a man I had loved. And there were threats of suicide, Glock 9mm in hand, as I swallowed my fears and walked out the door.

Sometimes I forget that after finally finding the love of my life, when everything was finally perfect and right, the panic attacks came back. And they didn’t just come back, they bulldozed down my front door and set about a hurricane through my house. I spent so many days lying on the couch, thinking I would never get back up again. So many nights praying to fall asleep as the tremors shot through my muscles and the struggle to breath sat in my lungs. And it took months and months, every type of medication available on the market, and weeks unable to leave the house, before I could feel the weight of the winds revolving around me let up.

Sometimes I forget that after so many years of joy and peace, so much happiness and love, that things can still become hard. But with the hardness comes strength and with the trials come lessons learned and lives changed. That a long, long time ago I was conceived and born despite a decade of infertility. That I fought through every trial that came in my path almost entirely on my own, despite being so young, and was able to still flourish. That I have stared down my demons in many different forms and faces, with feet planted hard into the soil and fire in my eyes.

And I will never forget that all of these terrible, horrible things have molded me into who I am. May I never forget who I am again.