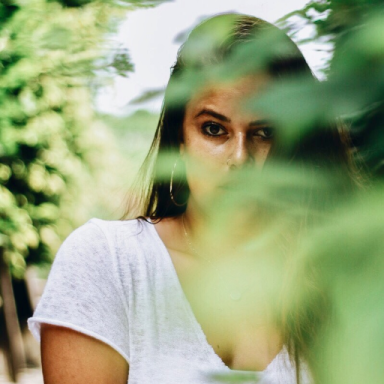 Everyone talks about hitting their rock bottom moment. The moment they knew the decision they were making was terrible, and they needed to change. These decisions could be in any capacity—about drugs, alcohol, or in my case, people.

In reality, I think I’ve hit my rock bottom moment multiple times and just ignored the signs. Maybe I’m a glutton for punishment—it would explain the years of bad decisions that left me wondering what’s wrong with me. From the guys who promised one thing and, once they got what they wanted, disappeared like they never existed, to the friends I went above and beyond to be there for, only to disappear at the first sign of me needing help.

I wish I could say I came to my senses when I was referred to as “nothing important.” Yet that would be a lie. I chalk that up to be young and naive. Or maybe it should have happened when I was left alone in a guy’s room, only to receive a text that he and his friends went out for food. It probably should have happened when I woke up alone, without so much as a text. Or maybe it should have been finding out my friends created a group chat to talk about me.

But this isn’t a place for me to list all of my horrible decisions (and trust me, there’s more) or to call out those who have wronged me. Instead, it is to make a point that while all of these could have been my rock bottom moment, I let the treatment continue because, for some reason, I believed it was the only way a guy would look at me. But something I’ve come to discover is that it doesn’t have to be one moment. Yes, that could have saved me from countless crying nights, but it also made me stronger. It allowed me to come to my aha moment on my own.

Because from all these shitty moments and all the times I spent crying instead of living life, I want to become someone I can look back on with pride. I’ve come to the conclusion that I deserve better.

Better than waking up alone after spending the night with someone I thought meant something and then never hearing from him again.

Better than being ghosted by a guy who claimed he loved me after sleeping together.

I deserve better than being told if time machines were real, they’d go back and make sure they never met me.

I deserve to be more than a one and done. And I deserve friends who care about me for me.

And so should you.

I aspire to Inspire