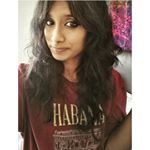 Why is it that for something as common as mental health issues, there is still a stigma around it in a workplace environment? Yesterday, I saw a tweet which said ‘Everyone thinks depression is a disease until you try to call in sick to work’. I have never felt comfortable calling in asking for some time off because of my mental health. I haven’t often felt comfortable talking about my mental health at work either. This resonated so much with me that I had to find out more.

According to UK mental health charity Mind, 1 in 4 people experience a mental health problem each year, with anxiety and depression being the most common. About 40% of people have had suicidal thoughts and intentions, attempted suicide or have self-harmed. In a country of millions, that’s a staggering amount. But why is it that there is still a stigma around it, especially at work?

I posted the tweet mentioned above on my Instagram story and asked my friends and followers to vote if they find it difficult to get time off work because of their mental health. Not a single person said it was easy or that they feel comfortable doing this. Not one. Considering this was answered by mainly those under the age of 30, it only makes me wonder how their thoughts and feelings will progress as they get older and pass through their career.

I remember when I got this job, which was my first after graduating, one thing that did get flagged up in the process was my mental health. I was open about my diagnosis and the medication I had once been on, naively thinking, ‘Well it’s common, so why would it be an issue.’

It almost was an issue. I had to have a telephone assessment with a complete stranger who I had never spoken to before, and they would deem if I was ‘fit to teach’ or not. It was uncomfortable, to say the least, have them tell me whether I could do this job or not but also let me feeling terrified that it would jeopardize my job. I didn’t feel I could talk completely honestly and openly without risking everything.

Now, even after I have gotten the job, it something I don’t feel comfortable raising. Instead, I drag myself out of bed, don a smile and hide behind a facade because I don’t want to risk or ruin anything I have.

A study was conducted in late 2017 over 2000 workers, where 38% said wouldn’t talk about their mental health openly in fear of it risking their job, the way they are treated at their workplace and any other job prospects. Even though there are so many guidelines and training through an organization like the HSE (Health & Safety Executive) and various charities, it’s still a very big issue. I know some people worried that their employer will judge that they can’t do the job properly or assume the workload is affecting their mental health (raising the question ‘are they competent?’), whereas others have said that they are worried that if it is a long-term leave that they need or a regular occurrence, that they might lose their job to someone who doesn’t present these ‘issues’ to the employer.

If you have broken a bone, or are off with the flu, it’s so easy to call in sick and ask for time to recover. You’re not left with a feeling of doubt; you aren’t left worried that you might lose your job or that you’re going to be treated differently when you return. It should be the same for mental health. In fact, it should be much easier and there should be more support for mental health – employers should be present and available to provide any aid their employee needs. I know organizations do have support in place that their employees can reach but if the conversations aren’t really happening, and people aren’t being made to feel comfortable about it, having the support in place won’t be as effective.

21 year old Engineering student who openly writes about her life experiences, mainly her depression, in order to help fight against stigma and discrimination.