January 1st brought us new diets, new to-do lists, and of course, all of Friends on Netflix. We celebrated this treasure with marathons, Instagrams of our favorite episodes, and anxiety attacks when we realized we’re the same age, if not older, than the cast of Friends in season one. Terrifying.

If you’re a die-hard Friends fan, I assume you want nothing more than to hang out with them in some alternate universe. While you’re pining away for that to happen, here are 5 other friend groups you might wish you were part of (because I do, so much). I realize people are going to name a bunch that I missed, but isn’t that the beauty of television? MAY WE NEVER STOP DREAMING. 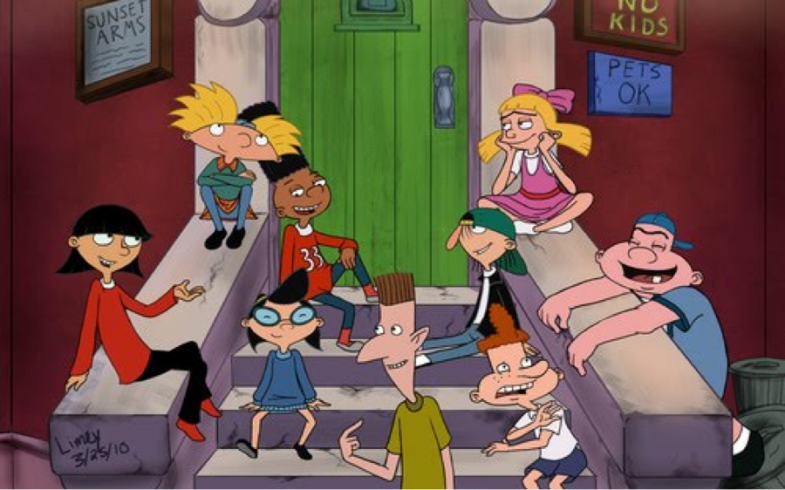 It’s always been a dream of mine to be 2D, but especially 2D in the Hey Arnold! universe. Come on, these kids had it MADE! They were what, nine years old? Roaming the city freely? They never got kidnapped! They always had enough subway and bus fare! Plus, one time their entire city flooded and it turned into some kind of metropolis pool and they floated around. The dream.

I mean, if you’re dream isn’t to treat yoself with Donna Meagle and Tom Haverford, do you even know what dreams are made of? I can’t think of anything cozier than the folks of Pawnee’s Parks and Rec department. I love them. I want to hug all of them. I want Ron Swanson to make me breakfast, I want to hit up the Snakehole lounge with Tom and Donna, I want to take Champion for a walk with Andy and April, I want Jerry/Gary/Larry’s family to sing to me. They are all perfect. And of course I want to play a game of Cones of Dunshire with Ben and then google image Joe Biden with Leslie. They are all perfect.

Tumblr just called and they heartily agree. Who doesn’t want to hang out with the men of BBC’s 221B Baker Street? Who doesn’t want to grab a cup of tea with Molly Hooper, or go on an adventure with Sherlock? I dream of this world. Thank God for fanfiction, AM I RIGHT?

4. Keeping Up With The Kardashians

Now you might be scoffing, rolling your eyes, and exclaiming, “THE TITLE SAYS FICTIONAL.” We can all agree Keeping Up With The Kardashians is probably more fictional than some scripted television shows, correct? I LOVE THESE CRAZY, BEAUTIFUL, INSANE, DYSFUNCTIONAL, WONDERFUL KARDASHIANS. This holiday break I kept the mimosas flowin’, didn’t change out of my fluffy white robe, and burned through season after season of this show. I consider it therapy. I don’t have to think, I don’t have to care about anything other than WHERE is Kim going to move after the birth of North West? Can Scott just GET HIS SHIT TOGETHER? Why are Kendall and Kylie always fighting!? My love for them runs deep. 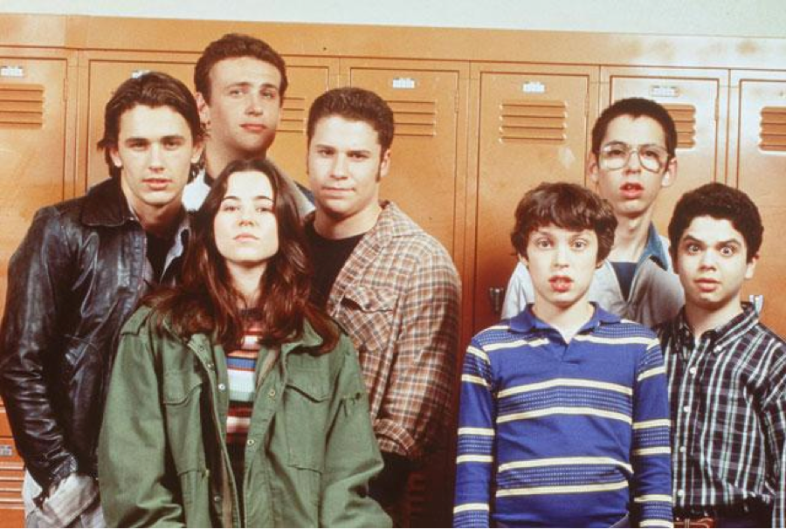 Ahhhhh, the angsty, high school dream. If you’ve watched this show, you were bound to dream of walking the halls of William McKinley High School in Chippewa, Michigan. We’re all just trying to figure out who we are, yes?

This is just a little snippet of worlds and friends that I wish were real. Go forth and dream, readers! What are some television show friend groups you wish you could be part of?