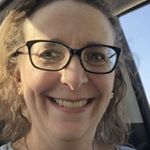 When we hear about people’s afflictions, they usually start by saying, “I discovered I had this disease when….” Back in my day, no one spoke of mine. I simply experienced symptoms and did not know to further investigate. My body wasn’t aching, I hadn’t broken a bone – I didn’t have a fever. Little did I know when I started my sophomore year of high school I was displaying symptoms of depression. I had a great summer before that fall, though once I started school, I couldn’t do anything. It was puzzling since my past grades reflected good to excellent achievements. Then, one day out of the blue, after my teachers were telling me I was failing my courses, I started studying and everything fell back into place. My “D” average jumped to Bs and As. I think I shocked my history teacher. He looked dumbfounded when he handed me a test back with an A+ score.

During my junior and senior years, I gained weight and met responsibilities during the fall semesters. However, during the spring semesters, I lost 25-30 pounds and was on top of the world. I have mostly happy-go-lucky memories of summers during high school, until the vacation to Spain with my childhood best friend. I might not have known what was going on, but I knew something was terribly wrong during that trip. I was so down and felt awful. I had no idea why. It certainly couldn’t have been those beautiful beaches in Costa Brava…I thought maybe I was homesick. Once we arrived back in the country, I flew home immediately rather than spending another three or four days with my friend’s family. I had no idea this was the beginning of a life-long struggle with Bipolar Disorder.

I continued having depressive episodes until I transferred to an out of state school in Colorado after my junior year in college. I was offered a summer internship at a Denver television station that I couldn’t pass up. The experience at the station was amazing. I went out with journalists covering all types of stories and learned about the entire process of creating a newscast. That fall when I began my classes, I noticed some drastic changes. I was incredibly manic and made some ill-fated decisions.  My uncle, an MD practicing near Denver, found out about my situation and instead of finding me and taking me to get care, he had me picked up by campus police. I went to a place I don’t remember well, and soon after my brother-in-law was escorting me on a plane to get home. I carried lots of anger toward my uncle for years and didn’t contact him. I had been interacting with his daughters while I was in Colorado, and they had no idea what happened to me. No one in his family had a clue what was wrong with me for years. I realized this when I went to a family reunion 18 years later. I approached one of his daughters and asked if she knew my diagnosis, and she said, “No, I never found out.” I shared it with her at that time. Wow, this was amazing and made me recognize firsthand how much stigma was associated with mental illness. I never reconnected with my Uncle, but I realized much later he most likely handled my “crisis” to the best of his ability and simply wanted to ensure my safety by instigating a plan to get me back home to my parents.

After I arrived back home, I fell into a very deep depression. I wasn’t in school the remainder of the fall semester and the following spring semester. I became so depressed, I was almost delusional. One day, I couldn’t stand it anymore and tried to take my life by taking pills. Fortunately, I reached out to my mother, who was a Docent at a museum. Somehow in this 20,000 square foot structure, my mom was near the front desk phone and was able to talk to me. She immediately called 911. Before I knew it, the doorbell rang, and I saw the paramedics. I blacked out after that, and when I regained consciousness, I was in the hospital. My stomach was pumped, and I don’t remember much, but I was happy to be alive! I stayed in the hospital for a few weeks, but after I went home, I went back two other times in the next couple of months. My psychiatrist treated me while I was in the hospital, and essentially I was so drugged I didn’t know exactly what was going on. Weeks later, my doctor provided the diagnosis of Manic Depressive. (The illness was not called Bipolar Disorder yet.)

I started to get better, and my father instructed me to fill out an application for the upcoming fall semester at my original university in Oklahoma. I credit him for nudging me to get back to college and complete my degree. I went back and had an all-around good experience until I graduated. I did experience several episodes while in school, which involved my parents driving a couple of hours to pick me up and care for me for short periods of time.

The year following graduation, I lived at home and worked as a freelance writer for various local magazines. I was depressed most of the time and didn’t know what I would do in the future. I worked at a few companies as a “temp,” and was doing okay. But, then I started getting manic again. One day, I simply skipped work and drove four hours to Dallas to do some shopping with a friend. I called in sick, and I was fired because the phone call was obviously long distance. This incident evolved into another rescue by my parents. My mom and dad were vacationing in Colorado. My dad flew home and took me to the doctor. This doctor prescribed lithium in an effort to combat the illness. I flew up to Colorado with my Dad, and I reconnected with a friend who graduated with me. He was working in Dallas at a television rep firm and mentioned there was an opening. I had progressed so much, I convinced my parents to let me fly home and drive down for an interview. I was offered the position, packed up my car and headed to Dallas, where I currently reside.

While on lithium, I was so stable I wondered if the diagnosis was correct. I took this “miracle” drug for 14 years. Then, following the biannual blood work in 2002, I had to quit the drug immediately. Unfortunately, lithium can affect kidney function.  My latest test results revealed a sky-high creatinine level. My kidneys were functioning at less than 45%.

At this point, I began the journey of trial and error with all the other psychiatric medications out there: anti-depressants, anti-psychotics, sedatives, etc. You name it, I tried it. Some didn’t work at all. Some worked well for awhile, but none of them kept me stable for more than six months to a year. One Christmas morning, as I was crying uncontrollably, my sister insisted I make an appointment with her psychiatrist. I connected with him from the very first appointment, and I am still seeing him to this day.

Thankfully, for some reason, I have not experienced full-blown mania while living in Dallas. I have had a few hypo-manic episodes, but nothing that disrupted my life. However, the depressive cycles became more prevalent and intense as the years went by. As my depression worsened and I became treatment-resistant with medication and therapy alone, I moved on to other options. I tried TMS (Transcranial Magnetic Stimulation) to no avail and then as a last resort began a series of ECT treatments (Electroconvulsive Therapy) and continued these nearly every two weeks for two years. Meanwhile, in 2005, I started taking short term disability leaves from my employers. By the time I worked at the third company while intermittently taking leaves, it became increasingly evident I needed to stop working altogether. I held on to my last position for seven years – I simply didn’t want to leave the workforce.  I loved working, and my identity had always been tied to my career. But, at that time I was on Long Term Disability and was not present enough to carry on with my job duties. I finally retired in early February 2017. A few months later I filed for Social Security Disability and secured the benefits in September 2017. I was very fortunate to have had some very understanding and supportive managers during all of these mental health leaves.

Since severe depression was my “normal” for so long (from 2005 to the middle of 2018), with just weeks of relief here and there, I was extremely surprised when it lifted in June of 2018. I started seeing a new therapist and finally took the advice from numerous doctors and therapists to incorporate exercise into my routine. I started walking nearly every day and a few weeks later, my depression was gone. I was stable for about six weeks before falling into another down cycle. However, it was not nearly as intense and did not last as long – a few weeks later, I popped back up to stable again! Since then, I have had ups and downs, but I am handling the moods better now. I am still walking daily and utilize more coping mechanisms than ever before. I am happy to report substantial progress, which I never believed was possible.

Adjusting to life outside the working world has been quite challenging. But, with the assistance of my health care team, I have learned that my identity and worthiness is not tied to my occupation. Although I didn’t realize it at first, I am valuable as a person regardless of how I spend my time. I have been able to volunteer at a no-kill animal shelter and work part-time at a gift store. I have found ways to feel productive while staying as stable as possible, which is imperative for maintaining a healthy lifestyle with bipolar disorder.

I am not trying to tell you how rough my life has been, because I know everyone has something. And, so many people have much more difficult challenges. I wanted to share my story to let all those living with mental illness realize we have to keep plugging along at a pace we can handle. We need to be kind to ourselves and just do the best we can. In addition to my ever-changing medication regimen, my psychiatry, and therapy visits, I also attend a wonderful bipolar support group weekly, offered by a local DBSA (Depression and Bipolar Support Alliance) chapter. All of these tools help me stay on track, along with the loving support of my friends and family.