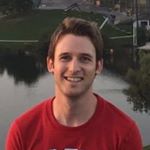 Don’t date a man who writes. He’ll lose himself in you just like he gets lost in sand dunes, cyberspace, and 18th century London. He’ll gaze out the window for hours on end, not listening to a word you say. Worse, when he returns, he’ll still dare to hope you will listen to his harebrained ideas, ridiculous plot twists, and random connections of topics. Craziest of all, you will want to. Not because of the glimmer in his eye, but because you’ll spot your reflection in his reflections. Sometimes, he’ll even say it: “This character reminded me of you.” Maybe, it’s not so bad to be lost.

Don’t date a man who writes. He’ll leave no stone unturned. He’ll process every action, every blink of an eye, every thought you share with him. It might not show up on the page, but it’ll sizzle under the spotlight inside his mind. He’s restless. Conscious. Conscience. It’ll always squeeze the truth out of him. Even if it gets ugly, he’ll spell it out clearly. And you will read him like a book.

Don’t date a man who writes. He’s the harbinger of existential crisis. Being a creative, he’ll be in one that never ends. Then again, aren’t we all? At least, you’ll crisisize together, whatever that means. Whatever it all means. Does it matter, really? Maybe, it’s just his way of saying: “Don’t change that you’re changing. Keep moving. Thinking. Crumbling. And then putting yourself back together. Except from now on, let’s do it together.”

Don’t date a man who writes. He’ll never have a stable job. If he does, he can’t wait to get out of it. To get out there, wherever “there” is, and share his ideas, even if the pay will sometimes take a hit. He’s too stubborn to give up on his dream. Worst of all, on a long enough timeline, he’ll expect you to do the same. To stand up for yourself, go for the life you want, and fight for what you believe in — even if it sometimes means fighting against him. He knows what it’s like to face a lonely battle, so he’ll always try his best to support you, be willing to talk and make up, no matter which exit you each consider taking on your individual lives’ highways.

Don’t date a man who writes. He’ll be an introvert. We all know what that means, right? Actually, he’ll think we don’t. As much as he loves his quiet time, hacking around on his keyboard in solitude, and simply taking walks, he’ll also love breaking out of his own shell. He just prefers doing it together. He won’t choose people just to be with people, he wants real companionship, partnership, and if you’re the Bonnie to his Clyde, he can’t wait to explore the world with you.

Don’t date a man who writes. He’ll be a hopeless romantic. He’s seen every cheesy movie you can think of, and he’s forever on the hunt for the next, grand, romantic gesture. He won’t always follow through, and, sometimes, he’ll blow right past the finish line. You’ll have to show him what you like. What’s actually romantic, and that love doesn’t just come in big boxes but in the faintest of gestures. He might not know what that’s like. He’ll long for your touch and not just sexually. A tiny, caring brush on his cheek, your hand in his hair, your arms around him as his head rests on your chest — that’s what he really needs, and he’ll secretly wish you want the same from him.

Don’t date a man who writes. He’ll be such a softie. Emotional, sensitive, and full of adrenaline. He’ll try too hard too fast, overthink things, and desperately want to do right by you, himself, and everyone else. It’s an impossible task. Sometimes, he’ll collapse into a puddle. You’ll have to stir him, hug him, set his head straight and then pour him back into a cup. If you do, however, you’ll always have warm hands. You’ll hold a source of kindness — in your hands, with your hands — hold his hands. Never let the cup stop glowing, for it’ll always radiate love.

Don’t date a man who writes. There’s an endless universe in his mind. Probably more than one of them. Sometimes, they’ll be too much for either one of you. Sometimes, you’ll both want to cry. Writing is how he thinks, loves, lusts, hurts. It’s how he feels and how he lives. Don’t stop him from writing. Let your tears be his ink. In time, they’ll dry on his paper. He’ll turn them into beautiful springs. He’ll build a garden around the two of you, where the flowers smell of happiness, the water never runs out, and the birds forever sing. No matter how far he ventures, he’ll always return to you, and he’ll always bring a gift.

Don’t date a man who writes. You’ll never know if he loves you more than his craft. Of course, to him, the two are one and the same. A writer is always writing. Even if he hasn’t picked up a pen in months. He’ll love you because to him, you’re the best story ever told. The only way to tell his. Two characters in the same story and the only way to find out the ending is to see it through to the end.

Don’t date a man who writes. He won’t know what that is. “Dating.” All he’ll know is he must love you, love you like his pen, and, if you let him, he’ll hold on to both of you until his dying breath.

I tell stories to help you live better. Find me on Medium: @ngoeke