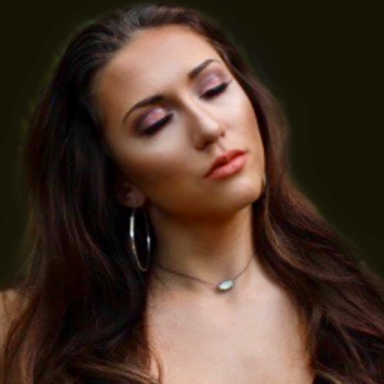 By Nikki Halsted Updated May 8, 2021
Photo by Carl Heyerdahl on Unsplash

By Nikki Halsted Updated May 8, 2021
Photo by Carl Heyerdahl on Unsplash

This is coming from someone who notoriously outspoken on social issues. Matter of fact, I never had a problem with the phrase “silence is complicity” until seeing how many people have been blasting, unfollowing, and blocking anyone who doesn’t uproar online after every major headline on injustice surfaces.

I somewhat used to be one of those people. As someone who is passionate about civic education, I always championed the idea that getting involved is part of our civic responsibility. If we want effective leadership, we need to effectively organize, vote, and use our voices. Except woke culture upscaled our expectations far beyond what most of us were hoping for.

The whole idea behind “silence is complicity” is a double-edged sword. Yes, silence can mean one is complicit, but what happens when everything is falling apart at the same time? More importantly, what happens when we’re all screaming over each other while trying to cancel anyone who is less performative about how they play their part?

I’ll tell you what happens: People shut down and burn out.

The initial goal of the whole “silence is complicity” was to urge people not to look away from injustice and to speak up as needed. It was to help victims find a voice and overcome intimidation. Now people overuse this term to excessively demand explanations from everyone, victim or not, while holding ultimatums over their heads.

It’s great that more of us are becoming civically engaged. Bringing transparency to serious public conversations is inspiring much needed change. I’m not saying we should be silent or not hold people accountable. However, as more people are growing frustrated with social and political outcomes, some people are also attacking anyone who doesn’t adopt a vigilante complex.

Quite frankly, it’s toxic and will be our undoing if we aren’t careful.

Leaders and organizers of social movements have well articulated the fact that caring about what’s going on isn’t a matter of performance.

This includes all social groups and movements. Activists have openly expressed how important it is to take care of yourself, build on small but productive changes, and to show up for the cause when you can. It’s the screaming crowds on social media who are promoting burnout culture in activism and civic participation—when burnout is the last thing we need in an area that makes or breaks democracy.

It’s even happened to me. Just because I suddenly stopped sharing posts and graphics, that apparently means I only cared to be “performative” the whole time. In all honesty, I’ve just burnt the hell out—from personal life, the social world, to everything in between. I know for a fact that I’m not alone on this.

Some people are having tough conversations with family members at home while others are prepared to take matters to social media. Every effort counts in this case. There’s a difference between being active and performative.

Some aspects of woke culture are still the driving force for change that we need. It’s great we’re taking social issues and people’s experiences much more seriously. Social awareness should be the new norm, but not when we’re borderline unforgiving towards people who more or less deserve some empathy.

Dividing each other based on what we don’t say is counterproductive and hypocritical.

People say that “what you don’t say speaks more than what you do say.” Sounds poetic and all, but we actually put assumptions over dialogue when we say this. I agree that insinuations from what is unspoken can send a strong message. However, it isn’t conclusive either. Reducing someone’s character to what is unspoken is unfair on all levels.

I get it—we can tell when some people are complicit. Then again, there’s a point we must humble ourselves on the fact that we may not fully understand their situation. Maybe someone is being quiet because they’re confused, nervous, or that’s just their temperament. Some people are terrified of saying or doing the wrong thing, so they prefer to avoid it altogether. Some people are private and prefer to work through their understanding of social issues alone.

Not to mention most of these interactions take place online more than anywhere else. It’s damaging to mental health when strangers are making assumptions that silence on an issue reveals a fundamental character flaw when that’s not always true. Demanding that people must have something to say every time something happens is unrealistic. We can demand it all we want, but not everyone is inclined to an opinion or confrontation. They’re entitled to their own silence the same way everyone else is entitled to their own opinion.

Oh, and this goes for everyone. I saw a BLM influencer on Twitter defend herself after someone accused her of being “silent” for not posting much about Asian American hate. I believe the person sincerely apologized and meant well, but it’s the fact woke culture is bringing out this ugly side in all of us, myself included. I’ve seen situations like this among different social groups. No group is exempt—it is everywhere.

This is what I mean when I say we’re bringing the burnout to civic participation. We want everyone to be an activist in every area when most of us don’t have that time or energy. Some people then feel pressured to do more, even if they don’t know how to or it comes at their own expense.

Some people are willingly spewing hate online. While we ignore them because they’re “trolls” who don’t deserve attention, we end up projecting the frustration onto quiet or less informed people who have legitimate concerns and feelings. Remember, this is all subconscious and often unintentional.

We’re not only having difficult conversations but multiple ones all at once.

It’s a lot of information to take in and process. It’s beyond me why people want everyone to constantly speak up. For God’s sake, we can only focus on so many people talking at a time!

Silence can be a good thing if it’s used to amplify the voices that want to be heard. Meanwhile, those who want their voice heard but are perhaps inexperienced will silence themselves because they see what happens to anyone else who is wrong.

Some people are pressured to speak up, especially those with larger online platforms. In some cases, it’s an innocent attempt at solidarity that is poorly thought out. Then when they mess up what they say, the online mob shows zero mercy for their mistake. We see this with celebrities and influencers who I think had good intentions, yet their efforts still backfired because they have no clue what they’re doing.

Expecting others to put in the work to sincerely apologize and make up for their wrongdoing is fine. Pressuring them to stand for something, just so we mock or belittle them if they don’t do it perfectly, is straight up gaslighting. The hostility makes people either want to disengage or get defensive, neither of which is helpful.

“Must be nice to be privileged where you can be silent.”

Again, this is another cultural gaslighting attempt. It’s one of the most unsubstantial arguments in the book. Privilege undoubtedly contributes to pretty much every social issue we are talking about. Noting my example above, however, clearly those who aren’t privileged are especially burnt out too because they’re the ones taking on the most work. However, no one is spared with woke culture.

It’s not even a matter of feeling entitled to our own voice anymore. Some people feel way too entitled to others’ voices when it’s not really their place to.

I think a better way of saying it is that indifference is complicity.

Indifference is complicity when people watch the suffering of others and choose to ignore or enable it. The idea that someone is complicit strictly because of what they don’t say is insensitive and narrow minded. Someone might express indifference through silence. Then again, silence allows others to listen and engage much more effectively.

If you ask me, I’d much rather have someone keep to themselves than provide insincere lip service and repeat everything back to us.

We constantly overlook how much value there is in listening.

What people forget is how there’s two sides to communication—speaking and listening. Some people sit back and observe the conservations. Some people donate in silence while others shut down because of the anxiety. Some pray and even cry before bed every night because watching others suffer is exhausting, especially as everyone is to some extent overwhelmed at the moment with the pandemic. So who the hell is anyone to call people like this “complicit”?

The reason many people aren’t embracing their roles as listeners, again, is because of this pressure we put on each other to speak up regardless of whether someone wants to or not. In a culture where there’s more people who want to be queen bees rather than drones, we often assume that everyone has to lead the conversation when that isn’t necessarily true.

Some of us are talkers while others of us are listeners. The assumption that others are contributing to the problem because they’re being quiet about social issues is just asinine.

Don’t even get me started on how some people react when one asks a genuine question, stupid or not.

Our view of “common sense” isn’t as common as we think. A general understanding of something is nothing more than that: a generalization. It’s one thing to raise an eyebrow yet answer the question, but people use questions as an opportunity to make an example out of anyone, all while they will barely answer the question!

It goes back to the grandeur performance of woke culture. The “woke” police, if you will, are more concerned about what is heard rather than what is effective.

This is a grave concern for our civic discourse that must be addressed.

Today’s issues are increasingly complex.“Silence is complicity” has good intentions, but now people are spreading themselves thin to accommodate excessive social demands with their personal life based on the notion that being quiet is wrong. Again, it’s woke culture that is misrepresenting what silence as complicity actually means. We shouldn’t be so harsh on people who decide it’s not their place to speak or stand for something.

We’re more socially “woke”, but we’ve lost touch of how we treat people as individuals in the process. No matter how much our awareness is growing, our education system has failed us on such a fundamental level that most of us aren’t prepared for healthy civic discourse. Even the most socially educated individuals struggle with this when we become frustrated and therefore patronize others when they don’t “get it”. I’m guilty of this myself and am trying to do better.

There will come a time where others will be ready to speak for themselves. Until then, people aren’t wrong for staying quiet, and no one else is suddenly correct when they try to speak up on their behalf. Preventing burnout in civic participation should be a new goal of all social movements. It all starts with ousting woke culture and calling for civic responsibility.

The Art Of Mana’o

The Magic Of Being Quiet

Love, Jobs, And Communication In The Time Of The Instant Message

When Someone Is Quiet, This Is What They’re Really Saying

This is What Being ‘Woke’ REALLY Means, Because It’s Not All Twitter Rants And Clever T-Shirt Slogans