You were so torrentially toxic to me I had to slice my own veins to get you out.

There was more chaos in the way you loved me than there was in the winding weather storm that broke every window in the house we called home, you turned that home into a house.

You claimed momentary insanity, like your hero Hercules, the day you used your fists for the first time, the same insanity that plagued Hercules when he slew everyone he loved. I wonder if there was a storm where he lived that day too.

Harbinger made of hemlock and heartache, hurricane made of hurt and heartbreak, you were Hera’s lesson of harm and habit, you were impossible to break, but I too, like you, have hidden the strength of Hercules somewhere inside this harbour body that used to welcome hurricanes. I too have always known siren songs that have bewitched men with more ancient madness than you could ever imagine. I too have spoken words that dripped with cruelty like a soldiers sword in a battlefield, I do not use these abilities against you because I have learned, I have learned that when you destroy someone you love…there is no coming back from that.

I was tied to my heartache the way Prometheus was tied to his mountain the day I met you. In my eyes, you were Hercules then. Freeing me from my destructive punishment, allowing me to finally breathe free. And like Prometheus, I too forgot that Hercules was the son of the same God who punished him so cruelly. Our love became the new mountain I was tied to, the eagle forever circling to, waiting for it’s moment to draw chunks from us again.

There is no building from the wreckage of two broken hearts lying in the battle fields of an Olympus that will never be great or beautiful again. I wish you had seen that before I had to force you out of my blood by draining the poison you pumped into me during a war, poison I drank like it was the antidote to my war wounds.

Do you think in the moment Hercules realised that he had killed everyone he loved, he chose to do those twelve tasks not as an apology but as a suicide mission?

I’m drunk out of my mind, and I just wanted to say that you are no Hercules, there is no honour in the way your fingers threw me across the room, with intent to harm. There was no madness in your eyes. Just hate.

I’m sober as I can be and I just wanted to say you are no Hercules, because at least he grieved killing those he loved, whereas you didn’t even feel sorry for shattering every part of me that you claimed to love.

I love you and I hate myself for loving you.

I hate you and I hate myself for hating you.

On the day Hercules completed his twelfth task, he travelled to the sea. Sitting there on the cliffs, he saw the oncoming hurricane, as it drank from the sea. He dove into the water, hoping…praying it would take his life with it. Instead, it delivered him back to the harbour where a man called Jason was just about to set sail for the golden fleece. And I learned that the Gods did not want Hercules to die. Just like the Gods did not want our love to live.

Nikita Gill is a poet and the author of the book Your Soul Is A River. 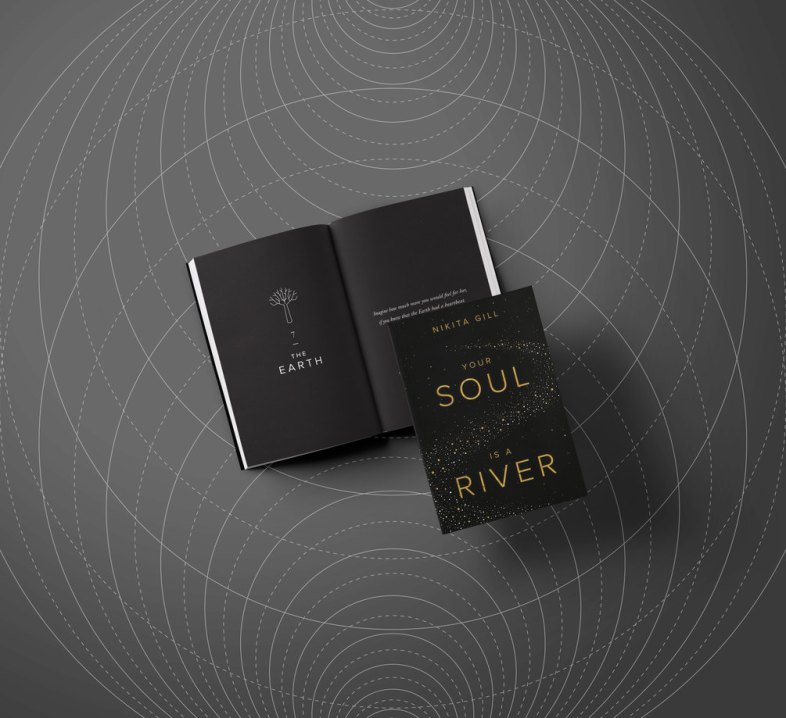 Your Soul Is A River is available as a physical and electronic book. You can buy it here.

Why I’ll Never Have An Online Relationship Again