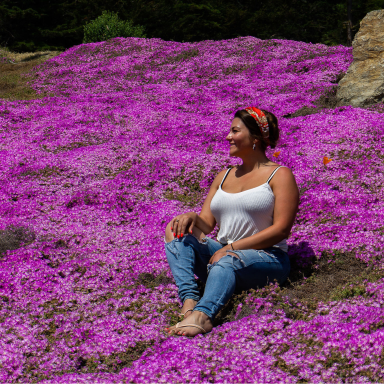 By Nikita Bee Updated June 4, 2018
shutterstock.com
Yesterday I read this article, and in an attempt to get some clarity for the men of the world, this is one lady’s answer to ALL those burning questions!
Disclaimer: I am not all women of the world so I cannot answer for all women of the world. Read these answers with the knowledge that just as all men are different, so are all women.

1. As someone who isn’t very outgoing, and who studies in a male dominant field and in a male dominated workplace, I don’t really meet a lot of you. Any of you don’t like going to clubs/discos/bars? Where do you go instead?

A lot of women don’t enjoy clubs/discos and bars. I like going to clubs and bars every once in awhile, but it does get old. As a multi-faceted female, I also enjoy outdoorsy things like hiking, biking or swimming…

2. After thousands of years, why haven’t you realized that we don’t pick up on subtle hints?

We’re probably trying not to nag you. Or bother you. We think if it’s something you want to do, it will have already occurred to you and we’re using those subtle hints to let you know that we also want to do this thing.

3. Are you seriously expecting an honest reply to “does this make me look fat?”

No. (And honestly, I never ask that question unless I’m prepared to hear you say yes. Just stop, women!)

4. Were you all born with perfect penmanship?

No. But we strive to make it as cute and bubbly as possible, at all times. You’re welcome.

6. Why can’t you decide where you want to eat? Too many choices? You like all dishes known to man? You can’t tell the difference? TELL ME!!!!!!!

Too many choices! Narrow it down to two or three and then give us the choice between those. Or we just really, honestly, don’t actually care and would be fine with whatever decision you make. In which case, don’t hound us to make a decision, make it yourself and if your lady doesn’t like it then she can staaaaaaaarve!

7. What do you store in your handbags? Seriously, there seems to be an item for every occasion.

Everything. Literally. In my handbag as of this moment I have: a book, a journal, a pen, keys, wallet, an iphone charger cord, headphones, receipts, important papers, 5 different types of Chapstick/lipstick, my contacts, sunglasses…and that’s not even half of it.

8. If your S/O gets soft or is unable to perform sometimes, do you think about it? Does it affect you and your wish to stay/leave said person?

No. No adult woman would leave a person based on a few “technical difficulties” like that. BUT — if there are more issues in the relationship than that then yes, she might use that as another point against you…

9. Why do you pepper spray me so often?

Idk, why do you keep telling me to smile?

10. How offended would you be if someone called your eyebrows ugly?

Again, I can’t answer for the whole of the female population, but sooo offended. I used to have thick caterpillar eyebrows, and now, (with A LOT of regular maintenance) I have nice thick, angled eyebrows which I am very proud of. I put a lot of work into these babies!

11. Can you please also take charge in a relationship? I (as a guy) don’t want to be responsible for every single thing that happens between us.

Sure! Thank you for your direct and honest communication!

12. What’s with all the rage over leaving the toilet seat up? Would you rather we pee on it?

Here’s the problem I have with the toilet seat up: No problem. BUT — if you leave it up and you pee all over it so that when we have to put it down we get urine all over our hands…THAT I have a problem with. Clean up when you’re done!

13. Why do you go to the bathroom in groups?

So we can talk about you. *Muahahaha* (It’s funny because it’s true.) Or we don’t feel safe going to the bathroom alone. Or we need a feminine product from one of our friends. It’s not that we’re physically incapable of going to the bathroom by ourselves, but when we’re with a group of girls it’s just more fun that way!

14. Is there a female equivalent of “smelling hands after scratching balls”?

Probably…like pulling one’s hair out of one’s butt crack in the shower.

15. Do you want us to fight a guy if he’s getting up in your face or do we just leave it because you can take care of yourself?

If the guy is getting in our face/violent, just step in front of him to protect me. No need to be violent back, unless he actually throws a punch. The response to that is up to you.

16. Is there ever a good time to send a dick pic or are they all as reviled as the Internet makes them out to be?

If you’re in an actual relationship or she’s specifically asked for one.

17. Do you really find attractive guys “cute and romantic” when an ugly one doing the same thing is “creepy,” or is this just a running joke?

It would be funny if it wasn’t so true…but yes, a lot of girls think this way. I try not to, but to be honest, it’s come up. Just be a person who treats me like a person before being a man trying to get with a woman and you should be okay.

18. I’ve spent a long time studying women and how they tic both sexually and romantically. I think I’ve learned a lot but one thing I’ve never been privy to is what girls talk to each other about when talking about guys. I’ve been told it gets rather detailed.

Yes, it can get that way. We’re probably talking about your physical aspects vs. personality aspects and if they all add up to be somebody we would want to pursue (or be pursued by!).

19. Why do you wear such provocative clothing but complain about creepy people checking you out.

I absolutely hate it when girls do this. And it’s hard to explain why they do it. Here’s the thing… hen girls have spent hours getting ready to go out, it’s not a big deal because they expect it. They look damn hot! But when they go out in their work clothes, for example, like black slacks and a business casual shirt then they expect you to (at least) be more subtle about it. Here’s a good rule of thumb: just because we look good in our clothing doesn’t mean you need to point it out. Especially if we barely know you.

20. When you look at me a bunch of times but never when I look back, what does that mean exactly? Am I a freaky fascinating subject to talk about with your girlfriends later? Or is my shirt on backwards or something? Or are you just checking me out, and if so, why do you look away like you’re totally not interested when I look your way?

21. Why is it that guys have to pretend not to be interested in you for you to like them? In my experience the less interest you show to a girl the more she wants you. It doesn’t make sense to me, I like you ok, why do I have to pretend that I don’t?

A real woman will not be interested in you only because she can’t have you. What happens to her interest in you 2-3 months into the relationship when she realizes that yes, she can have you. Poof! Gone. Look for a different breed of women.

22. Just because we find a member of the opposite sex attractive, doesn’t mean we’d have sex with them if we had the chance. Why does it set a trigger off in your head?

I used to never be jealous of anybody until my first boyfriend brought up the concept of cheating and I thought, “Oh, that’s a thing that people, and more specifically you, think about and do?” (Yes, I was naïve.) The idea of jealousy is just so complex; it’s hard to understand what will trigger women (and men) to be jealous. For me, it was the idea that somebody else could give my partner something that I couldn’t, whether that be attractiveness, or sexuality or companionship or…whatever. Now I’ve come to realize that it’s okay to not be EVERYTHING to one person, just as they can’t be EVERYTHING to you.

23. Do you read minds? Because you so often assume that we can.

Wouldn’t that be a great world? I agree though, better communication skills are essential to a solid relationship.

24. Why are a lot of women offended by the word “cunt,” but others throw it out there all willy nilly?

I’m not a woman who throws it out there willy nilly, so I can only tell you why it offends me. It’s such a vulgar, guttural word. It’s like the lowest of the low, lower than bitch, which is also a word I hate. I’ve never heard the word said in a positive way, either — that may have something to do with it too.

25. When guys get soap in their pee hole, it burns like crazy. Just a really surprising amount of pee hole fire. Does that happen to women?

Nope, no pee hole fire for us, as far as I know.

26. Is it inappropriate to ask my ex-girlfriend’s friend if she was ever shown nude photos of myself?

Haha if you have to ask, the answer is probably yes.

27. When should we give up on chasing you?

When it’s just not worth it to you anymore.

28. How often do you notice when guys try and be subtle about checking out your boobs? Do you even care? I think a lot of us guys believe were pretty good about getting away with it, but girls tell me otherwise…

Pretty much all the time. The safest time to try and check out these bazongas is when I’m looking the other way completely.

29. Are crocs a deal breaker? If so, I’m going to need to expand my footwear selection…

Not a deal breaker, as long as I know you as a person beforehand. If I’m looking at you in a crowd I will probably find the guy wearing sneakers (or cowboy boots!) more outwardly attractive.

30. How do you feel about guys working in a workplace that’s dangerous? I’ll be working as personal protection (bodyguard) soon enough and was curious what the opinions on working these types of jobs would be.

I think it’s to be admired, and it would take a very strong woman to be with you, but I think that’s awesome. It sort of separates the wheat from the chaff for you…

Not necessarily a turn off…more of a curiosity.

32. Serious question: Why don’t you lift? Contrary to popular attitudes, women can become much stronger than most men, and strong is not an unattractive quality.

I do lift, and I love it! I think some women think they’ll become all muscular and “man-ish” based on pictures of female bodybuilders, but they fail to realize that those women are usually on some sort of supplements and that an average woman will NOT look like that if she lifts weights.

33. Do you stare at our crotch like we stare at your tits?

Nikita Bee is from New York, but not the city. She enjoys coffee, rain and deep thoughts.