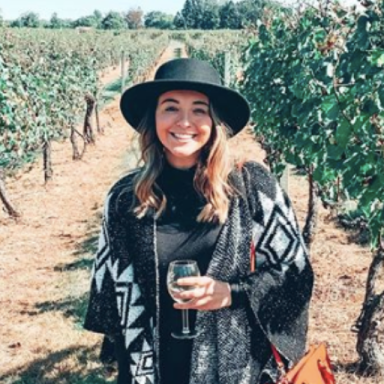 Today, someone said that they were over hearing about the death of Kobe Bryant. I won’t lie, their reasoning behind it was fair. It was because no one talks about when regular, everyday people die; they only care when it’s a celebrity. Sadly, there are actually many reasons for why people never talk about those “regular, everyday” people dying.

One of the main reasons is that there is a stigma around death. People don’t post about their loss often because they hear things like, “It’s been a few months, you should be moving on—be happy again.” I remember when I was in high school, someone asked me, “Will you ever be over your dad’s death?” I took this as more of a rhetorical question that was simply making the statement, “Shut up about your dead dad.” I remember eyerolls when I brought up my dad, as if I was a crazy person telling ghost stories about him.

So, to answer that statement about why we don’t talk about the deaths of “regular, everyday people,” it’s because no one lets us do so. We have a fear of making everyone uncomfortable over something that didn’t even happen to them. A person who has suffered a loss doesn’t talk about it, because instead of letting someone talk about it and truly listening, people compare it to a divorce or losing a job.

The next time you get annoyed or uncomfortable when someone brings up someone who died and talks about how much they miss them or love them, ask yourself this: “Would I have those same feelings if it wasn’t someone who died, but someone who just moved far away?”

If I missed them and they were still alive and well, would it make you annoyed or uncomfortable? Probably not, because it’s “normal” to miss someone who is far away that you love. It is okay to talk about them, to bring up memories of them. But that is only if they are alive. If they are dead, we are supposed to just move on. Keep those feelings tucked away in a back pocket, only to be pulled out when no one is looking.

People aren’t talking about Kobe because he is more special than the other ones who died in that crash, they are talking about him because as a society, we have normalized honoring and memorializing the death of a celebrity. We bring up Michael Jackson and Prince; we honor them at award shows and we put on their music when we think about them. We talk about Robin Williams and Carrie Fisher, and we watch their movies and interviews when we think about them. We talk about Roberto Clemente and Thurman Munson, and we watch their highlight reels. We even romanticize and obsess over celebrities like Marilyn Monroe or James Dean who died before most of us were even born. That is normal to us.

But when someone like me or many of my friends who have had a “regular, everyday” loss honors their loved one’s memory by talking about them, posting old pictures of them, or making a joke in passing about them, we are often made to feel that we are inconveniencing the other people around us because we are “forcing” someone else having a conversation that makes them sad. Why is that if we do it too much, we need help or therapy? Why is that if we do it too little, we must be over it? Why are people allowed to be sad when someone is sick and dying but have to be over it just a few short months after they are gone? The truth is, they don’t. But we are made to feel that way for the convenience of others who have never been through what we have. As a part of the grief community (which happens to be very large, because people you love have a 100% chance of dying), I am tired of being told when and where I can talk about the death of someone I loved. We don’t want to speak about our loved one once a week in therapy or in a bereavement group, we want to do it when we want and on our terms.

I can only hope after reading this, you give the Bryant, Altobelli, Mauser, Chester, Zobayan families the grace to grieve the people they loved. I hope you give the people who grieve “regular, everyday” people the opportunity to grieve in whichever way they choose and embrace their stories. Most importantly, when it happens to you, I hope you give yourself the chance to grieve deeply and share widely who they were with whomever you want, whenever you want.

Death is inevitable. It does not discriminate. It happens to everyone, including the people you love, so we might as well get comfortable talking about it.

I use humor to cope with my grief.