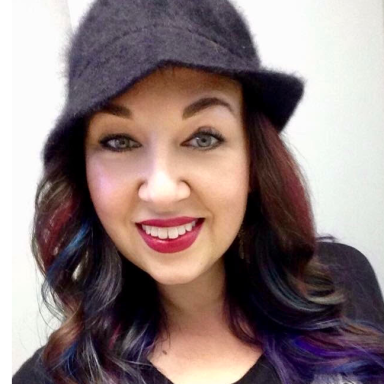 I’m a Big Fan of telling people to accept everyone exactly as they are, right here, right now, in this very moment.

Banking on mythical “potential” is only justifying the crap behavior you’re putting up with. And here’s the secret: you don’t have to put up with it!

When I tell a friend they have to accept the way the dude they’re dating is behaving and treating them, I often get a violent, “NO!” in return.

It’s that last part that a lot of us forget.

My therapist asked me, “Where is your power?”

“I have power?!” was my awestruck reply.

When you’re used to having to accept everything as it is, shitty or not, as a means of survival, you forget you get to call the shots. And one of those shots is to send douchebags packing.

It’s kind of like how we feel about forgiveness. To forgive someone feels like we’re saying it’s OK they did whatever they did, when it’s really about not harboring anger over it anymore because it’s only hurting you.

Accepting the low level effort a guy is putting in to dating you isn’t saying it’s good enough for you, it’s recognizing they don’t meet your needs and continuing to date others to find someone who does.

You can walk away!

You can break up with them, stop dating them, divorce them, stop being friends, only see them at annual family gatherings, whatever the relationship might be.

Acceptance is relieving yourself of any obligation, desire or need to change them.

Because you can’t. Ever.

You taking the action of downgrading their importance in your life to meet their level of effort could very well inspire them to step their game up.

Or they could not even notice.

But it’s not about trying to get something from them, it’s about redirecting your energy back into yourself. It’s about making life easier for you.

If I don’t like the way you’re treating me, I’m going to limit my time with you or bail altogether. This is a departure from my usual, “I guess this is what I deserve” mentality.

The way someone treats you isn’t actually about you, but about them and what they’re capable of giving. It’s not personal. When you stop and look at it, chances are astronomical they’re treating everyone else the exact same way.

It’s so empowering to decide not to further invest yourself and walk away rather than sit back and complain about not being treated the way you want.

You have a choice! You don’t have to stay friends with that person or continue dating that guy!

“Hey, this person doesn’t seem to be able to give me the kind of relationship I want. That’s too bad. But what they’re capable of giving isn’t a reflection of what I deserve. I decide what I deserve and I choose to take my business elsewhere.”

When people show you who they are, believe them.

Don’t hope, don’t wish, don’t try to change them. Accept that fact, as disappointing as it may be, and ease on down the road.

You’re good enough and you deserve it.