Several outlets today are reporting the story of artist Richard Prince, who stole the work of others off Instagram, and sold it for upwards of 90,000.

Obviously plagiarism strikes a cord with journalists, who are required to maintain the utmost level of integrity in their work. But is simply screen capturing what others have done a type of plagiarism? Or is it art? Here, CNN asks whether the act is selfish: 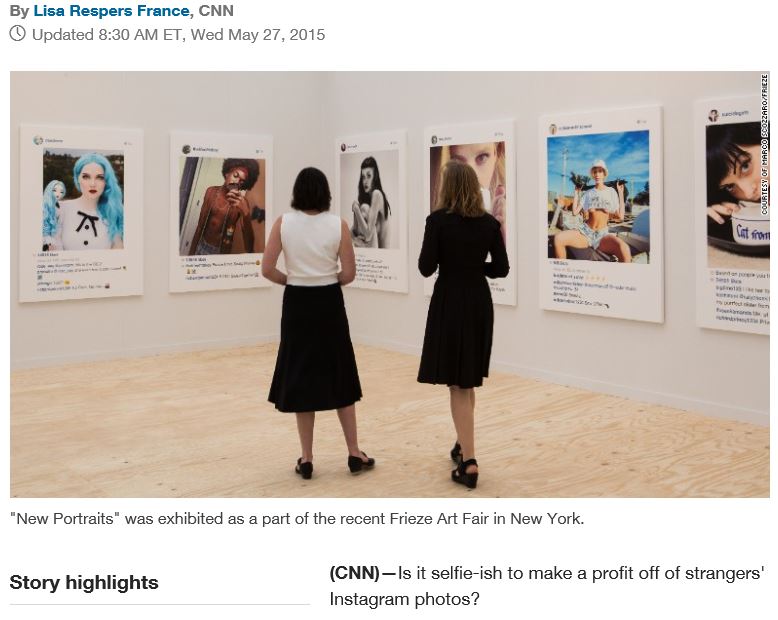 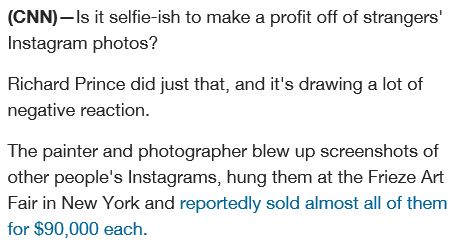 As journalists, we have to be diligent to make sure our work is our own, and if this Richard Prince scandal had occurred in the world of media, the answer would be clear: yes, it’s theft, and it’s unacceptable. Here’s some tweets that CNN found that highlight people’s reactions: 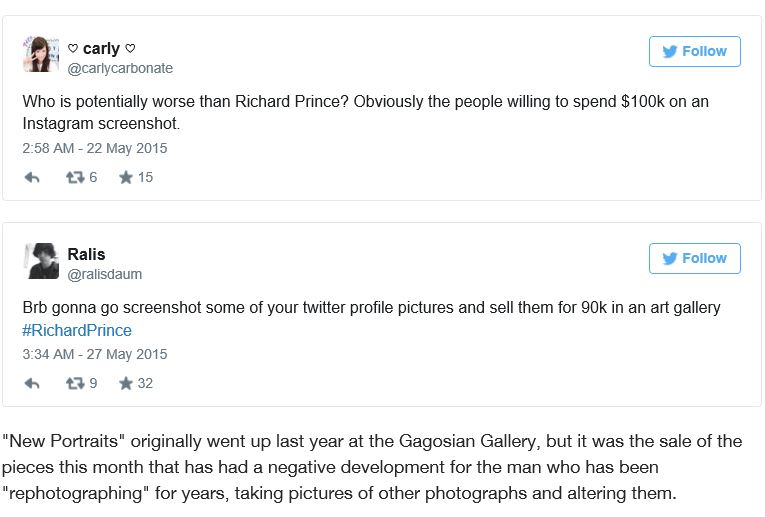 Who is worse than Richard Prince, indeed? Certainly not anyone that works in a respectable industry like journalism, where the reporting and the story have to come from you. Here’s what CNN had to say about what the Washington Post had to say:

So obviously this isn’t the first time Prince has done with. Frankly people like him make me sick. Here’s a quote from him that CNN obtained from his public twitter profile: 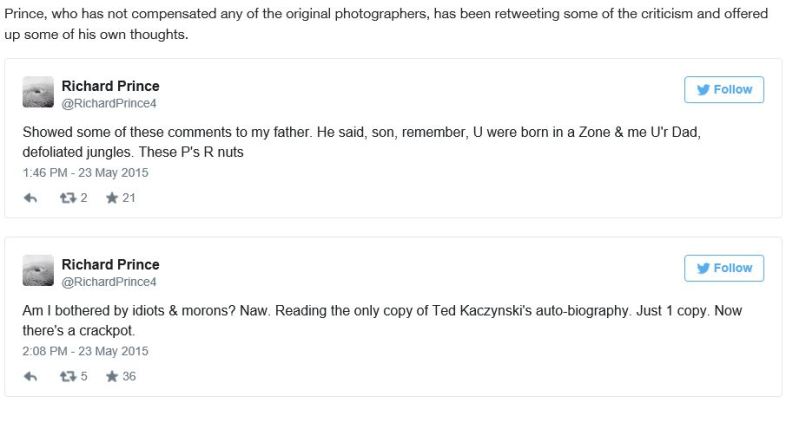 The Media Needs To Get Their Act Together on Chelsea Manning

Actually, It Is About Ethics In Journalism

When Does Influence Become Plagiarism?

Did The Obama Administration Lie About The bin Laden Raid?

20 Things Only Journalism Students Will Understand