In this, the year of our Lord 2015, it feels like the tides are turning. There is a shifting, or a reversion rather, in favor of the nihilistic. Simple folks like me. Folks who care not for critical thought or heady discussions of privilege. Folks that just want to work a job, look at pornography in conservative intervals, go to sleep, and consume in peace. Folks who aren’t really concerned with “fixing” society’s problems (as if we are even capable of such a thing). Folks who are, instead, dedicated to finding ways to just cope with (or ignore) said problems. Of course things like the wage gap and unchecked police brutality necessitate some degree of attention, but only the incredibly superficial kind of attention. The lackadaisical care of yore, in which you’d furrow your brow and put on your best concerned-thinker voice and talk like you’re on Charlie Rose, right there in your living room, and once satisfied with your performance you’d go back to watching or eating or flirting. Things, in recent years, have become too loud, too passionate, too angry, too sincere. But with the premiere of Better Call Saul, it’s almost like Breaking Bad is back, and gas is cheap these days. Bob Odenkirk is starring in a familiar role, my tank is full, television is good, and people are getting tired of arguing. Soon enough we’ll all be able to couch ourselves in material comfort and just patiently await death like we used to before the towers fell. Some folks call it anti-intellectualism, I call it remembering the 90s.

For a long time, I tried arguing against those that sought to rattle the status quo. Not because I was blind to injustice, but because I benefitted from it. If I have this supposed privilege that they speak of, why the hell should I let them take it away from me? Once I became aware of how good I had it, I certainly didn’t want to feel like I was losing anything, even if it didn’t feel like I really had anything in the first place.

Years ago, when checking your mail meant going outside, in the days before the internet, I discovered that someone had been stealing the City Value Coupon books that came complementary with my weekly local newspaper. From that point on, I made sure I was at my mailbox every Saturday morning right when the paper man arrived, and as a result, I never lost another book to desperate hands. But prior to the theft, I had never actually used any of those coupons. The books would sit on my kitchen counter for a day or two before they wound up in the trash. So why would I go through all that effort to prevent their theft? Because that’s human nature, folks. Those coupons were my privilege. Privilege, to me, is like those coupon books – a shitty little worthless thing that I didn’t want until someone tried to take it away. With the coupon books, I was putting more effort into protecting something that meant nothing rather than accepting an inconsequential loss simply because someone’s desperation alerted me to its value. I wasn’t protecting the coupons, I was defending my stewardship of human misery. That’s really all privilege is.

Outside of daydreams, I never knew the thief. Inattentive moments brought cartoonish illustrations of a striped-shirt hamburglar-type man, his eyes racooned by black cloth, carrying a little burlap sack with a picture of a coupon book on it, but I never put serious thought into who might actually be ransacking my paper every week. When presented with only the offense, and asked to describe the culprit, our prejudices find their contours in the work of the little sketch artist who lives in our idle thoughts. It’s probably a black guy, I would think and cringe and quickly erase the image in my head. Who the fuck steals coupon books anyways, I’d wonder. There’s no way anyone needs those shitty coupons. It’s all deals for the tire rental place and discounts for bulk restaurant items. Flower arranging services and handy men. It never occurred to me that perhaps the good folks over at City Value just didn’t print coupons for a couple of weeks. It had to be a thief. I would ward off thoughts to the contrary. If there wasn’t a thief, then suddenly I wasn’t a victim, and that victimhood was worth as much to me as the coupons. I wanted to be a victim more than I wanted the tire rental discounts or the buy-one-get-one deal on reusable placemats at Ames. I was a victim, and that’s why I wanted my coupons. I identified this wanting as the only thing I had in common with my enigmatic thief, but the commonality of want is no seed for empathy. Mutual desire was no way to humanize the abstracted man, this nebulous avatar of my own prejudice.

I’ve made friends over shared interest, shared disdains, shared loves and hates, even shared needs and struggles, but I’ve never found a kindred heart in shared desire. Colleagues maybe, but never friends. The lover of my love is my enemy. 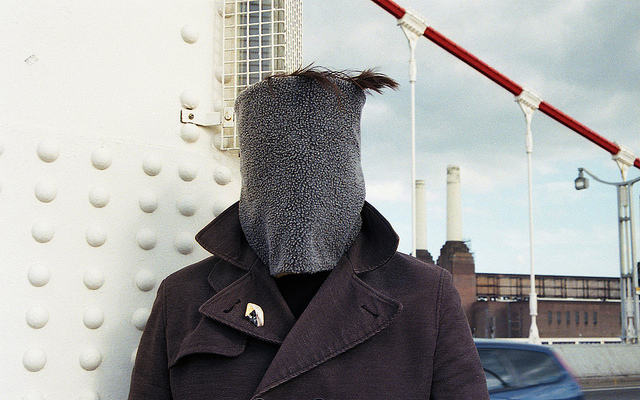 Want is the root of competition, and it is likewise the source of misery and the torturous illusion of human progress. Maybe if someone had just burned the coupon book in front of the both of us, we could have bonded over the perceived loss. But that’s not what happened. We both wanted a worthless thing, and for that, we are enemies. For that, we square off at the mailbox, horns locked in competition, a superfluously phallic image that suggests both courtship and death.

But I am older now, and I’m tired, and I don’t want to get up at six AM and trudge my way out to the mailbox and stand guard, waiting for the paper man, waiting for my coupon book. It’s cold out there, and it’s dark. And I can wrap myself in my big expensive coat and wait for the weak lights of his rattling Honda with the cracked clear coat and leaky exhaust to cut through the fog and bring resolution to my mission, but while I stand on the curb, I exhale and I can see my breath. I breathe in deep and then out and the milky puffs of hot air form a ghastly metronome. I count my exhalations, but not up. I count backwards, and as the numbers tick down I think about how much longer I’ll be here. Not on the curb, but here. The big here.

Long ago I gave up on the coupon books, but it’s not just coupon books anymore. I’m out here because it’s routine. I’m out here because it’s every damn unnecessary thing in my life. I’m watching myself die, but here I am, out in the damp early cold, defending coupon books and the Grammy’s and my choice for Jon Stewart’s replacement and my opinion of the Chris Kyle movie and everything else that causes me to find myself loud and convicted. Sometimes I’ll yell like a dog that’s been worked up into a howl by its owner. A dog that doesn’t know why it’s howling or how it’s been made to howl, and as it pitches its head, rounds its mouth, and works its body like a billows, it has a distinct look of fear and anxiety – shocked by its own atavistic, compulsory behavior. I have these moments where I feel like I’ve just woken from a dream, and suddenly everything I had thought just seconds before is rendered nonsense. Every passion hollows. Every argument consumes itself. It’s suddenly all muddled images and anomic thoughts. Who am I, this loud woman, yelling about nothing? I try to blow a smoke ring with my chilly breath and I pretend I’m in a cigarette commercial. I pretend I’m James Bond. The rings appear for a second and quickly dissolve, growing and fading as they cross the threshold of visibility. They either cease to exist or become a part of everything. Here’s the paper man now.

I don’t get the free local paper anymore, and as it would follow, I don’t get the coupon books. I subscribe to the Times. I have the weekday-only subscription because it’s their cheapest option. All their print subscriptions come with full-access to their digital content, which is the same as the print content but their digital-only subscriptions cost twice as much for reasons unknown to me. It’s actually cheaper to subscribe to the print edition just to get access to the digital subscription than it is to save the paper and just get the news directly on your tablet. I never read the physical paper anymore, and I barely read any of the digital content, but the fee is worth it just for the deal I’ve discovered. So I get up every morning and come out here, and I wait for the paper man and I pick up the paper I don’t want. Because that’s what I do every day. Because it’s routine and it makes sense and I’ve paid for it, and so for those reasons I get up and go out into the cold and I defend my paper from invisible thieves and my own ultimately wasteful yet theoretically crafty spending. I think about my old coupon thief and I wonder if he’s dead, and then suddenly, there he is in my breath. I go back inside and I throw the paper in the trash.