With all the denunciations of the Oscars as a display of bigotry and hatred, it’s important for us members of the media to remember that the people – the worthless peon consumers of our art – are actually capable of deciding for themselves whether or not something is offensive.

Were Patricia Arquette’s statements well-meant but poorly executed? Are we tone policing or engaging in elitism by criticizing the nuances of her message? Was Neil Patrick Harris reinforcing the patriarchy? Were the memorial snubs indicative of persistent sexism and homophobia in Hollywood? And perhaps the granddaddy of all complaints this year – was Sean Penn’s announcement of Best Picture incredibly racist? Did it ruin the Oscars?

Many have attempted to answer that question for us, but let’s not forget that we are each capable of making these decisions for ourselves. We can decide whether or not something offends us. It’s not an objective thing.

So here it is folks, the entire, unedited and unadulterated transcript of Sean Penn’s statement at the Oscars. 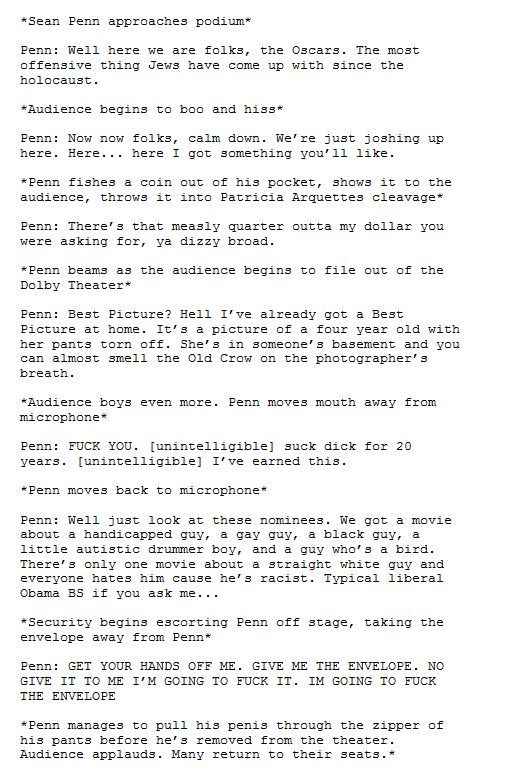 The Problem With The Politics Of Hollywood, As Demonstrated By The Oscars