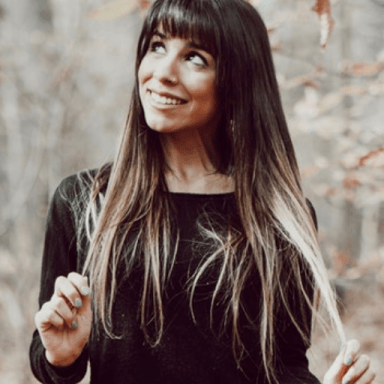 It seems as though Joker has been the center of controversy since we saw our first glimpses of Joaquin Phoenix as Arthur Fleck a few months ago when the trailer first dropped. It is a complicated storyline with many layers that need to be unpacked, and it certainly can’t be done in just one article. My main focus on the film here is the aspect of mental illness that it tackles.

There has never been a film that has completely immersed itself into the Joker’s backstory, unless you count the small glimpse we got in 2016’s animated film The Killing Joke. Besides that, there has not been a film that can show us that, maybe on some level, we could relate to a character like this. I went into the theater fully knowing that it had been criticized for disturbing aspects of Arthur Fleck’s (the Joker) mental illness and the results of having an illness no one seems to fully understand. On the other side, we also see what humanity can be capable of if pushed too far.

I read an interview just before the film in which a journalist asked Joaquin Phoenix if he thought his character would inspire the very people it is about to rise up and carry out acts of violence seen in the film—sort of a manifesto on how to rebel against authority, if you will. Phoenix ended up walking out of the interview, not knowing how to answer the question, and seemed disturbed that someone would even ask that. I thought the question was ridiculous and was taking the film completely out of context, but then I realized: with the way mental illness is so often treated in society, why would this not be a concern?

This is something that not only a journalist thought about, but probably a big chunk of the audience going to see the film. Of course, this is the first live action film including the Joker since Heath Ledger’s portrayal of the character in The Dark Knight in 2008—and since the 2012 shooting in a Colorado movie theater. During a screening of the The Dark Knight Rises, the shooter had apparently announced to the audience that he was the Joker just before he opened fire killing 12 people. These are valid concerns to have, and I would not blame anyone for having them.

One of the most disturbing things about the movie honestly had little to do with the film at all. It had more to do with the fact that I heard people in the theater laughing and giggling throughout scenes where this character was going through something incredibly traumatizing. This reiterated much of the theme the film was riding on, which is that people sometimes don’t have the ability to really empathize with someone who has no control over their mental state most of the time.

There was a line in the film that really stuck with me and I think always will: “The worst part about mental illness is that people expect you to behave as if you don’t have one.” This was such a powerful line, and it was one that was not even spoken in the film, but handwritten in Arthur Fleck’s journal as he reflects on his thoughts. This is not only one of the most memorable quotes from the film, but also really highlights the struggle of having a mental illness.

I cannot stress enough how many times my mind has given up on me and my ability to control my thoughts has failed. It’s exhausting to constantly have to keep your energy and thoughts in check. It is something that I struggle with daily, even if I seem happy or carefree on the outside—my mind looks like a battlefield. On the outside I may just seem like an unhappy person, sometimes unfriendly, and standoffish. The reality is that I’m probably just really struggling that day; my anxiety may be on level 10, and I’m just trying to get myself through the day without having a complete mental breakdown.

People say things to me along the lines of, “Relax — there’s nothing to be anxious about,” “Snap out of it,” and my personal favorite, “Why can’t you be more positive?” Unfortunately, unless you’ve ever experienced it for yourself it can be difficult to understand, and it’s easy to be dismissive about something that so many people suffer from nowadays, like anxiety. Of course, this film is an extreme take on one person’s struggle, not only with mental illness, but someone who has just been beaten down by society and life altogether.

What is the difference between some of us and Arthur Fleck? Well, many of us have access to mental health resources. My job, for example, covers health insurance, which allows me to see a therapist once a week, I have an amazing support system of friends and family and have never really struggled much financially compared to millions of others who cannot afford to seek help. I focus on growing as a person, strengthening the power to control my anxiety, and despite my mental illness, I would consider myself to be a relatively happy person. This is certainly not the case for Fleck or many other others who struggle with mental illness.

Arthur Fleck is the perfect, yet extreme, example of what can happen to a person when society has failed them in every aspect of their life. He was physically and emotionally abused by his mother, who had Narcissistic Personality Disorder. The city had cut funds and taken away his ability to see a social worker or receive necessary medications. And let’s not forget his daily dose of scrutiny from his coworkers and people taking out their frustrations on a person they considered to be “strange.” Watching this character go through life was painful because I could only imagine the inner struggle he had to face every single day. So many times we question the validity of someone’s struggles or make jokes out of them not knowing that they do, in fact, hurt like hell.

My take on all this Joker controversy is simple: Many people, myself included, have at some point in their lives been on the same side as those who drove Arthur down the path of becoming the Joker. I’m talking about anything from laughing at a joke that poked fun at someone in our class, treating someone who seemed different than a us a little less than nice, or maybe even being a full on bully. I have been on both sides of the abuse, and no, I’m not proud to admit that, but it is my job to take responsibility for what I have done to hurt someone else. Not everyone will admit to this or wants to admit that they’ve done this to another person. These experiences build up over time. They begin to taint your spirit and eventually swallow it whole. They get to the point where you feel completely hopeless and lose all faith in humanity and the good that is left in the world.

How much can someone who is mentally ill take? A person who has a hard enough time controlling not only their thoughts but their emotional responses to things they experience? It’s upsetting to me that the question asked by society when this film premiered was, “How will this trigger people with mental illness?” instead of, “What can we do as a society to ensure people with mental illness receive the help and resources they need to prevent something like this from happening?” We always put the blame on the illness, but rarely is that blame placed on the shutting down of mental health services in inner cities, teaching our kids that bullying highly affects the psyche, and just not putting enough focus on the fact that mental health is just as important as physical health.

There are a number of different socio-political issues we can delve into with this film and can certainly have conversations about. As I said earlier, this is only a small part of the issues we can pick out from this film to reflect on what mental illness actually is and how seriously we need to start taking it as a society. The character known as the Joker here is not a person but an idea.

We have all experienced scrutiny or isolation of some kind. If we look deep enough, there is an aspect of Arthur Fleck we can all relate to — perhaps not to the extremes his character takes in the film, but in the pain we see onscreen. As I write this, I’m thinking to myself, “Is this partially the reason for so much controversy?”

My hope when people see this film is to walk out of it and realize that things are not always what they seem and to be a little kinder to people who may be labeled as strange or weird in our office, school, or community. We cannot afford to put any more negative stigma on mental illness. We should be focusing on the ways in which we can make it easier for people to reach out, get help, and understand that kindness can go a long way. I am hoping that it is a means to an end to the stigma around mental illness. We definitely can’t save everyone, but we can start by being aware. As someone who struggles with mental illness, I can say that we’re all in this together.

You will never be lovelier than you are now.

This Is What Recovering From Mental Illness Really Means