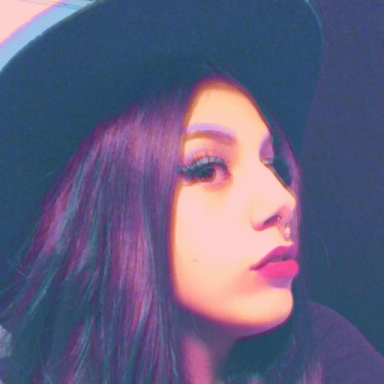 Most of my dating life has been…disastrous, to say the very least. As early as middle school I developed a nasty habit of chasing after people who were completely wrong for me. I would put someone on the highest pedestal and think that they could do no wrong—or, if they did, I could somehow stand by in support as they worked on their potential to become a better human being. Not all of them were inherently bad people, and I don’t intend for this anecdote to come off as insulting anyone in particular; they simply were not compatible with my personality, my goals and plans, or my lifestyle. I just really, really wish that I’d learned this lesson earlier in life.

I recently entered the last year of my mid-twenties. I also recently began a relationship this past October. I truthfully wasn’t actively looking to enter a new monogamous relationship after leaving my previous one. After spending an entire year—my longest record for one consecutive relationship, ever—dating one person, I ended it with the intention of truly being alone for the first time in my life. I’ve always had issues with codependency, and I really wanted to learn how to be my own, complete person, and not dependent on how I saw my worth in other people. But then by chance, I met a man whom I fell for hardly and quickly. And when he asked me to be his girlfriend after a few weeks of dating (including being my extremely last-minute date to a wedding five states over), I didn’t say no. I felt that I couldn’t say no, my “goal” be damned.

So now I find myself doing the new relationship dance again. At first, it was exciting. It still is, and it always will be. But mixed in with that excitement is more anxiety than I expected.

My significant other is different from anyone else I’ve ever dated in the sense that he’s just…normal. He is the most normal person I have ever been romantically involved with. He has a good job. He has a big family. He’s already gone through school. He has specific goals and plans for his future. And finally, he has a large (to me, anyway) group of close friends. I began meeting the people in his life before we were even “official,” and everyone that I’ve met so far has been friendly, kind, and very welcoming of me. I’ve been invited to and included in various events without either of us asking. I’ve been made to feel comfortable and at home, and it’s something for which I am eternally grateful.

But at the same time, I’m struggling. I’m struggling very, very hard right now. I’m not sure if my diagnosed generalized anxiety is to blame or if I’m drawing from some sort of subconscious experience from my past, but a feeling of intimidation and nervousness has begun to plague me. It gets worse with every person that comes to me and says, “I’ve known your boyfriend for years! We’ve done this and that together! He’s great! We’re all a family here!” It triggers a reaction deep within me that is completely foreign from any other experience I’ve had in this life.

I’m poisoned with thoughts of not being viewed as a valid or genuine partner yet because our relationship is so new. I’m worried that I do not compare to the people he’s known and cared for before me, because I do not have years of stories, inside jokes, and memories with him like everyone else does. I’m afraid that I feel like I can’t “catch up.” I’m terrified that I’m not equal, or on the same level as them. And my greatest fear is that these feelings will not dissipate until we’ve been together for at least a year or two.

As of this moment, I’m not entirely sure how to proceed. I try very much not to feed into the anxiety of it all because I do not want to hurt my partner or upset him. I’m genuinely happy that he has such a strong network of people who love and support him because he deserves it. He deserves all of that and more. But I am not handling being “the new girl” well. Not at all. Not yet.

My hope is that this unsubstantiated fear will dissipate as time goes on, and as I spend more and more time with the people he’s introduced to me. The rational part of me knows that I have nothing to be afraid of. It knows that I am not in any sort of competition for his attention or affection. I am going to do my best to not give into the lies my brain is telling me.

But right now, I am not good at being “the new girl.” I am sorry. I am trying.

Find me on Medium at @cityofstarlight.