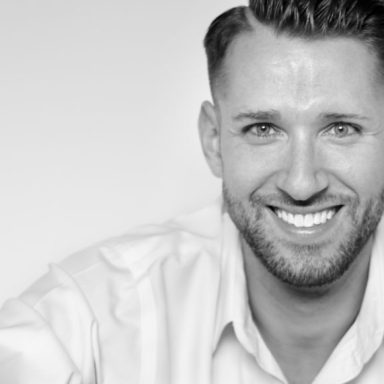 I dated a woman for about four months shortly after I began my second graduate degree.

Near the end of our relationship, we got into a heated discussion over how we might start spending more time together as a couple.

In a selfish display of closed-mindedness, I insisted I wasn’t able to see her more often because I simply had “too much work to do”.

I spent 95% of my time studying and virtually no time socializing; she had achieved a far healthier balance between work and play, and she had done so without sacrificing her grades.

You’d think knowing this would have caused me to reconsider my views, but it didn’t.

Back then I was under the delusion that special rules and considerations should apply to me whereas everybody else should have to deal with the realities of life as they are.

As I was going on and on about how busy I was and how much pressure I was under trying to balance the different responsibilities in my life, my girlfriend finally stopped me and gave me a much-needed reality check:

“So, tell me, when’s it all going to end, huh? What, do you think you’re going to get this degree and then all of a sudden you’ll have tons of free time? Won’t you have to find a job after you graduate? And then build a career? Newsflash: the world isn’t going to come to a standstill just so you can get married and raise a family! You’re always going to have to worry about your career, finances, health, relationships, and a million other things! That’s life!”

She was right, of course: I had managed to convince myself that after finishing my graduate program I’d somehow finally be able to give my partner everything she deserved, including more of my time.

I’m not sure if it was the fact that we were in the middle of a serious fight or that I had finally had somebody spell things out for me in such a visceral way, but whatever it was, I realized in that moment that I needed to change how I thought about the future and how I valued the present.

I recognized I had to start being more realistic in my expectations and less self-centred in both my thinking and my actions.

I also had to force myself to stop taking the present moment for granted.

This meant embracing the idea that:

Today matters and should be experienced and enjoyed for itself — not because it’s a bridge to some alleged ‘golden’ future.

This notion — that we run the risk of missing out on the present and of having our lives pass us by if we spend our days obsessing over a romanticized future that might never arrive — is the hard lesson I learned shortly before my girlfriend and I split up for good.

And it’s what I’d like to talk to you about today.

A Cautionary Tale: How I Let My Undergraduate Experience Pass Me By

I’ve lived most of my life endlessly preparing for ‘something better’ that’s allegedly just around the corner — a few weeks, months, or years away.

The belief that I need to make sacrifices in the short-run in order to accomplish greatness in the long-run has propelled much of my educational and professional success over the past 15 years.

From a young age I was taught — by my parents, my teachers at school, and other of my relatives — the importance of working hard now so that I could reap the benefits later.

I was also explicitly encouraged not to over-work myself, to take plenty of study breaks, and to go out and have fun with friends on a regular basis.

For the most part, I chose to ignore the latter bit of advice, and I became obsessed with excelling in school — often at the cost of my own mental and physical well-being.

When I think back to my undergraduate degree — before I met the above-described woman who gave me my much-needed reality check — what I remember isn’t developing new friendships, going to parties, playing on sports teams, participating in student activism, or traveling to different countries.

Instead, I remember commuting to and from campus each day, studying all the time, stressing out about exams, turning down invitations to social events, and constantly projecting myself into the future imagining how relieved I’d feel once I had finally finished this or that paper, course, or semester.

To be fair, I also recall reading many interesting books, having intellectually stimulating conversations with my classmates and professors, and coming across mind-blowing ideas in philosophy, social science, and even astronomy.

Nevertheless, I missed out on a huge part of the university experience by shunning the social aspects of my post-secondary education.

I met very few new people, didn’t engage in activities happening on campus, and isolated myself in the library for hours on end every day.

There were some enjoyable moments, sure, but most of the fun I experienced took place outside university whilst I was on summer break.

During the other eight months of the year, I practically lived as a hermit — sticking to myself, trying to out-compete the other students, and endlessly preparing for the next assignment.

I let my undergraduate experience pass me by because I was ceaselessly planning for and thinking about the golden future that supposedly awaited me once I finished my degree.

For those four years, the present was nothing but a launching pad to an imaginary future.

It wasn’t something to be experienced and enjoyed in real-time but rather something to be ‘dealt with’ and ‘pushed through’ because of that to which it would eventually give rise, i.e., a better life down the road.

I had become so focused on my future that I had forgotten about the importance of taking pleasure in my present.

True, I graduated as the number-one ranked student in my program.

Looking back, though, I think I would have benefited much more had I sacrificed a few percentage points on my GPA in order to engage more with the world beyond libraries, textbooks, essays, and exams.

This experience — alongside everything I learned in my battle against chronic pain and depression — taught me the value of mindfulness.

I learned how to consciously experience the present moment rather than dismissively treat it as an impediment to something that has yet to come.

And that’s exactly what I’d like to encourage you to do as well.

The Present Moment Is All We Ever Have

“Realize deeply that the present moment is all you have. Make the NOW the primary focus of your life.” — Eckhart Tolle

“Stop acting as if life is a rehearsal. Live this day as if it were your last. The past is over and gone. The future is not guaranteed.” — Wayne Dyer

In a very real sense, the present moment — what we’re experiencing right now — is the only thing to which we ever have access.

If you’re anything like me, you’ve spent years existing in the here and now but not really living in it, not actually experiencing it and consciously ‘taking it in’.

I’m not talking about the things we all do from time to time to overcome boredom or to break up periods of monotony (like listening to a podcast whilst washing dishes).

I’m talking about the fact that it’s counter-productive, if not outright destructive, to live your life as if the things about which you think, the decisions you make, the behaviors in which you engage, and the people with whom you spend your time are nothing but means to ends.

I’m referring to the inability to sit still — metaphorically, if not literally — because of the anxiety experienced by a mind that perpetually launches itself into the future instead of embracing the present moment.

I’m also talking about the risk of convincing yourself that it’s okay to work 12–14 hours per day, to cancel on your friends whenever they ask you to go out, to skip family gatherings, and to ignore the needs of your romantic partner all because of the belief that one day everything will finally be how it should be.

One day you’ll have enough time to read a book for fun, to go for a hike in the woods, to paint a portrait, to spend an afternoon talking to a stranger, to call up your sister for a long chat, to plan a picnic for your boyfriend or girlfriend, or to start raising a family.

One day you’ll finally have the stable job, the steady income, and the stress-free lifestyle for which you’ve been working so hard all these years.

One day, yes, but not today!

For today you must work, you must focus, you must sacrifice, and you must plan for the future.

Don’t worry about what you’re missing out on now; there will be time to make up for all of it later.

Your disappointment, your fear, your angst — just put it out of your mind for now, and think about how great your life will be one day!

This is the type of delusional, self-destructive, and misguided thinking that must be rejected once and for all.

Yes, you should work hard and act responsibly.

Yes, you should set and pursue short-, medium-, and long-term goals.

And, yes, you should commit to building a successful life for yourself and your loved ones.

However, what you shouldn’t do — what you must not do — is let your vision of the future trivialize, if not outright destroy, your experience of the present.

For if you fall into the trap of living today only for tomorrow, you’ll inevitably realize — perhaps when it’s far too late to change things — that you’re not actually living at all.

Years will pass by and you’ll be dumbfounded by the fact that you’ve existed for so long but you’ve experienced so little.

I’m not saying you ought to throw caution to wind, neglect all of your responsibilities, and blindly assume you’ll be successful no matter how you behave.

Rather, I’m asking you to take it from somebody who lived his life out of balance for many years and who suffered many consequences as a result:

Do your best to experience and enjoy each moment for what it is — a gift you’ll never get back.

Your life at this instant is not merely a stepping-stone to some future-in-waiting — don’t treat it like it is!

This article was brought to you by P.S. I Love You. Relationships now.