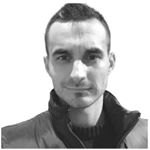 Something I have noticed recently in the West: meditation is prescribed for everything from mental health to career direction to cancer.

While meditation has shown to have positive effects, such as lower blood pressure, lower stress, and is no doubt a useful tool and spiritual practice, it does have its limitations – and even some risks.

Let’s explore these limitations and risks:

MEDITATION CAN BE VERY DIFFICULT

For myself included, meditation can be challenging – it certainly has that quality of wanting to make you jump out of your skin.

Many people I know find it very hard to sit and just be with their thoughts, breath or body, particularly if they have experienced trauma or have post-traumatic stress disorder.

Of course, having said this, most worthwhile things doing may not happen overnight. As with anything: practice can make you permanently better. Just because it’s hard it doesn’t mean you shouldn’t do it. I do think though, for some people, telling them to meditate is like telling someone who has never lifted weights to go ahead and bench press 100kg.

MEDITATION CAN TAKE A LONG TIME TO MASTER

I have one friend who says he gets profound insights from meditation. While I am happy that he gets these results, let’s just consider the following for a moment:

He’s pretty much a full-time Buddhist and he’s meditated for 10+ years.

So yes, I am sure it does get more comfortable – and like anything, practice makes permanently better.

However, most of us do not have 10 years or time to be a full-time Buddhist (nor do we perhaps want to be).

EXTENSIVE MEDITATION CAN CAUSE DEPERSONALISATION

Studies show that meditation has been shown to cause Depersonalisation/derealisation, which is a strange, and frankly, frightening experience, where life does not feel “real” and takes on a very dream-like quality. It’s like being awake, only you do not feel awake, and you cannot do magical things like ride dinosaurs and surf clouds as you can in the actual dream world.

Sadly, some meditation retreats are irresponsibly intense and do not have much in the way of “integration” back into reality.

Unfortunately, men can have a tendency to overdo and to go into extremes. It’s interesting how some eastern meditation practitioners would do things such as starve themselves in the name of meditation and enlightenment or meditating until their legs are gangrenous. This happened to the Buddhist monk Bodhidharma, who had to have his legs amputated after meditating so long.

Such endeavours to me seem masochistic as if proving how much physical pain one can tolerate is an indication of enlightenment.

Alarmingly, in the west, we have “intense meditation retreats”. Days upon days of nothing but silence and meditation, for as long as 10-14 days consecutively. Will we soon start seeing meditation marathons spanning for even longer? If so, they should certainly come with health warnings.

Women in today’s modern society are also exhibiting signs of “masculine masochism”. One woman, Tenzin Palmo, a Buddhist who claims to have spent 12 years in a cave. That couldn’t have been very comfortable.

EXTENSIVE MEDITATION CAN CAUSE PSYCHOTIC SYMPTOMS

There have been numerous reports of adverse mental health effects lasting for years following attendance at a meditation retreat.

In fact, I remember how when I told one woman I was struggling with burnout symptoms and needed time off, she adamantly advised me to go on a 10-day silent meditation retreat where you meditate for 12 hours a day.

I told her, “That sounds quite intense and doesn’t sound very healthy to me!”

We then ended up having a long debate, to which she concluded with “Don’t judge it until you try it”, to which I replied, “Well you could use that same argument with hard drugs – are you going to try them?”

I, of course, could have ended the argument using two words: “Fair enough”.

In any case, one Buddhist friend said that his community was against such intense retreats as they have been known to cause mental breakdowns.

Whilst some argue, “that’s because they needed to release trauma”, it should be noted that trauma should be touched gently and in small doses. As my trauma therapist says: “when it comes to trauma, less is more”.

Thus, meditating for 10+ hours has the potential to open up old trauma and unless there is a process for grounding and integration, it could leave one feeling completely detached from reality – or worse – a complete psychotic breakdown.

As my friend Sang Vu said: “Attending an intense meditation retreat without adequate regular practice is like running a marathon with no training.”

In the age of quick fixes, we all want to change yesterday.

However, irresponsible meditation teachers rushing and forcing results can do a lot of damage to people. Some need to be referred to trauma therapy – not meditation retreats.

A common cop-out for some meditation teachers when things go really wrong is “keep meditating” when instead, they should perhaps be referring to professional support or psychiatry.

As a life coach, I do not hesitate to make such referrals if I feel there’s severe trauma that needs professional help that is beyond my scope or ability.

Most people want a quick-fix to their problems, and so they assume that because small doses of meditation can be beneficial, they then wrongly assume that doing more intensely is going to fix their life faster.

Spending time in a relaxing jacuzzi can definitely be beneficial. But is it healthy to spend 10 hours in one? Probably not.

Here are some safer and easier alternatives:

Mindfulness – One option for stress reduction is mindfulness. “Wait, isn’t that the same as meditation?” you ask. Well, no, not exactly. You can practice mindfulness anywhere: walking, eating, showering, etc. It’s like bring meditation into all aspects of your life. I personally like to practice it in the spa. I like to feel the sensation of the jacuzzi streams, the way my body relaxes in the steam room in the heat, the cool pool water. Tuning into physical sensations is a wonderful and healthy way to relax.

Life Coaching – As for rapid insights and growth, life coaching is another option. Depending on the modality and the skill of the practitioner, this can be incredibly powerful to discover what unconscious beliefs and behaviors might be holding you back. You do not have to be spiritual, it won’t take you years to master, and you can get insights very quickly.

In fact, several very successful people including Oprah Winfrey, Bill Clinton, and Leonardo DiCaprio have all hired life coaches before. Of course, a limitation of life coaching is that the focus is on moving you to your full potential, rather than treating any mental health disorders (in which case, a therapist or a psychiatrist would be better).

Prayer – Another option is prayer. I have personally witnessed and experienced the power of prayer causing rapid healing for trauma. Some people in my church have even experienced miraculous healing of long-term physical problems (much to the disbelief of doctors and others).

Meditation can be a useful tool and has some benefits, but like all other tools it has its limitations (and even risks in some contexts), and it should be done moderately and appropriately, and not intensely. It is most likely beneficial when practiced in regular but small chunks of time, such as with meditation apps like Calm, which has daily 10-minute guided sessions. In other words, as part of an ongoing healthy spiritual diet, rather than as an intense meditation marathon.

Other tools such as prayer and life coaching should be explored as an additional tool or as an alternative for insight and clarity, and active mindfulness could be applied for stress reduction, which may be more comfortable than meditation, or at least, could be a better training tool for leading up to meditation.