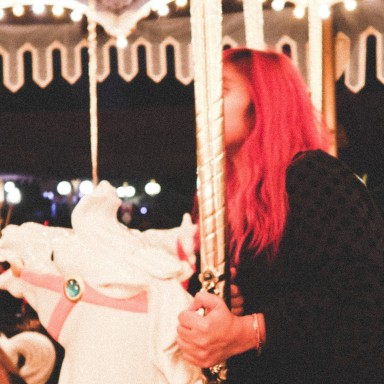 Remember when she told you that talking to people is hard for her sometimes, so she opted not to speak? She wanted you to look at her and tell her that it’s okay, but then you told her that she shouldn’t be like that. It saddened her, but she uttered nothing. If she had told you, then you’d be hurt. And whenever you are hurt, you get angry, and only results in another cycle of tears, of hurt pride and misunderstandings.

She wanted to tell you that something might be wrong. No. She knows something is wrong, but words won’t come out and scenes come flashing back. You think that these kinds of shadows can be easily fought. In your mind, you believe that help is not necessary, and someone will be fine if they decided that they are fine. She doesn’t want to be a burden, and she knows you won’t understand.

At a young age, she learned how to be silent, how to endure by herself. And now that you want her to talk, now that you want her to tell you things, she can’t say anything. She gets so afraid. Afraid that you’ll use her fears against her. Afraid that you’ll say things that would create more cracks — unfixable cracks. You can’t force her to change, in the same way that she can’t force you to. But she only wishes it were different.

Maybe one day she’ll get better. Maybe one day she would finally be able to talk freely, without words being filtered. Maybe she’ll finally find that long-forgotten comfort when she looks at you. Maybe time won’t be so cruel.