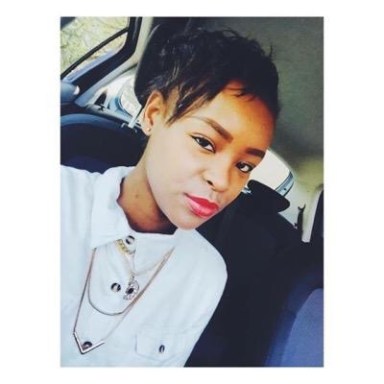 We preach about communication, but we don’t want people to carry their old issues into the new relationship, because that automatically means that the relationship will be difficult. I believe that if one understands why that baggage affects them so much, they should make their partner aware. It is easy to say “don’t let your next suffer from what someone else has done”, and yes, as true as that may be, should that then mean that people suffer in silence simply because they don’t want to lose you because they chose to communicate why they have baggage?

I told my partner that I don’t think I know how to be a girlfriend anymore. I was left devastated from a previous relationship, and even though the relationship ended a few years ago, I still carry some of those scars with me daily. I was wounded when it ended, I’d invested my all into giving someone my heart and when it didn’t pan out the way I’d spent years thinking it would, it set me back.

I questioned myself, a lot. I questioned why it failed, where I’d gone wrong and why we couldn’t make it work. I blamed myself a lot of the time, and when I was angry – I’d blame him for our failure. I use failure because at that point in time that’s what it felt like, like we’d failed each other, our families and ourselves.

You end up looking for things to argue about. You end up struggling with things you thought weren’t an issue. And even if that man is patient with you, you’ll never really understand what the problem is until you admit to yourself that the problem is not the relationship, or the man, but you because you failed to be honest with yourself about what caused your issues in the first place.

We broke up almost two years ago, and to this day I wonder what would have happened if I wasn’t so completely scared of loving him without restriction. The part that bothers me the most is that I didn’t explain to him entirely what my main issues were. I’d told him what happened in my previous relationship – and the moment he did something that reminded me of what my ex had done, I freaked out. I took small situations and built an entire mountain out of them. We are still very good friends, and I know that if anything had to happen, he’d be there for me in a heartbeat.

I didn’t realize it at the time, but now I know why I freaked out. I wasn’t ready to be a girlfriend to someone new, I wasn’t prepared to deal with someone and be as patient with him because it killed me to know that there might be another chance at failure again. I didn’t want that. At all; and yet… we still broke up a few months later – when he’d fallen in love and I was too scared to admit that I’m too scared to let him in completely.

That was the point where I learnt how important it is to be patient with a partner. Someone who wants to be with you will help you through your issues, if you’re willing to let them in.

So yes, maybe I don’t know how to be a girlfriend. Maybe I won’t get it right all the time. Maybe I’m not always certain or secure about what I’m doing, but there is nothing as great as being with someone who reminds you that you’re human, and that even though you’re struggling to deal with certain things, that they’ll walk with you through it.

It’s not easy to love someone who’s been through hell, but once you crack the code, the rest will fall into place. What I’ve learnt, being a girlfriend comes with giving yourself time and understanding, and being with someone who is willing to teach you how to love and be with them. There is no secret fomula, every relationship and every couple is different.

I guess, I have to learn what it’s like to be a girlfriend again, and I love the process of it all.

Opinionated isn’t always a bad thing, I just know how to back it up and word it.