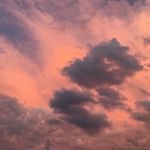 You were seething with toxicity; it had been for so long bubbling in your veins and began spilling over the brim. It was an unintentional gift from you that I had never asked for, never wanted, but received all of it because I mistakenly assumed it was my role to do so.

When you left, you left all of it in a corner taking up space, and I still had no idea what to do with it. Had I tried to pack it neatly and send it back to you, it would have made me a horrible person. So I let it rest in the corner you occupied for so long, and over time, even in your absence I noticed it grow and take up more space that I had not permitted it.

I don’t believe you’re a bad person because you couldn’t be a good person to me; that would make me the bad person. How things ended between us are not a complete representation of who you are, because you’re an entire person outside of what we were. The difference, perhaps, is that I’m willing and able to wholly recognize this and stand by it.

So what did I do with what you left behind? I left it for some time, and then I started to gather it in pieces, slowly and excruciatingly, and set it free somewhere far from me and the little world around me that I realized I had to protect from it.

I’m not sure when things became so bad, in what instance we reached a point of no return. I cannot pinpoint it on our various maps and timelines. All I know is that I have accepted that growing apart from some people is a part of growing up, and that you and I exist in separate places.

Do I resent you? Of course not. Because for a long period in my life, you were it, and to resent you would be to resent myself. And I simply have too much love for myself and others to allow any space for resentment.

Instead, I thank you for allowing me to learn how to set things free on my own terms, to be the best version of myself without compromise.