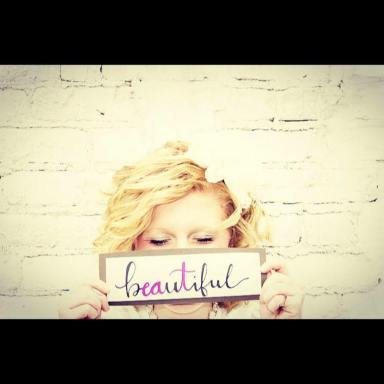 I wanted to start off by saying “hey, dad.” And then it hit me; it hit me like a train on a track.

I can’t call you dad.

That three-letter word. It’s more than a word. It’s a title. And not one that you can try to bend or squeeze or buy your way into. It’s one that has to be earned. It has to be given. But you can’t give it to yourself, no matter how hard you might try. It’s mine to give, and I’m sorry, but I gave it to you one too many times. I finally came to the long awaited conclusion that I deserve better. Better than this heart break. Better than this stomach ache. Or should I say soul ache? Because that’s what it feels like. When you lose your dad… it’s like you lose a little piece of your heart, your soul. But what happens when you lose something that you never really had? Now it’s not just an ache that can be remedied or a missing piece that can be found. But instead a gaping hole in my heart, that you, you gave me. One that has no fix, because it’s not something broken or bent, it’s something that simply never was. And I tell you what; losing something you never had stings with a special kind of pain. I can’t say I lost you, I simply never had you at all. The absence of my imagined father aches more than the loss of a real one ever could.

When did it start? I try to think back and it all get’s foggy. Like I said, I was under the impression for far too long that I had you when I didn’t. And I guess, it never really came to me until this exact moment, that not only did I never have a “dad.” But you—you’ve never been a dad. To anyone. To any of your children. For any of your life.

What is it that they have that I don’t? I always thought being your “little girl” was a title that would always be at the top of your priority list, but perhaps that title to you was as meaningless and empty to you as the term “dad” is to me now.

You have two heads and no heart. And that statement alone breaks mine. They are to you what I always wished I could be. They give you something that I never could. I try to tell myself that you chose them, again, and again, and again for who they are. That maybe they just complete your heart in a way that I never could. But if they make you happy, truly happy, then I think I could be too.

But I can’t choke on that lie any longer. It’s not the women themselves, it’s the sex. You chose sex, over your own daughter. You didn’t choose someone with a beating heart and air in their lungs over your one and only “little girl.” No. You chose the women; because they gave you the one thing that I couldn’t give you.

It’s kind of funny you know? How we have arrived at yet another three-letter word. A word that to you, holds more worth, than the baby girl you once held in your arms.

I’m not going to lie. It hurts like hell, and it probably will for a while. It might always hurt, I don’t know. But what I do know is that pain is something I can grow from. We all can. If I learned one lesson from you it would be this that in the midst of our suffering and pain, is where the most beautiful new beginnings are formed.

And that’s where I am. I am new. I am beginning. And this time, I know it’s without you.

This world is not made up of coincidences, at least not in my opinion. God Mother Nature, the universe—whatever you believe in, it gives you what you need to believe in yourself. And it never gave me you. As sad as that sounds, I am no longer sad. I was for a very long time. And then the day it hit me that you were not who I thought you were, it hit me that I was not who I thought I was either.

I went through the motions of life wondering what I did to deserve it. Where I went so wrong. Wondering why I was so worthless? Believing at my core that I was unlovable, because the one person I loved most never loved me.

But now I know, I know that if you never were, neither was I. And by this I mean that, although you were never all those wonderful things that a dad is, I was not all the horrible things that the daughter of someone like you was.

To the father who chose women over me, you made the worst choice of your life. Because that little miracle you held in your arms 20 some years ago could have been your whole world, and you let it go. It could have been all you needed, and you didn’t want it. And when you let something that special go, it doesn’t just come back whenever is convenient for you. It’s gone forever.

To the father who chose women over me, thank you. Thank you for not being the you I had constructed in my heart and mind, because now I am free from the burden of who I thought I had to be, in order for you to love me.