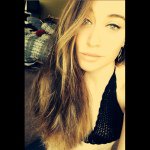 1. They have a lot of charisma

Charisma is defined as compelling attractiveness or charm that can inspire devotion in others. And isn’t that just the bait that lures us in. Despite their outward appearance, which is usually sexy in a rebellious sort of way that your mother would never approve of, they maintain an “I don’t give a shit about anything” attitude, and for some reason we find this alluring. Of course, they will trick you into thinking they actually give a shit about you, and this is how we get tangled into their web.

2. They can be pretty good in bed, and even if they aren’t, they will act like they are

That bad boy confidence is a force field that protects the sacred little boy that actually exists within. No matter how much we deny it, most of us are more than likely going to want a sexual partner that keeps us on our toes. This is because the sheets are the one place where the genuine, hard worker doesn’t want to be in control. It’s a recharge. We don’t want to have to do all the work in bed after we worked hard all day. We want to sit back and enjoy the ride, and bad boys drive so well because they love the power trip. And even if they leave you with a quickie in which you barely reached orgasm levels, they will finish and act like you just got laid by Jon Hamm. Why? Because their default is always to be confident no matter what — it’s a defense mechanism. And because the people pleasing partner believes in the good in people, they will settle for less and lie to themselves that the sex is good.

3. They have a sense of adventure

The bad boy does not live a boring life, and his sense of adventure is usually thrilling and wild. However, he certainly has an agenda, and if your plans don’t mix well with his in any way, he will always choose his over yours. To be honest, your plans never stood a shot unless they were something that tickled his fancy. He is the selfish adventurer, and this makes it hard for a people pleasing person to stay assertive enough in the relationship to voice their own endeavors. Because the bad boy is so self-absorbed and centered around his own plans, his partner has no other choice but to be co-pilot. However, in turn, this will also annoy him because he will think that you are mooching off of his life and time. So really, you can’t win.

4. They are con men and master manipulators

How does a bad boy become bad in the first place? More than likely, somewhere down the road they were done wrong, be it by friends, family, or the universe. But really, who hasn’t been done wrong at least once in their life? The difference is that bad boys take the hurt and insecurity that dwells inside of them from any given incident and turn it into rebellious energy, because it is much easier to stay angry at the world than it is to look a situation dead in the face and deal with it. As a matter of fact, they are allergic to dealing with emotions or past trauma because they spend their whole life running from the truth. And people who run from the truth maintain superior levels of manipulative tactics. They know exactly what to say and how to act, con, and charm their way into getting what they want. They have had a lot of practice. And don’t dare try to call them out when they are wrong, because in their minds, they are never wrong (another defense mechanism)!

5. They will make you feel like they need you and your guidance

There isn’t anything more dangerous to a people-pleasing empath type than a bad boy who makes them feel needed. The truth is, he doesn’t need you — he wants to stay in control of you, which helps him to stay in control of his world. Trust me on this one, if you are currently dating a bad boy who gives your dreams little respect and never delivers on full commitment, STOP TALKING TO THEM. Really, just stop. Play the silent card for even just a few days and see how quickly they will act like they need you (or drop you like a hot potato). It will go one way or the other. Unfortunately, they probably have a few side pieces they have been seeing as well, so why not put them to the test? If you stop the chase, a flare will go up in their mind to either reach out and grab you or let you go completely if you are not worth their time. If they reach out for you, be careful not to fall back into the trap of manipulation. Tell them what you want from them and out of life, because you have every right to. And if they let you go, consider it a win and feel sorry for the next person they get involved with and can’t love right. Because there will always be a next person. Bad boys can never be alone! They are too weak and insecure deep down, meaning they aren’t really “bad” at all, just plain old narcissistic.

I’d rather be outside.