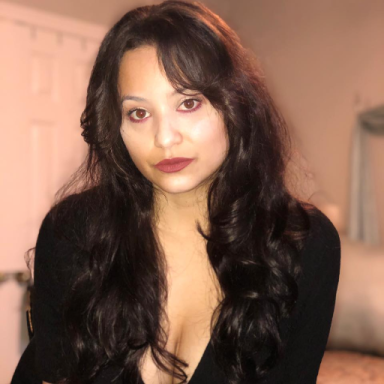 maybe we never would have had a chance of making it. maybe two scorpios can’t make a right. maybe putting my faith in alternate universes is like finding comfort in praying to a non-existent god.

maybe this is the same fate we meet in other lives. always getting too close, but never enough. always speaking in a language only known to two lovers who know what it is to touch, but will never again set foot in the same room. maybe our fingers are always finding each other underneath the table, my foot on your leg, careful not to disturb the cloth.

maybe we would have finally held hands on the street and ended up being ordinary. maybe at some point i would’ve gotten sick of the cigarettes you’d leave lying around the patio. you would’ve gotten tired of my hair shedding everywhere.

maybe you always would have been late, always having to put a joint between your lips before going anywhere. maybe it’d stop being cute when you’d show up 20 minutes late to our anniversary dinner. maybe the Spanish you always found so sexy would turn in the very thing you loathed. me throwing shoes in your direction along with some of my favorite expletive native words.

maybe we would have gotten off more to the power play than we did to each other.

maybe just because you finally chose me doesn’t mean you suddenly learned how to be faithful. maybe i’d be silently vengeful.

two stingers always in air. ready to go one of two ways, kill or lock claws and dance. we always did like it a little bit violent.

maybe when it came to you and me, i would’ve never learned how to stop wanting everything. maybe just because we finally lived out in the light of day, doesn’t mean you would’ve learned how to give me anything.

maybe our beginning wouldn’t have translated into a happy ending.

writer on the storm. Follow Natalia on Instagram or read more articles from Natalia on Thought Catalog.

Boy Advice From A College Girl Who Has Never Been Kissed

I’m So Happy I Found You

I Get The Feeling That You’ll Never Really Remember Us

I Hate To Admit It, But I Still Think About What We Might Have Been

Would It Have Been Better If I Never Knew You At All?