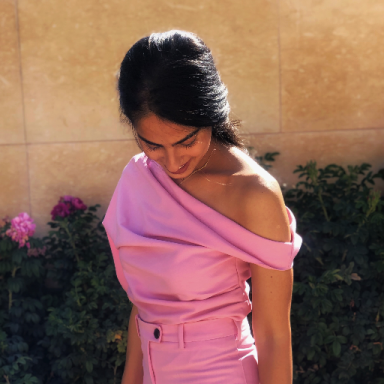 “Where is your accent from?”

It is American. No, wait… Canadian?

I get asked this question so many times I’ve lost count. It is the first question I get asked when people hear me talk, like a precursor to “Where are you from?” Maybe people don’t feel comfortable asking me where I am “originally” from in case I happen to take offense like some may. But take one look at me, hear me once, and you’ll instantly know I am foreign. You will know that no matter how many years I have lived abroad, no matter how many Brits I have befriended and conversed with, and no matter what my passport looks like—my accent gives it away. It always does.

The other side of the story is back East. Keep one thing in mind: Back there, communicating in English has often been used in popularity scaling. How well you communicate, how fast and fluent you sound, reflects your societal status, AKA how much money your parents spent on your private education–that is, if you weren’t part of the lucky lot who were born abroad. Some parents pride themselves in the fact that their 5-year-olds (who are born to Arabic parents) will not understand your Arabic questions. Some do not bother to even use the mother tongue at home. I can get very analytical with this. Could it be partly due to history? Could it be because English means opportunities, access to better schooling, and more job interviews? Or because every favorite show growing up was basically on Disney or from Hollywood, and the association of the language with accessible tivo and everything that follows meant that the more you spoke it, the more you watched, and hence, the cooler you were?

Regardless, I happen to fall in that category. Ever since I can remember, I went to English schools; I spoke primarily English with my friends. My education scaled between 40% Arabic to 60% English before eventually becoming 90% English. I loved the language—it was the books I read and related to, the characters whose stories captivated my childhood and teen-hood, and obviously the language I use to write. For the people who know me, I am their first port of access when any work involves the language.

Therefore, the expectation of my living abroad meant that my Arabic language skills have been eradicated, and subsequently, if you heard me speak, you wouldn’t question my origin. That you wouldn’t be able to tell me apart from an English person if you heard us both in a phone call.

Clearly, that wasn’t the case, and hence the “Where is your accent from?” every time I speak. Or “Why do you not speak British?” from my clan back East.

My English is not American or Canadian or British. I spell my R’s and Tees and I pronounce ‘Water’ without extending the A and the E and with a T that sounds like Tea and not Ree. I love my accent. I love that every letter in the alphabet has not been removed from my dictionary, and I love that I still remember it the way my first grade English teacher taught me to pronounce it. My accent is a second-handed blend of American and British teachers at schools, of the Baby-Sitters Club books that I read out loud in my room while pretending I was one of them. It’s the Arabic version of The Secret Garden I read before bedtime, it’s a bit of Hannah Montana, but mostly seasons 1-10 of Friends on playback, obviously with subtitles. It is the months I spent in a summer camp screaming musical theatre to kids who wanted to learn the language. It’s Anna from the Philippines who pronounced everything differently and spiced up my words a bit. It’s living in the U.S. at 15 with an American family who spoke very American and then trying hard to pronounce Water as WaRDer for a few years after that but unsuccessfully going back to the roots of my accent. It is the two Ukrainian travelers I met on a boat in Hanoi when I tried to ask for chocolate. It is using Google translate to communicate with the Vietnamese authorities when I missed my flight and got stuck for two days at the airport. It’s doing theatre in English and debating in my Arabic classroom at high school. It’s my obsession with Turkish shows, which led me to unintentionally learn the language and converse with it in Istanbul while trying to buy my sister’s wedding dress. It’s making friends from Srilankan and Burmese and Indian and Moroccan and British descent at university. It’s an extracurricular class of Spanish I managed to pass at University.

My accent is a blend. Like a Medium roast, Middle eastern, West European, North American blend. It’s the words I mispronounced and misheard with the words I learned how to spell. It’s a collective of a lonesome childhood followed by multitudes of escapes across the world. It’s the people I met, the friends I made from every part of the world, and a bit of my haphazardness occasionally getting in the way. It is an anecdote of my journey and its mishaps along the way. My accent is nostalgic, like my diary at 13. It brings it all back, no matter how much time has passed.

So, I don’t speak American or Canadian or British or Jordanian. Where is my accent from?

My accent does not belong. I speak me. I speak foreign. My accent is foreign.

I get a little less awkward & a little more quirky the more I write.