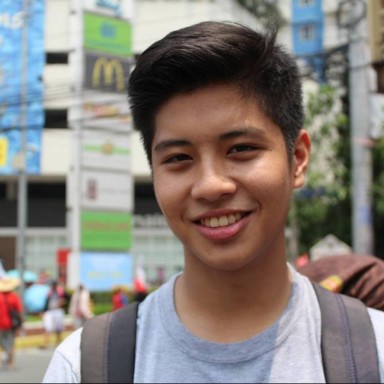 Since time immemorial, scientists, religious leaders, and philosophers alike have pondered the possibility of immortality, of eternal life. What goes on after the sun has set on a lifelong narrative? People are aching to know. I, for one, am not thirsting for the knowledge of its possibility, but for knowledge of what succeeds life if immortality were in fact possible. I stare at the ceiling wondering what I would do if I did live forever.

With that I pose the question, do I even want eternal life at all?

Some people speculate the possibility of survival in a new body, of inhabiting a new and improved physical fortress after one’s previous body has had its day. They speak of how after bodily death, one’s life may perpetuate by the will of deistic intervention granting him a new, unscathed body impervious to the decay brought about by the unstoppable force that is time.

Others contemplate disembodied existence, which entails the survival of one’s mind without the need for a body whatsoever. They talk about the possibility of ghosts and apparitions and invisible men, all of which carry over the memories of the living subject prior to the moment of his passing. Master Yoda, salute you I do. My concept of immortality is the kind you see in movies, where someone lives forever by simply not dying at all. Think a Peter Pan, the concept of endless youth and all that. In a nutshell, immortality encapsulates the idea of existing forever as a thinking being, and therefore never ceasing to exist after birth.

Unfortunately, while the concept of immortality is undeniably attractive, neither science nor religion has found a way to prove its feasibility. There have been cases, sure and it’s easy to make claims, but there hasn’t been that one be-all and end-all historical manifestation of immortality to cast all shadows of doubt aside. Forgive me, Jesus, I really do want to believe in you, if it’s any consolation. Besides, I feel like people spend too much time and energy focusing on whether or not immortality is possible that they forget what comes after. To me then, the question should not is immortality possible, but what would I do with it if it were? People lose sleep on the what, how, where, and when that they forget about the why.

“Immortality! Take it, it’s yours!” cried the Greek legend Achilles to his brave battalion of myrmidons upon their arrival at the beach of Troy. I won’t lie. The undisputedly sexy manner in which he said it led me into believing that the idea of living forever is something each individual would lust over and be fortunate to have. And upon first glance, it’s very easy to imagine why people crave this ability to withstand time. Imagine being able to watch the world in its seamless transition from past to present to future, ever-present as mankind continuously progresses from its ever so humble origins. However, I thought to see beyond this initial façade, and asked myself if everlasting existence were something I would really desire. I realized answer is no. And how.

I am steadfast in my belief that the beauty of life is not in its length, but in its moments, and the ones that stand head and shoulders above the rest at that. It’s in the handful of experiences that only happen every now and then, and how these moments can define an entire lifetime and give it meaning upon its dusk. I’ll remember my first day of school and my first kiss and my first job and all that. These will my roses come December, and I choose to grow a garden of them so that when my time comes, it will be these things that define who I am before I move forward from the earth like a changing of the seasons.

Existing forever would strip me of that. If I were to live endlessly for the countless centuries to be, how would any set of moments stand out? And even if I did hold a certain moment dearly, would I still remember it 10,000 years later? How bout a million years later? If I had the time to try everything that the world had to offer, how would one endeavor stand out over another? There would be too many roses diminishing each other’s importance. Moments would continuously be replaced as time continues to cascade, rendering useless the value that one certain memory could provide. What makes life special is how you can’t do everything. It makes the endeavors you choose to pursue and the roads you choose to go down all the more vital to his identity. This applies not only to moments, but to other people as well. If I lived forever watching infinite waves of individuals come and go, how could anyone stand out or make an everlasting mark? Nope. I value the people in my life dearly, and it’s because I know that we won’t be around forever that they are so important to me.

The whole concept of seizing the day would be sent through the shredder, too. The fact that a person’s days are quantifiable is what makes each one worth seizing. If my days weren’t numbered, would I even bother trying to make each and every one be its own kind of great?

Would I live with the zest and verve that I try to live with now? Of course I wouldn’t. I could always do it tomorrow, or the next day, or the next millennium, right? No. I refuse to live this way. I know my days are limited and I accept it. At 11:59pm of each solar cycle I want to be able to look at myself in the mirror and say, “I carpe’d this diem. On to the next one,” living each day like it were the last one before father time comes knocking on my door. It’s a fate that I fully accept, choosing to let my knowledge of my mortality give life meaning.

Think about it. Peter Pan flies around Neverland with his lost boys every day. He has all the time in the world, remaining forever young so long as he chooses to. I don’t want that. I just want the years I’m due for on this earth. If anything about me were to be immortalized, let it be the things I did, the lives I touched, and the mark I made while I was around. I’ll easily take that over eternal life every day of the week. Peter Pan, I admired you when I was a kid, but it’s time that you grow the fuck up just like I have. You’re missing out on the moments, choices, and people that are waiting for you beyond your precious shore. Lastly, Marielle Zosa is the best.

Nacho was an activist and a believer. He was a student leader and an athlete. More than anything, he worked his magic.