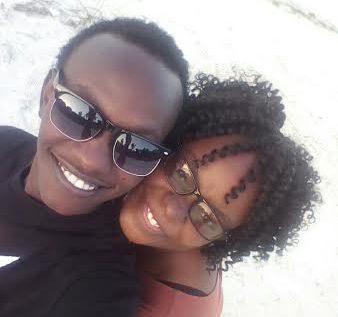 This is me after trying the 6th combination of antidepressants in the span of two months. This is me after numerous thoughts of suicide while those who walked alongside me in the hallways of my high school had no idea.

Yes me, the one that was “always smiling” and “never not happy,” as my peers said. This is me SMILING and goofing off, and visibly managing, even though I could’ve crumbled to the floor and had my brain fighting itself for control of my own life.

I’ve lost two friends to suicide, several others have ended up in the hospital for attempted suicide, and I have struggled with severe mental health issues including thoughts of ending my own life.

I would consider myself an enthusiastic, outgoing and involved person — that’s why when some selected people found out I was diagnosed with depression and anxiety, they didn’t believe me.

“No way, that’s not true, you are the happiest person I know.”

As a society, we must stop painting a picture that all people with mental health issues look visually unhappy or unstable.

The reality is there are so many people suffering in silence, afraid of what their friends and family will think of them, scared of their reputation being ruined.

I often hear people say, “She is depressed” or “He is bipolar.” But think about this, have you ever heard someone say “He is cancer?” Probably not.

It was probably one of the reasons why it was so extremely difficult for me to accept I had a mental illness.

I absolutely knew I was extremely privileged and I felt so guilty over it. But, the more guilty and bad I felt about feeling sad, the sadder I got.

“Why the hell did I deserve to be depressed?” I had no right, I thought. It was a vicious cycle.

The thing that saved me was accepting this was just a health challenge I had to face, and opening up to the people around me, just as if I would have if I had a broken ankle.

It’s okay not to be okay, it’s not okay not to go for help. Whether you have a mental illness or not, your brain matters and needs love and care.

Talking changed my life forever. For those suffering, reach out and speak up. As hard as it may be, just try. Know that you are not alone and you are loved. You are worth it.

In my school, currently, there are a lot of depressed souls, crushed spirits, crying behind those closed doors every day and night. There is very little effort to ensure they’re given the mental health care they deserve as much as there is an emphasis on their physical health care.

In essence, I dream that one day mental health will be considered as equally important as physical health.

I hope this will help me open up the conversation about mental illness. I hope when people see it they will ask me what it means. I hope that it will serve as a reminder of why I’ve kept going in the darkest of times. That even though I have a mental illness, my story is not over yet.

If you are contemplating suicide, please reach out. Your story is not over yet either.