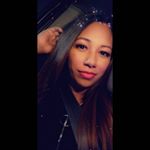 Stop letting the right one pay for the things the wrong one did.

Getting back into the groove of things after being hurt is not easy. You begin to overanalyze everything. You think everyone’s out to hurt you just like he did. You think every compliment is just another way for someone to take advantage of you.

Pain, heartbreak, anger are all things that keep you from seeing that the right person is still out there waiting patiently for you to let your guard down. Waiting for you to stop making that wall around your heart higher and higher. And eventually, you do just that. You let someone in. Someone who is constantly showing you that they care. Someone who talks and communicates with you just like you’ve always wanted.

He caters to you and all your needs. He’s sweet, kind and has a huge heart. But you begin to shut him out. You begin to assume he’s going to be like the rest. You compare him to the one who hurt you so much that you have now convinced yourself that he’s just like him. He’s going to cheat on you. He’s going to be verbally and emotionally abusive. He’s going to make you feel like you’re not good enough. You get scared every time his phone goes off and start thinking “who is he talking to.” You want to check when he’s not looking. You begin to become so paranoid that you push him further and further away. You have drowned yourself in fear.

But he’s not him! And he’s telling you he’s nothing like him. Here you have the right man paying for the things the wrong one did. You broke free from the hurt and pain once. Now be free to allow yourself to love and trust again.

I’m a mom of 5 finding herself again after going through divorce.