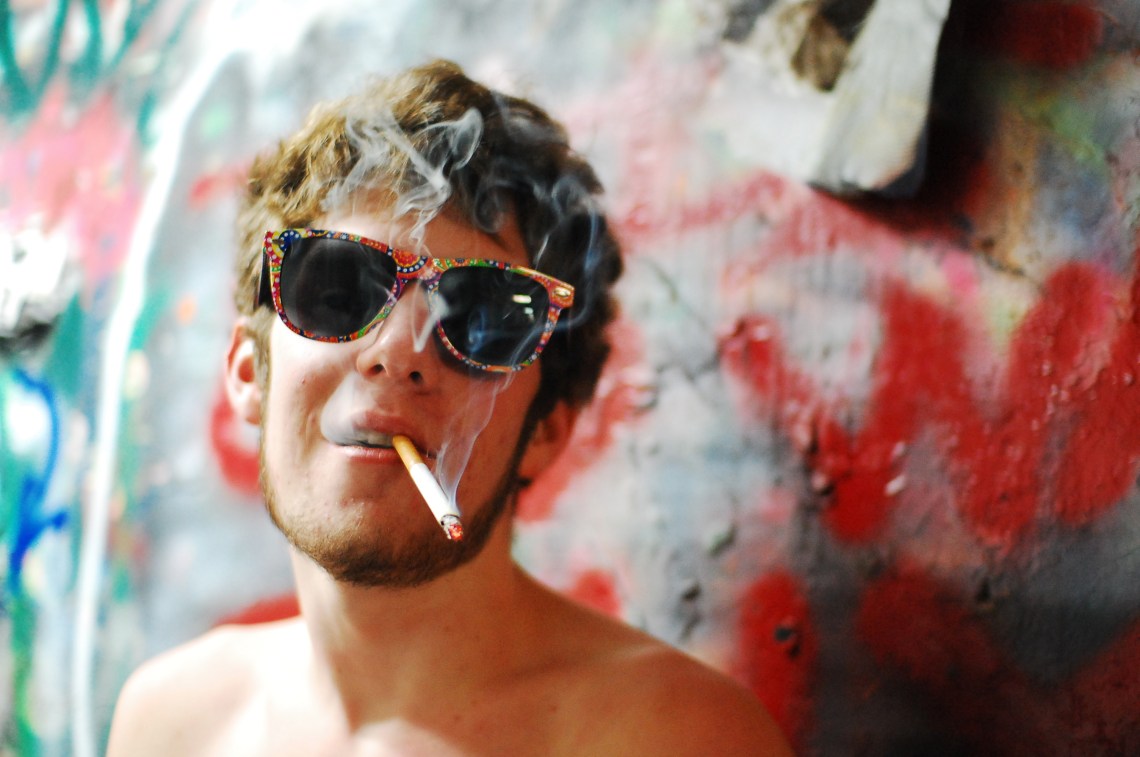 I feel like most women tend to fall for the bad boy or the man with asshole tendencies. My foolish heart used to fall prey to the bad boy syndrome, but unfortunately some women never escape it.

Bad boys are like wild cards: They don’t value you, rarely show up emotionally, and you can’t let him know your true feelings because it may drive him away or give him the upper hand. Like a drug you find yourself sitting there waiting on a text and unable to resist him and others like him…again and again. If someone is wasting your time, not 100% committed, and taking you on an emotional roller coaster, isn’t that a bad thing? We find the “bad-boy” types sexy and exciting—that is, until their impulsiveness, selfish ways, and disregard for anyone but themselves hurts us or gets us in trouble.

Stop treating men like your pet project or holding onto that fantasy that you’ll be the one to finally change a bad boy. Here’s a secret: For the most part, men know what their intentions are for a woman within the first interaction/date. They have a pretty good idea if you are the one they want to change their asshole ways for within the first few dates. Don’t get your panties in a bunch and go off on me because I know everyone’s situation is different. but I’m not talking about exceptions here. Why not find guys that are bad in good ways? For example, find someone who is adventurous, spontaneous, or likes extreme sports. They don’t need to break your heart to keep you interested.

Something I’ve heard women say is “Well, apparently I just love assholes, I can’t do nice guys.” Maybe it’s not that you don’t like nice guys but you’re used to someone who doesn’t treat you right. You’re so used to someone not treating you like a queen that you’ve started to blame yourself for someone else’s actions. Stop telling yourself that. You don’t like assholes. You need to stop letting guys treat you like a peasant; it only results in wondering why you’re sitting alone on a Saturday night staring out your window while questioning how you got your heart tied up. Stop making excuses or settling! If you want a guy to hold the door for you, pull your chair out before you sit, or open your car door, go get that because guys like that exist. There are better ways to find excitement (hobbies, sports, creative pursuits, travel) than having to deal with someone hurting you ten times over.

There’s a difference between good and boring. Good guys can be fun and thrilling as much as a bad boy, but the difference is that a good guy will actually be there physically, mentally, and emotionally. You don’t want a bad boy. What you want is a man who will break someone’s face for you but also make you breakfast in bed. Why choose the darkness when there is so much light around you?

So find someone who feels like home and an adventure all at once and stop selling yourself short.

Ladies, This Is Why You Fall For The ‘Bad Boy’

You Keep Choosing The Wrong Guys Because You’re Looking For A Project, Not A Man

6 Things Bad Boys Will Never Really Get From Women

Don’t Focus On Nice Guys And Bad Boys, Focus On Right For You And Wrong For You