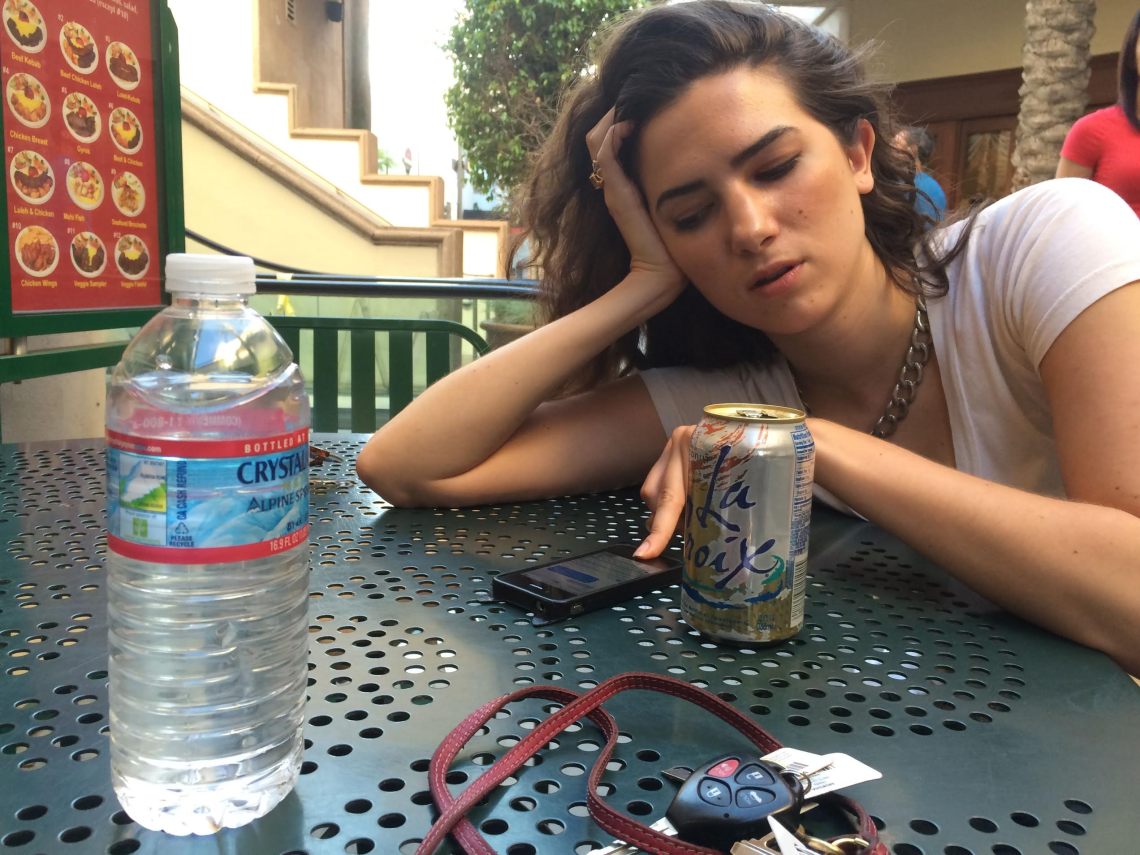 Keeping your group of friends tight is always (yes, always) better than being in group of like, forty-five “super close friends”, but sometimes we throw friends away too quickly. It’s a defense mechanism and it makes sense—why would you want to keep around someone that’s started to send bad vibes your way or who’s behavior you find exhausting? But dude, sometimes you wonder if it’s all a timing thing and you think there could be room for a You Guys pt. 2. Sometimes there most def is and you deserve to move on and reconnect because this kind of friend was actually a pretty good one.

So their inner drama wound up affecting your entire friend group and there was that weird drunk night where his now ex-girlfriend tried to fight you. It made sense while he was with her to distance yourselves from him, but now that they’re splitsville and he’s probably like, dying in a million shades of regret, send him a text. See where he’s at. People go mental in relationships—like, 1/3 of all relationships are certifiable whackadoo parties—and maybe he realizes that now.

THE ONE YOU KNOW IS SORRY TOO

You’re just waiting for them to text or call or email or DM or whatever. As long as they reach out to you and say sorry for getting drunk and puking in your DVD player while giving your boyfriend a hand job, you’re ready to take her back. Know what? Get over your ego and call her first. If you’re ready to move past the weirdness, do it. Allow yourself to have that emotional Goodwill drop-off.

THE ONE WHO YOU ALWAYS FORGET TO CALL

An example from my own life: I met this girl named Stacy at a party a year after I moved here. We instantly liked each other and it was a LOL convention so we took each others numbers. You guys? We never reach out to each other to hang but we run into each other in some CRAZY way we manage to find each other once every 2-3 years (she was in a Planned Parenthood volunteer group with my former roommate last time we caught up). Every time we hang it’s like we’re best friends who never see each other and we get super deep about our lives but in a non-dramatic, supportive, healing way. I have her number in my phone. She has mine. We never call each other. I probably should get around to testing her for lunch one of these days.

You were two girlfriends who found each other through AIM back in the day and formed an unusually close bond that you normally only reserve for IRL fans. Then one day, you kinda just stopped talking. Maybe you’d been arguing lately, maybe one of you quit AIM for awhile and quietly rejoined once you got to college. Send her an IM. Be like ,”Hey, girl. What’s up?” You probably won’t ever go back to talking all the time, but it’s nice to reach out, you know? Everyone likes being thought of.

Time’s passed. You and this person had a semi-disastrous break up but it’s whatever at this point. You’ve started to miss their jokes and remember the good times again. You think there’s a chance that you’re willing to give the pre-boning relationship another shot and friendzone each other’s asses. Jerry and Elaine were exes, you know?

THE ROOMMATE WHO BURNT DOWN YOUR LIFE

Okay, for some reason, the last month you lived together, she morphed in to a demon spawn and wreaked havoc on your life. This girl was your for real bestie up until that point, though. You guys loved spending time together, your living arrangement was comfortable and fun to go home to, you knew each other’s families and shit. But then she lost her job, had to move and got all crazy about the security deposit. She also tried to take a bunch of things you bought together and said some super nasty stuff to you one night when she was drunk. It’s been like three years and you haven’t really spoke since she moved home to her dad’s place. You have perspective on her situation: she was financially and emotionally stressed, young and unprepared for that not cute life moment. Write her an email. Despite the fact that she acted crazy during a legit crappy time in her life isn’t that unforgivable and people you can be that “you” around are few and far between.

You only really hung out with this person two times but that was after years of being snubbed by them. After your hangs, you kind of felt dirty, like this person was only interested in you now because you had something that was valuable or interesting to them. You wonder if it’s possible you’re just imagining this, but no hon. If suddenly someone who would turn their head when you’d say hi is rallying to be your bestie not long after you level-up in your career or social circle, hang some garlic around your neck to ward off that vampire.

THE ONE WHO HOOKED UP WITH YOUR GIRLFRIEND

Guys, how could you possibly forgive one another as easily for this as you often do? What the fuck? You’re getting beers with the guy who two months ago fucked your girlfriend while you were out of town? Like, neither of you speak to her now but you’re splitting a sampler platter from the Applebee’s menu and watching the game three months later? Guys, are you literally covering your emotions with chicken wings and Bud Light? Are you all Jax from Vanderpump Rules? You should punch out that guy in an alley and spend your life trying to ruin his.

THE ONE WITH THE SHADY BUSINESS PRACTICES

Some people don’t care about this—in movies it’s always wealthy Southern families somewhat familiar with the shady stock trading their wealthy neighbor’s been doing for years, but you should. If a person is willing to be an asshole in business, you can bet anything or anyone that falls under “pleasure” is equally vulnerable. Greed and immorality aren’t traits you can direct into only one portion of your life.

THE ONE WHO IS AN OPEN EMOTIONAL WOUND

You think you have an idea of what happened to this person as a child, but clearly you’ll never know the full story. Her wounds go DEEP. Almost every time you hung out, she would make everything about her. Her demands always needed to be met or she’d pull out the “my mom was a drunk” card. This triggered your co-dependence and made you want to mother her, but after awhile you realized this person wasn’t capable of being a friend because they don’t think about anything or anyone but themselves. They operate as a victim at all times. People like this rarely change. They’re a time suck, an energy suck and just generally suck. She goes in the Emotional Goodwill Bag, too.

Molly McAleer lives in Los Angeles with her chihuahua and can be found on Twitter (@molls) and on Instagram (@itsmolls). Her writing has appeared on your television, your Internet and the bathroom walls of your favorite cyber cafes.