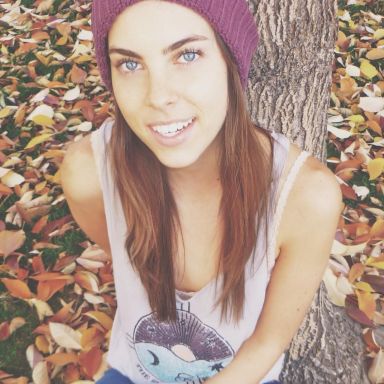 The air was intoxicating, like one too many beers on a balmy summer evening. It engulfed my lungs as I inhaled the heavens above. I teetered the edge of the Santa Lucia Mountains, looking out into the cosmic ocean before me. I almost got lost trying to fathom the immensity and curiosity of its presence. Off into the distance, the waves crashed rhythmically. Each wild swell seemed to reveal a hidden enchantment about the sea, a secret I longed to uncover. The smell of salt lingered and tickled the edge of my nose. The energy of the mid-morning July rays kissed my skin sweetly. The outlying coves struck me as old friends, offering an invitation for adventure – one that I had been unknowingly preparing for my entire life.

I thought about pocketing every single sight, smell, and sound that seduced my senses. My eyes strove greedily to unearth everything around me – the sun beams, the endless baby blue sky, the clouds shaped like submarines and lion’s manes and ice cream cones, the whitecaps that provided stunning contrast to the deep turquoise waters, the redwoods that lovingly rendered shade to admiring beholders like me, the golden wildflowers that blanketed the landscape like fresh snow. This place had loved before me, and it would love after me, but right now, it was all mine. I wanted it all. I wanted it to consume me. I had only been in Big Sur, California for a mere hour and twenty-three minutes, but it had already settled permanently in the very corner of my heart.

I promptly concluded that the ocean made me feel incredibly small, a reminder that I have so much yet to learn. At the same time, it made me feel inexplicably connected, to myself and to the universe, a reminder that I contain a love beyond words. As I sat cross-legged near the edge of a rocky cradle, noticing its rugged terrain and the ocean ahead, I pondered the unpredictability of its waters and the comforting promise of their ceaseless existence. It humbled me, made me feel reborn. Life couldn’t hide here, I realized, because life was everywhere.

As I breathed, my chest expanded with rich, salty air. The silence was infinite. I couldn’t help but wonder about the unexplored world that existed underneath this one – the alternate universe that flourished thousands of leagues under the sea. I daydreamed about mermaids and how I had wished on my seventh birthday that I would become one. I daydreamed about humpback whales and the melodic songs that they play for each other through echolocation. I daydreamed about seahorses and how fascinating it was that the males carried the offspring. Why were they called seahorses, anyway? I daydreamed about manatees and porpoises and jellyfish and stingrays. I felt a strange sense of mutual understanding with these creatures; like we all had mastered some deep mystery about the ocean that no one else would ever expose. Kindred spirits, we were.

From the rough and soothing cliff that had been made my temporary oasis, I wandered down the narrow, man-made trail that led to a small opening in the shore. I took off my shoes and felt the warm, untouched sand envelop my toes. I stood on the verge of the water, watching the tide ebb backwards, coming back towards me and seizing me with its cool and refreshing heave. I submerged myself without reservation, returning to the womb. I drifted on my back, the ocean’s pulse and my own heartbeat harmonizing in natural correspondence. Happiness overflowed and reality and fantasy became inextricable.

The echo of the dunes, the humming of the waves, the clarity of the shore, the solitude, the allure of amber goldenrods, the incomprehensible beauty, the endlessness – I spent hours marveling at it all. I would have defended it with every ounce of my being. Its magic transformed me. I’ve never been one for religion, but if anything could have turned me into a believer, Big Sur was it. There finally came a moment when I couldn’t quite discern where my body ended and the sea began. So I let it take me.

Molly Clarke is a Boulder, CO native currently studying at the University of Denver. An artist and creative writer at ...

This Is How Travel Brought My Sexy Back

This Is How I Learned To Stop Fearing Lost Time

Reading: A Feast For The Senses

This Is Why I Write