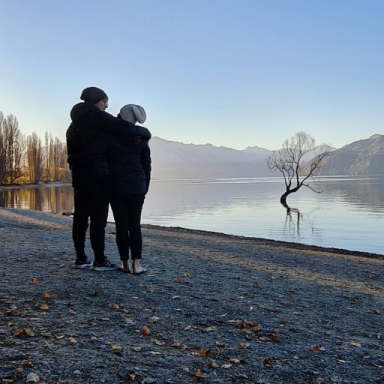 Lately, I’ve been getting a vibe that I’m starting to be that “toxic friend.” So I decided to take a breather for a while. I avoided gatherings, stopped meeting acquaintances, and enjoyed my sweet time alone. With this time on my own, I’ve started to understand that life was way better when I was young. It’s not that hard to meet a stranger (plus safer), welcome them in your life, and laugh together at your wild adventures. The next thing you know, you’re lifelong friends, then become family — well, that’s what I thought.

As I grew up, my family thought I had loads of friends because whenever there was a problem, I always ended up winning that battle, no matter what. My buddies from college aided me financially and encouraged me to get through most of life’s struggles.

They’re like family to me, but I can’t say that I’ve been a good friend to them. I always say yes whenever there’s a get-together, then call up to say that I can’t make it at the last minute because something “urgent” came up. Despite all the lies and cancellations, they were always there for me. All this time, I thought I was taking care of my friends, but really, it was the other way around.

Then I moved places and met new people who I considered friends, who became family. We were happy, and we were always there for each other, laughing at almost anything—basically, we ‘clicked’. However, after sorting out some unavoidable, confrontational questions, everything fell apart.

Everything I thought I had was lost in a blink of an eye. I initially thought it was just an obstacle that we all needed to overcome. Then suddenly, everybody left one by one, went to follow their dreams, and pursued their own goals. All of them started living a life separated from everyone. Some kept in touch, but some left nothing behind but a cold, awkward memory.

I tried staying in touch and messaging these friends to keep them in my life, like a desperate ex-girlfriend trying to get back together with her boyfriend. But I guess, like every other relationship, you eventually accept the fact that the ‘connection’ is already gone.

“Do you think it’s worth asking how everyone’s doing?” my husband always asks me when I’m on the phone. “No one’s answering you most of the time, and it’s always you who messages them. Do they even want to know how YOU are doing?”

I never gave it much thought, but then I started asking myself, “Is it worth it?” I used to believe that friends, regardless if they’re in the other part of the world, will always stay friends, even if you don’t talk as much as before. How come the friends I neglected at home were always there for me, even though they don’t see me often and we hardly chat unless there’s an emergency?

I’m beginning to understand what my partner has been telling me. It’s an important point that I’ve been hearing but can’t seem to comprehend.

He always tells me, “Friendship is a two-way relationship. It’s never a one-way street.”

We’ve been together for seven years and more, and we’ve had a lot of acquaintances. Out of every 100 people we meet, he ends up befriending one. As for me, most of the time, I try to become friends with the remaining 99.

We can always be friends with plenty of people, but we must agree that not all are willing to keep the bond. Some will leave you in pain, feeling alone and undeserving of their friendship.

Over a cup of coffee, I realized my husband has more friends than I thought I had. We planned our wedding, and he had pals who he could rely on, who would go through walls for him. All I had were my sisters (which I feel very blessed for, of course) and my friends from home that I’d been lying to for a long time, which is less than three people.

I’ve never felt alone. I learned that I need to quit being too clingy and too absurd and know that I’m not a teenager anymore who needs to seek attention and acceptance from other people to feel secure and happy. Since most of the time time it ends up as a one-way relationship, my husband had a valid argument.

My friends have moved on and set their focus more on their life, and that’s a fact I need to understand. I guess everybody needs to move forward and that people like me should stop living in the most unforgettable, legendary, and crazy stories from the past.

Losing some friends means gaining the real ones, the people who are willing to give back their part of the two-way relationship, the ones who are willing to accept who you are and ask how are you without you messaging them first. Heck, new people come to each of our lives as fast as they exit them.

I’m an ED Nurse, wife of a moody editor/writer - Miko.