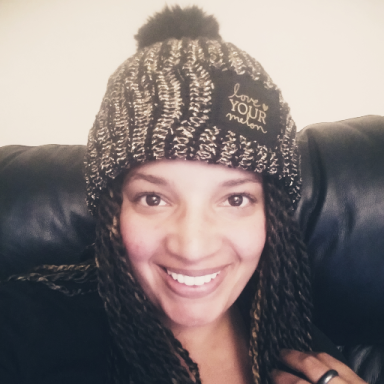 It happens gradually. Then suddenly. Something just seems… off. He no longer has that loving look of admiration when he glances your way. He takes longer than normal to return a call or text. You feel him start to build walls, which turn into a castle, surrounded by a moat and complete with a fire-breathing dragon. His heart becomes completely impenetrable.

This is what you’ll witness firsthand when he falls out of love with you.

He doesn’t talk about his feelings, your relationship, or the future anymore. You can feel him pulling away, which just makes you try to grasp him tighter, which just pushes him away even further. He no longer goes out of his way to show or tell you how much he cares about you. He’s no longer proud of you or your accomplishments, and it feels like he no longer likes the things that make you uniquely you.

2. He Stops Making Time For You

You two used to be inseparable. He’d call you after work to make plans, schedule dates, and surprise you just because. But now? You can barely get a date on his calendar, not to mention you never know his whereabouts. He only makes plans last minute, and sometimes you feel like you’re begging to spend time together. The guy you thought was your best friend is slowly becoming the perfect stranger.

3. He Stops Keeping You Informed

Remember those sweet “good morning, beautiful” texts he would send? Or the deep conversations you’d have while lying in bed together? Those are long gone. He disappears and you don’t hear from him the entire day — or longer. He doesn’t tell you where he’s going, where he’s been, or what he’s up to, but his actions are making it more and more clear that whatever he’s doing doesn’t include you.

4. He Prioritizes Everything Over You

You ask if you’ll ever be a priority in his life again and he brushes off the question. His hobbies, passions, and interests have now taken precedence over your relationship. He doesn’t include you in his favorite activities anymore. You don’t spend quality time together, and during the time you do spend together, you often get the impression that he’d rather be somewhere else.

5. He Stops Inviting You to Hang Out With His Family and Friends

And he doesn’t make time for yours, either. No longer are you invited to family events and dinners. He makes sure to keep you at a distance from the people he’s closest with. When you tell him the importance of family time, he shrugs it off. He hasn’t made a conscious effort to visit your family in months. They ask about him, but you’re out of excuses as to why he no longer comes around.

6. He Stops Touching You

At one time, he couldn’t keep his hands off of you. He sat on your side of the booth at the restaurant. He loved holding your hand, cuddling with you, and touching you while you walked by. Now? He goes out of his way to avoid you. His kisses are lifeless; his hugs lack a loving embrace. His heart has turned cold, and you ache for his touch, only to feel rejected over and over again. You began to question your own attractiveness, and your self-esteem and self-worth take a serious hit.

His smile is broken; his voice is dull. You feel like you’re looking at the shell of the guy you once knew. What happened to him? Where there was once joy and happiness, sadness and confusion have set in. He feels like he’s a million miles away and there’s nothing you can do to reach him. You feel him disappearing right before your eyes.

8. He Doesn’t Care About Your Feelings

He offers no explanation for his behavior, he doesn’t apologize for his actions, and he has no intentions of changing. He tells you that he didn’t lead you on or waste your time, but you know he’s just saying that to relieve himself of his guilty conscience. When you try to be open and vulnerable with him, he turns away, shuts you out, and disregards the negative and hurtful impact he’s having on you.

9. All of His Actions Leave You Broken And Confused

You’ve tried telling him how you feel over and over and over again, in multiple ways, and he tells you you’re a bad communicator. In reality, he’s just not listening and he’s not concerned that his actions are breaking your heart. He’s left you feeling abandoned, rejected, and unworthy of his love and cannot explain what caused the shift inside him.

It all comes to a head when you end up crying hysterically crumpled into a ball on his bedroom floor, wondering how this happened again. What changed? Why doesn’t he love you anymore? What’s wrong with you?

You tell yourself that you’re worthy of love, but deep down you’re not sure you still believe it. His actions have made you see yourself as unlovable, undateable, undesirable, and undeserving. You wonder why you gave him more of your precious time. You wonder why God let you down again.

You’re angry. And you’re hurt. You’re mad at yourself for opening your heart up again, only to have it be crushed. You’re distraught with the disappointment of another failed relationship. You’re sad that you couldn’t be the one to make him happy. The thought of him falling in love with someone else is as devastating as it is nauseating — especially when it wasn’t so long ago that you watched the last “forever person” take you down the exact same path, only to watch him fall in love with someone who wasn’t you.

You think that each heartbreak would get easier, when in fact it just gets worse. You feel like your chances at your happiness and true love are fading away for good. You feel helpless. Hopeless. Worthless.

But then you remember you’ve been here before. You learned that you can never make someone see your value, and their inability to see your worth has nothing to do with you and everything to do with them. If someone wants to love you and value you, they do.

You don’t need to make pie charts and PowerPoints or go into great detail about what makes you an amazing person. If he wants you, he’ll be all-in. If he truly cared, he’d never make you feel this way, because the man who really cares will cherish your heart and treasure you as a person, and he’d go out of his way not to hurt you because he knows that love is not a feeling, it’s a decision.

Love shouldn’t make you feel like you’re not enough. It’s patient, kind, and understanding. It doesn’t play games. It doesn’t hurt others. But you cannot make him choose you, and you cannot keep someone who doesn’t want to be kept.

Yes, you’re hurting. But you’ve burned to the ground and risen from the ashes. And you can do it again. You find your favorite break-up playlist and then you begin to rebuild your life. You trust, you pray, you wait, and you remember that you are a beautiful, loving woman and any man would be lucky to have you. You make the necessary changes to become a better you. You get healthy. You get happy. You’ll be okay.

You know you’re worthy of a man who falls more and more in love with you every day, not a man who gradually falls out of love because he doesn’t know what he wants anymore.

Wait for the guy who knows. He’s worth it. But more importantly, you’re worth it. Don’t ever forget that.

Breaking Up Falling Out Of Love

This Is How You Will Fall In Love Again

10 Disturbing Signs That Point To Your Addiction Of Loving Cheaters

Every Time He Said ‘Forever’ You Were Fooled

I Had An Online-Only Relationship