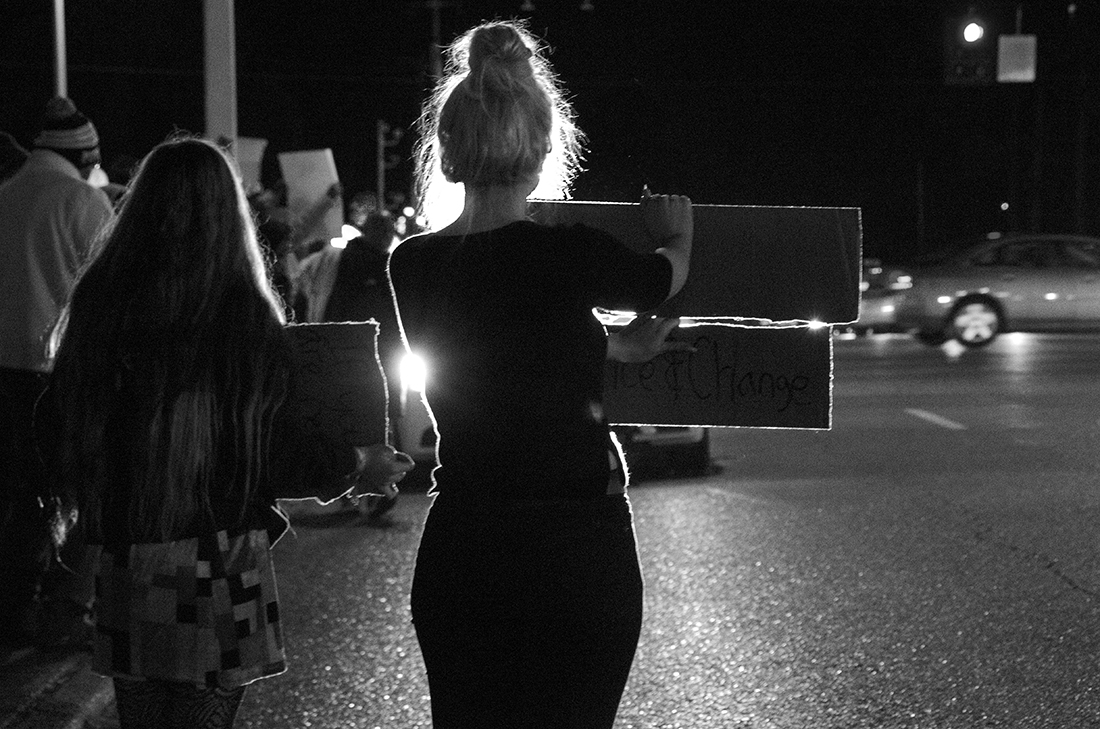 “Will somebody please tell me when it became OK for people to disobey and disrespect an officer of the law??!?!?”

Rule #1: Some questions on Social Media are rhetorical.

A glutton for punishment, I answered anyway. Early in the thread I tapped away something along the lines of,

“If we’re talking about what I think we are, a quick read of #CrimingWhileWhite and#AliveWhileBlack on Twitter will give you a view of the inequity in the justice system. While it’s never OK to disrespect police, you are much more likely to be killed for it if you’re black.”

I’m paraphrasing here because my comment was deleted, not by me, but not before someone else had a chance to disagree with me.

“Misty sorry but I’d have to strongly disagree with your statement.  It’s so untrue that if you disrespect the police you have a higher chance to be killed if your [sic] black. Where are your facts? [Onus Probandi] I hope not from the tv or the internet [Ad Hominum].”

Let’s call my challenger Amy.  Was Amy right?  Am I a victim of the group-think of my mainly Liberal Facebook friends?

So I looked around. According to the Bureau of Justice Statistics, read here, of the arrest related deaths between 2003 – 2009, 2,931 were classified as homicide by law enforcement. Of the deaths, 42% of people were white, 32% were black and 20% were Hispanic.

Amy is vindicated!  Except she’s not.

I added these links and these stats to the Facebook thread.  Amy said in her husband’s 25 years of law enforcement, he saw no such pattern [Appeal to Authority].

I said if we are using her husband’s experience as anecdotal evidence, let’s also use the anecdotes from the #AliveWhileBlack and #CrimingWhileWhite Twitter hashtags. She replied,

“Ya well I don’t go by twitter accounts but good luck with that [Ad Hominum: Appeal to Ridicule]. I go by facts and the statistics that are generated thru the police dept, cities and counties.”

A head spinning response after having offered government generated statistics.

As an aside, Kind Reader, I propose that we retire the dismissive statement, “Good luck with that.” In the spirit of avoiding euphemisms such as, “He has passed away,” or “He has gone to a better place,” just say, “He died.” And instead of “Good Luck With That,” just say, “I think you’re an idiot.”  It is more honest and just as endearing.

So let’s return to #AliveWhileBlack, stories that plumb much greater depths of racism than I ever suspected existed. And to #CrimingWhileWhite, where caucasian people are acknowledging that they may have gone the way of Tamir Rice or Michael Brown were it not for the color of their skin.

“It is a narrow mind which cannot look at a subject from various points of view.”

The two Twitter feeds side by side have created a conversation about police bias.  Both sides of the racial divide, prejudice and privilege, are pointing out that the Emperor has no clothes.

It only takes a little reading, a little compassion. Good luck with that? It has nothing to do with luck.

I am a graduate of Sarah Lawrence College living, reading and writing in Scottsdale, Arizona. I eschew clever biographies. I’m a housewife who plays tennis. It’s hard to spin that.

Keep up with Misty on awordplease.org

In Light Of Sean Spicer Resigning, Here’s Our Favorite Memeable Moments Of His Time In The White House