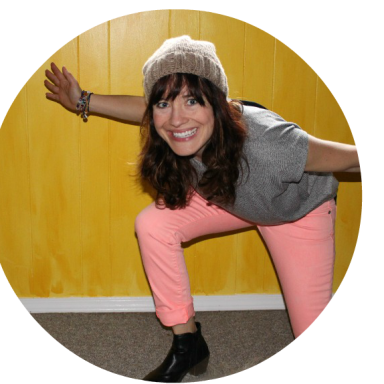 I have a complicated history with women; I was taught not to trust them.

What you learn in your formative, spongy years stays with you. Even when you emancipate yourself, start to form your own opinions, and become aware of the very large world outside of your very small one, those earliest lessons have seeped in deeply into your innermost core.

Women bad-talking women is always done slyly. They don’t come up to you directly and proclaim that “all women are bitches, don’t trust any of them!” Well, some of them do, but you were taught that the woman who is yelling those resentful words is just drunk/bitter/had her boyfriend stolen by her best friend, so you know not to trust her.

It’s already working. The lesson not to trust that woman – or women in general – has sunk in.

That’s how I grew up.

I witnessed decades of rivalry between sisters in my own family. Was exposed to never-ending conflict between mothers and daughters so much that I thought this was normal. I heard my mother’s often-repeated phrase that she always got along better with men than with women. As a teenager, she encouraged me to start wearing makeup to make myself look more attractive. I got the message loud and clear that other women were competition. Sisterhood? What’s that?

I had female best friends. They were precious and important to me. But sooner or later we would have a fight or one of us would get their feelings hurt, and then doubt crept in. What did I tell you? doubt would whisper. You can’t trust women. They will all eventually betray you.

The terrible pain you experience when you feel betrayed – or, even worse, the guilt and shame you feel when you’ve been the betrayer – seeks a culprit.

And there, having patiently been lying in wait, it will be: the option to blame it all on someone else. You’ve been taught all your life that there is a group that’s untrustworthy and out to get you. Now they have—it was only a matter of time. The good news is: it’s not your fault! It’s these damned, untrustworthy women.

I grew up with that distrust embedded so deep into my bones it became a part of me. I’m doing the work now to change my belief system and get these old lessons out of me. They’re like a tumor that grew for so long that its roots are all entangled inside me: I’m still overly cautious, quick to judge, scared to trust other women. It will take me a while to disentangle the lies and cut the tumor out of me.

You may wonder how I feel about guys. I have no problem with guys. After all, I was taught that they’re uncomplicated, honest, and trustworthy. A bit rough around the edges, sure; rude, loud, and obnoxious when they’re boys, but that’s just part of growing up, you know? Boys will be boys, it’s all good. They all got a “Get Out of Jail Free” card with birth that girls didn’t, but that’s just the way it is. Accept it and move on.

That’s the thing that screwed me up the most: I was taught to forgive men but be unforgiving towards women.

I have never been taught the value of female friendship. I’ve dappled in it often, only to abandon it at some point. It’s a hole in my life that needs filling, an open wound that requires healing. My identity won’t be complete until I’ve learned to fully embrace womanhood. I want to scale this huge, seemingly insurmountable mountain in my life: I want to join the sisterhood.

To do that, I have to be brave. Loving and trusting men has always come easy to me, but loving women? It scares the shit out of me.

I’ve always been proud to be a woman. I’m proud of everything women have achieved in the past and are achieving now in the fight towards equality. I cheer and dance and celebrate every time a woman shatters another glass ceiling. I’m learning about feminism and how important—not even an option, but a necessity—it is not only for all of us women, but for the betterment of all of humankind.

But I feel slightly on the outside; a woman by definition and by choice, but not quite part of the inner circle. I’m not part of the sisterhood—yet.

I want nothing more than to fully wake up to myself. To quote another famous poet, Oscar Wilde: “To live is the rarest thing in the world. Most people exist, that is all.”

I want to live. I want to wake up to myself. Sisterhood, here I come.

Creating my happy life on the other side of fear