Skip to content
Report This Article
What is the issue?
I should stress that with a few exceptions, it’s not my intention to be critical of the things on this list but to point out my own limitations as a listener, reader, etc. In other words, it’s not you, it’s me.

I’m talking about late, late Coltrane, Anthony Braxton, the kind of stuff labels like BYG Actuel put out in the late sixties, early seventies. As a concept, I’m totally into it. It’s pure freedom in art—a form of music where literally anything can happen. That sounds great! Oh, there are rules and structures and scaffoldings, but it’s not like the Blues where so much of it is pre-set. And then I’ll put on an album and my interest evaporates. My sticking point with much of the free jazz I’ve heard is that, while the open nature of it definitely appeals, for me there’s a surface similarity to what that openness produces: kind of shrieky, kind of random-random. I know I’m being really ignorant here, but I have tried and still feel a bit shut out. I can go up to a certain point—I love Coltrane until about ’65, and then I have a hard time after that. Kudos to you if you don’t share that problem.

Similar deal here. I love the idea of freedom, and creating a kind of abstract music that appeals to the intellect. There’s the lure of the impenetrable, the extreme, the ridiculously complex. As with late period Joyce, though, I get discouraged pretty quick. Maybe I just don’t like aleatoric music, though not all IDM is aleatoric. If it has some recurring pulse, even if the pulse itself is complicated, then my tiny brain can make sense of it. It doesn’t have to be dancey, but if I have trouble discerning a structure or purposeful evolution of musical ideas—if the first minute sounds more or less like the eighteenth, and not in that ambient, Brian Eno kind of way—then I have a hard time hanging on.

3. Any video game that takes longer than ten minutes to learn and play

Every few years I’ll get on a video game kick, and I’ll kid myself into thinking I’m actually going to play Bioshock or The Elder Scrolls. Other people love playing games, and they look cool and sound intriguing, so I’ll invest in a game system and start it up, and I’ll play for about ten minutes and think, “This is great! I’m really going to get into this game and learn all about the minutiae and folklore, and I’ll devote special time to it each day until I’ve mastered it and it’s become a part of the way I look at life,” and then something will pull me away—doorbell, phone, take your pick—so I’ll turn off the game, attend to whatever it is, and that’ll be that.

I have seen all of Tarkovsky’s films, some more than once, and they’re beautiful and brave works of art, so well photographed and performed by amazing actors who are serious about their tasks, but I have to admit… the mind wanders. My interest level waxes and wanes. Watching Tarkovsky, I feel simultaneously bored and engaged, and maybe that’s just the result when a filmmaker commits to such a slow, almost procedural pace. For me, it’s part of a larger, not entirely sincere fascination I have for films that are either extremely long, slow-paced, or both. It’s part of my pretentiousness, I suppose. (Notice how pretentious that was, the little “I suppose” at the end?) I have tried four times to watch Fassbinder’s Berlin Alexanderplatz, only to bail around the six hour mark. I have seen all of Shoah though.

I actually do genuinely find Phish interesting, but they’re one of those artists whose recorded output is so voluminous that it’s just discouraging. I hardly have time to listen to one show, and there are forty billion. I’d put other artists in this same category—Miles Davis in the seventies is incredibly interesting, but there’s just so damn much of it.

7. Any of the Dune books except the first one

There are other authors I could mention here, but I don’t like to be critical of fellow writers. Writing is hard work, and I have a lot of admiration for anyone who tries it, even if my feelings about their actual writing are more nuanced. But Frank Herbert has been dead a long time, and it’s not even my genre, so I will say that except for the original Dune, which I think is the greatest science-fiction novel of the second half of the twentieth century, the other books in the Dune series show a marked decrease in quality. And yet I’ve read them—all of them—multiple times. Every five or six years I’ll bring out my Dune books, enjoy the first one again, then force myself to read the other five (I’m not counting the ones written by other authors after Herbert’s death), even though I find them to be either flat and remote (Dune Messiah) or too embedded in their own mythology to comprehend (all the rest). That’s, like, three months’ worth of precious reading time spent on books I don’t like. What is wrong with me? I even own them in hardcover!

I’ll eat them, though I’m not sure why. They’re usually pretty expensive for what they are, and I’m generally incapable of distinguishing between the different varieties, unless those differences are pretty obvious—like, this one is super big and chewy, and that one is small and tastes like iodine. Still, I’ll order them on occasion, under no threat or coercion, my motivations strange even to myself. 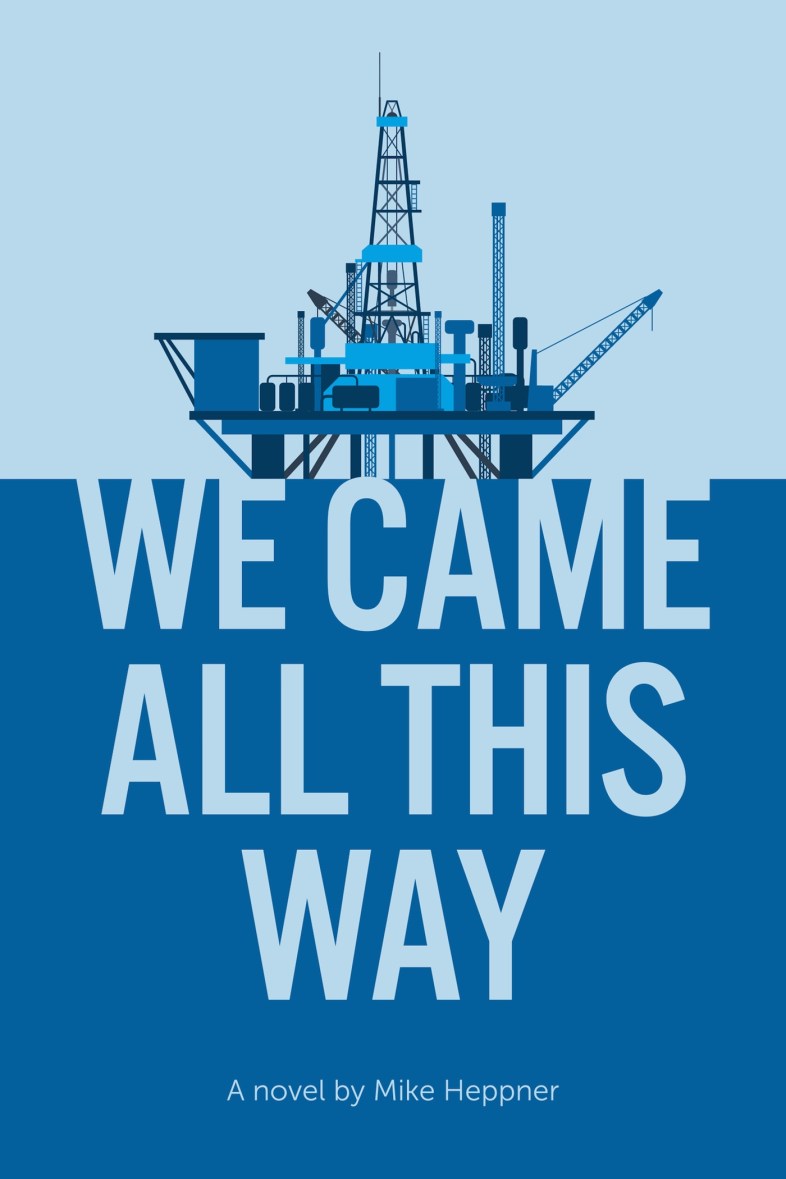 Author of WE CAME ALL THIS WAY, available now.

Keep up with Mike on mikeheppner.com

I’m Finally Moving On, And Other Lies I Tell Myself To Help Me Forget About You

I’ll Never Be More Than Your Almost