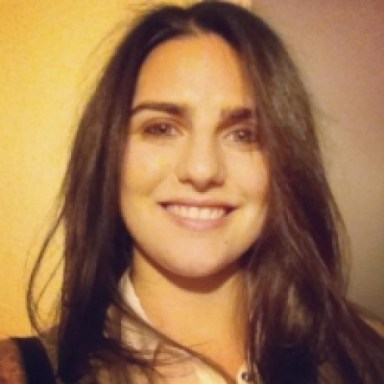 You’ve heard it a million times: use a condom. They’re the only proven method of contraception that protects you from STDs and pregnancy and we all know where we can get them. But does that mean you always use one?

A recent study from Trojan Brand Condoms that examined condom attitudes and behaviors among American adults found that 50 percent of women say they cannot fully enjoy themselves during sex without a condom. And that makes perfect sense — with worries about pregnancy, STDs (which are still on the rise) who’s focused on getting off? But of 80 percent of people who said condoms were important during sex — 41 percent said they did NOT use a condom last time they got busy. So, we don’t enjoy sex without condoms but we do it anyway?

The study also found that nearly 40 percent of people who didn’t use a condom during their last sexual experience did so without discussing it with their partner. As for those in new relationships, 62 percent stopped wrapping it up by month two and 50 percent were silent about it. So, now we’re getting it on without enjoying it and not talking about it?

We sat down with author and relationship-expert Matthew Hussey to discuss why we’re taking condoms out of the equation in new relationships without conversations. And, like a lot of things in love relationships, it boils down to us not understanding each other as sexes.

You’re in the heat of the moment, ask your partner if he has a condom and he suddenly looks at you like you have two heads. Not only does he not have one but he doesn’t understand why you would even suggest that in the first place. You weirdo! Now, you have two choices: make an exception — just this one time — and do it anyway or say “not tonight, buddy.”

“This whole thing is about standards more than anything else,” says Hussey, “Women are going back on their own standards to please somebody else.”

Hussey explains, if your standard is that you won’t sleep with someone without knowing if they’ve been tested or before you’re on birth control, you’re only going to break it if you don’t have the confidence to uphold it. Maybe you’re worried about embarrassment of the conversation, confrontation in general, or you’re worried you’re going to lose him if you put your foot down.

“Confidence is having that standard and competence is knowing how to speak that standard in a way that doesn’t make you seem annoying, over the top or aggressive. It’s knowing how to communicate,” says Hussey, “Combine that with the desire to please a guy and you have someone doing something they’re not really comfortable with.”

And once you do it once, what’s stopping you from doing it again?

Pressure From Your Partner

It’s not just guys who are all, “it doesn’t feel the same”, “I don’t have an STD”, “You won’t get pregnant”. Women are also guilty of putting pressure on their partners to forgo the rubbers.

“Pressure goes both ways,” says Hussey, “I think women to some extent are led to believe that a man doesn’t want to use a condom. Therefore, the quicker they don’t use them with guys the quicker they’re satisfying him more.”

But there’s a difference between pleasing someone and getting someone attracted, and as Hussey points out, we tend to forget that. “Having a standard makes you that much more attractive.”

Plus, condoms can easily be part of the fun around sex. Think about it: when you reach for a condom, that’s a special moment that signifies you’re about to have sex. That should be exciting, not dreaded. “If a woman said, ‘You have to teach me how to put this on, I want to do this for you because it will turn me on’— everything about that it is hot,” Hussey says, “The guy feels special, less intimidated.” See? Your standards are sexy.

“People are way too melodramatic about using condoms,” says Hussey. As for guys who claim it’s more intimate without one? “You’re inside someone, you’re as close as you can be.”

Why don’t you want to be that close to me? Why don’t you trust me? We’ve been together for so long. What does that say about me? Am I not important to you? Maybe you’ve heard it—or maybe you’ve said it to someone else.

“If you’re saying that condoms are ‘ruining the moment’ for you, you have much bigger problems in your sex life — it’s not the condoms,” says Hussey, “It’s all a cover up for something else.”

According to the Trojan study, the top three reasons people cited for not using condoms were trust, commitment and exclusivity. But what do these have to do safe sex and protecting yourself?

People mistake intimacy and trust for safety, and as Hussey points out, they’re really not the same thing. “They’re completely non sequitur, me trusting you doesn’t make you not have a disease,” says Hussey.

And, this is actually a tougher issue for people in new or casual relationships, who are quickly getting bonded, than it is for one-night stands you’ll never see again.

No Love From Pop Culture

We know sex sells, but what about safe sex? When was the last time a steamy sex scene involved reaching over for a condom or an honest conversation about it? While it seems trivial, pop culture often determines what’s cool and trendy and a lot of it is subconsciously ingrained in us. According to Trojan, 75 percent of adults cannot recall seeing a condom reference on TV. Can you?

Whose Responsibility Is It To Have Them?

According to Trojan, 50 percent believe both men and women should be responsible for carrying condoms, but in reality, most people rely on men to buy and have them on hand.

The reason has a lot to do with stigmas and shame, whether it’s from men with double standards or women slut-shaming other women. Condoms are an admittance of sex that’s just for fun—and a lot of people still have a problem with that. So many women think, what might someone say about me if i’m carrying around condoms? But by not having condoms, you can easily end up in compromising positions.

“I think it’s educating men and showing them [having condoms] are actually a sign of an intelligent woman,” Hussey says.

Sure, maybe there are men who may be intimated by the fact you have condoms at your place, but they should be relieved that you’re not someone they have to worry about who was reckless with other guys.

As for what to tell them? Hussey suggests, “Look, I don’t have to sell you on the idea I don’t sleep around, you either know me or you don’t and if you think that about me you probably shouldn’t date me.”

Bottom line? We all need to talk about condoms more—openly and honestly. It’ll make you and your relationships healthier, happier and safer.

Michelle is YourTango's senior editor. She focuses on the finding the latest love and relationships studies and ...