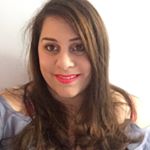 At some point in our lives, we will all be misunderstood or misjudged, and it will hurt. It will hurt like hell. Like the ebb and flow of a rushing fire coursing through your veins, the agony of your muscles ripping their way through your skin, the heart beating ferociously to be let out its cage. Do not be ashamed—be unabashedly brazen and know the anguish you are experiencing is only temporary and that anguish is not yours to endure alone.

For the introvert readers who hide behind a stack of books wishing they were as courageous as the characters they read about.

For the ones that disguise their curves in oversized clothing, ashamed of their own bodies.

For the ones who sleep on pillows doused with their own tears, reliving the cruel gossip they’ve endured.

For the ones who find comfort at the bottom of the bottle, drinking their pain and insecurities away.

For the ones who feel like they are drowning on land, clenching their nails deeply into their fists, fighting the tightening of their chests, the closing in of their reality.

For the girls yelling into the mirror, hating themselves for wanting to taste other girls’ lips.

For the boys who are secretly disgusted with themselves for leading that girl on when all they want is the warmth of another boy’s embrace.

For the ones living in the shadows for fear of being publicly harassed for their looks, orientation, social status, ethnicity, or intelligence level.

For the ones who wake up and go to sleep every day believing they aren’t enough.

For the ones who open their legs to anyone who shows them a little love or attention because they believe they aren’t deserving of anything worthy.

For the ones who cry out gut-wrenching screams, willing their shattered hearts to be somehow made whole again.

For the ones in the shower, scrubbing their skin until it’s raw, desperately trying to wash away the feelings of disgust and sin from someone who robbed them of their innocence.

For the ones with the bleeding and bruised knuckles from punching walls because it’s the only way they can release the pent-up anger and despair from being someone else’s punching bag.

For the ones that can’t yet find it in their hearts to forgive, even though they love the one that hurt them with every fiber of their being.

For the ones who hold a blackbelt in beating themselves down.

For the ones who don’t think it will ever get better.

For the ones who have lost hope, who are low on faith, who need a reminder, who crave a friend, who needs to hear this: I hear you. I see you. I love you.

You are not alone.

I rearrange letters into words, then give those words power.

Misunderstood You Are Not Alone

6 Reminders For Anyone Who ‘Hates People’

To Anyone Who Has Ever Made You Feel Replaceable

This Is For Anyone Who Struggles To Forgive Themselves

Losing Yourself While Loving An Addict