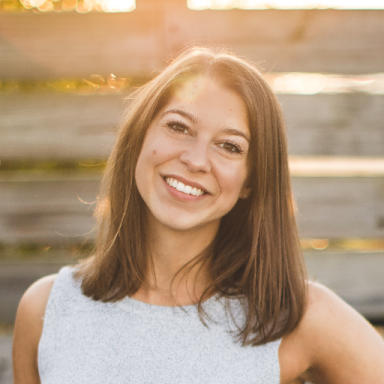 It had been three weeks.

Three weeks of a connection that felt as effortless as breathing. Three weeks of instant chemistry, oversharing parallel traumas, and being wrapped up in a bubble without a care of what was going on in the world. Nothing else mattered except eating pizza in our underwear and deep talks intermittent with moments of heated passion. This wasn’t the nuanced dance of dating with to and fro waltzes of witty banter and grabbing drinks over “Let’s get to know each other.” This went from “May I have this dance?” to complete entanglement in a matter of seconds. It was unhealthy. And it felt like crack cocaine.

It was three weeks of the sweetest bliss I had ever known. Falling in love and saying to myself, “This has to be it.” Until he told me that he was getting back together with his ex, and then overnight, it wasn’t. My world came crumbling down around me.

It was the most painful breakup that wasn’t really a breakup that I had ever been through in my life. I just couldn’t bounce back from this person. I could barely eat. I looked for his car on the road when I was driving, and I thought about him constantly — both the few memories we shared together in those three weeks and fantasizing about what could have been. Even my grandmother said, “I’ve never seen you like this over a man.” Because I never had been. Not after the end of my three and a half year relationship with my fiancé, not with the end of my two and a half year relationship with my live-in boyfriend, not with anyone.

There is a reason for this paradox, and as a therapist and relationship coach, I have some answers for you.

You didn’t have enough time to get to know their negative qualities.

So it feels like this person was perfect for you, that they were “the one,” and the most devastating loss of the one who got away. But in truth, you didn’t get the opportunity to know the person as a whole. Everyone has a ying and a yang. And you only got the honeymoon, the absolute best of someone. You have no idea what this person would have been like over time. In longer relationships, you usually have the opportunity to see when things start heading south — you start fighting more, you begin to see more of their qualities that don’t make you compatible, sex dwindles, and there’s an air of tension hanging out between the two of you on the living room couch. But with these short flames, it usually goes from all honeymoon to pulling the plug — which makes it feel even more devastating. And since you didn’t get to witness their not-so-great qualities, you have nothing to hang your hat on when things end — something to remind yourself why it won’t work out. Instead, you’re left with the fantasy of what could have been, because everything you experienced was so perfect. You fell in love with an idea. Not who they really are.

The intensity of the feelings overpower logic.

Sometimes, these short relationships that aren’t relationships are intense. And there’s not a lot of explanation as to why we connect more easily with some people more than others on the first, “Hey, how are you?” But because these short relationships are sparks on fire, they are usually not healthy and unstable. There isn’t any foundation built of what makes a relationship last: trust, long-standing friendship, and safety. So that’s why these sparks usually crumble within a few weeks or months. Once the reality of life starts to penetrate the bubble the two of you created, the whole thing pops all at once. And the sudden contrast of the two extremes of emotion — absolute bliss to crushing pain — feels excruciating. And because feelings are more powerful than logic, we oftentimes lose ourselves in the undertow of emotion.

You haven’t finished processing the end of your last relationship.

Usually one or both partners who find themselves in these short flames have either just gotten out of a relationship, or they haven’t finished (or started!) processing the ending of their last relationship. It can be all too easy to jump into dating when the emotions of a break up and loss feel too strong. And if you haven’t finished processing your last break up, there are most likely leftover feelings being spilled into the ending of these short intense relationships — which leaves you to grieve twice: once for the relationship you’re not over, and twice for this one. Combined, it can most certainly feel like the weight of both break ups are crashing down around you.

No matter the length of a relationship, there is pain and grief in their endings. But it’s also a rich opportunity for self growth. Use the ending of relationships to learn about you — your role in why things didn’t work out, the takeaways, spending time with yourself, and growing connections with your friends and family. Little by little, the break up will fade, and you will feel like you are coming home to yourself again.

Therapist and relationship coach making you feel all the things