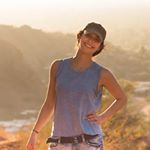 Don’t fall for the girl who is alone.

Fall instead for the girl who is the center of attention. She is the one sipping fruity drinks and dancing under street lights. Love the girl who wants to take the world by storm, who demands it. Words will flutter out of her mouth as she prattles on about her dreams over white wine and red velvet cake.

She’ll twirl in white dresses and wear floppy sun hats when you go to the beach. Smile at her like she is the star that shines brighter than the rest and take her out dancing. Treasure her, because she treasures you. When you bicker, apologize, and when you brawl, apologize more. Tell her you think she is the greatest person you’ve ever met, because she is. When the fighting loses its intensity and the bickering silences, you’ll be inclined to let go. You’ll want to let the hateful words fizzle into silent, dispassionate resentment. You’ll see her as a stone silhouette, shimmering against the orange background of the woman you loved—love. You still love her, but your love has changed.

Whatever happens, just don’t fall for the girl who is alone. She isn’t alone because she is lonely. Instead, she basks in the glory of solitude and hears music in the silence. Her thoughts are a chaotic flurry, and she listens with the finely-tuned ear of a concert pianist.

You’ll meet her at that same party, but she’s not the one basking in the glow of socialization. Instead she’s soberly sitting in the corner, a hint of a smirk playing in her eyes as she observes. She loves to observe. She loves to quietly take in the world around her and study the fellow members of her species. She’ll pry into your thoughts, she’ll catalog everything you say and call upon it on a rainy day, like it’s pink sunshine breaking through dreary clouds.

She’ll sit in silence reading a book for hours or disappear for days because she likes to wander. On warm summer nights, she’ll leave out the back door and return an hour later, having mulled over the bubbling cacophony that frequently brews inside her head.

The girl who is alone is drawn to ideas. She knows how big the world is, and her greatest fear is not experiencing enough. She feels hindered by the tiny vibrations of small talk and instead wants to gulp up the bellowing shouts of philosophy. When she does talk, it will last for hours. She’ll chew over documentaries, thoughts, and words with you until there’s nothing left to untangle.

And then she’ll stop talking. The girl who is alone knows the importance of hearing the silence, so she will follow its elusive trail. She knows that life is short and youth is limited. She’ll hunt it with the skill of an archer and study it like a scientist. She’ll share her findings, and when you don’t understand, she’ll pull away.

The girl who is alone knows herself. She reflects. She sees the harsh realizations you throw at her are already true and has accepted these as part of herself. She’s studied you and she knows you. When she hurls an insult at you, the pain will vibrate in your bones. Her harsh words will pull you in as much as they push you away.

There is passion in the violence of her voice and zest in what she thinks of you. She is like a drug you yearn for. You are addicted to her, but she is not addicted to you. Like fine wine, once she’s had her fill of you, she’ll move on.

She fears being held back by you, so she’ll leave and you’ll feel empty. It will be a pain worse than any other, but a pain you’ll never have to feel because you never spoke to the girl who is alone.

Be glad you didn’t fall for her, and instead you fell for the social butterfly. You understand her coldness; you know how she feels. You’ll never understand the girl who is alone, and she’ll never understand you. She doesn’t need to and she certainly doesn’t want to. She’s alone and happy.

Life's too short to match your socks