Being a competitive person, nothing appeals more to me than a challenge. For instance: How many attractions can you see in one day in New York City? Four? Five? Nine? The only thing stopping me from trying was money. No one wants to spend three hundred dollars a day on tourist attractions.

Upon doing research for another blog post, I came across the website for NYPass. It’s a card that allows you to get free access to 80 attractions in New York City. The card cost $90 for one day, and I wanted to see if it was worth purchasing. The idea was simple. See how many things I could see in one day, and how much money I could save while doing it. Challenge accepted. 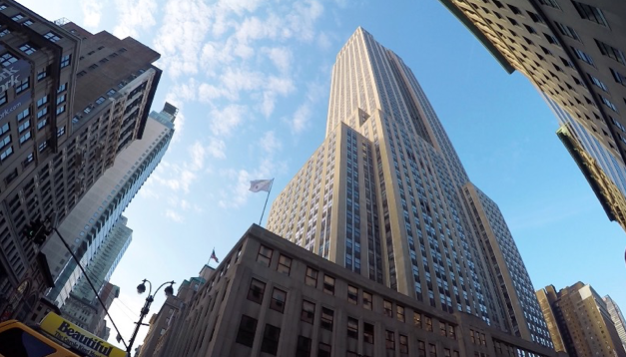 My day started at the Empire State Building on 34th Street. I actually arrived at 9:00am but the line was so long that I recommend you get there early to avoid the crowd. Knowing I was on a strict schedule, I only had time to snap a hand full of photos before heading back down to street level. 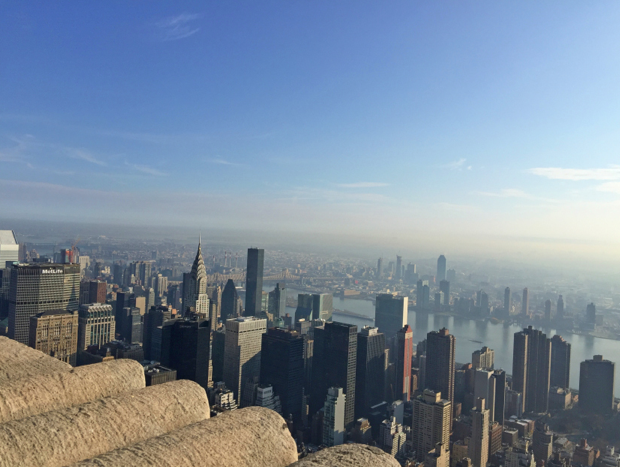 Although the view is spectacular, I would not pay the regular $32. Even when friends visit, I always recommend Top of the Rock. It’s the same price, has three roofs, is less crowded, and you can see the Empire State Building. However, since it was included in the pass, and since it opens at 8am, before any other attraction, it was an obvious choice.

I didn’t originally include the SNL exhibit in my plan but decided to squeeze it in after realizing it was only four blocks from the Empire State Building. Boy, am I glad I did. This was actually the highlight of my day. The exhibit is huge and took me a full hour to walk through. Getting there when it opened ensured that I was the only person there. That’s an exaggeration. There were four people there including me. Crowded… I know.

What made the exhibit interesting is that it takes you through the week that goes into planning each episode. I had never really thought about the fact that each episode is written in one short week. Not to mention that sets are built, costumes are made, and actors learn their lines that quickly. The exhibit shows you a little bit of everything. I felt like I was on a private behind the scenes tour of the studio. 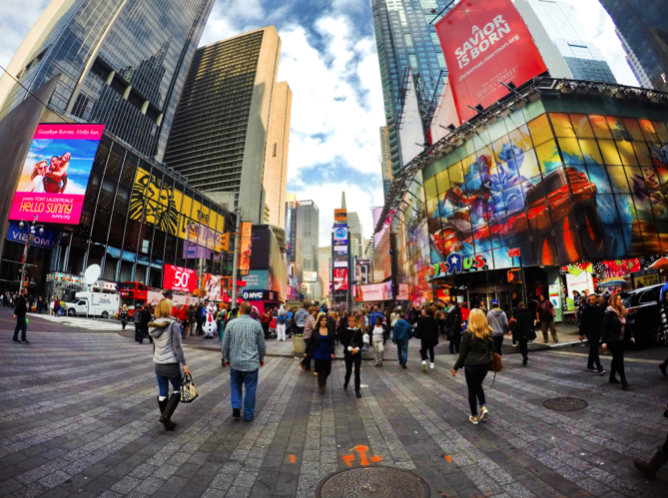 Discovery Times Square has three current exhibits to choose from, but the NYPass only grants you access to one. I decided on The Hunger Games Exhibit because if there was a word to describe fans (like Trekkies or Swifties) I’d be one of them.

That being said, I was a little disappointed. Having to follow the SNL exhibit was probably what made it such a let down. Yes, you get to see beautiful costumes and little pieces of the set, but that was it. I had already seen everything in the movies. I was hoping for more behind the scenes information or fun facts. There were some computer games that young kids seemed really into, but I found the overall exhibit to be underwhelming. Looking back, I would opt to see the Bodies exhibit instead. 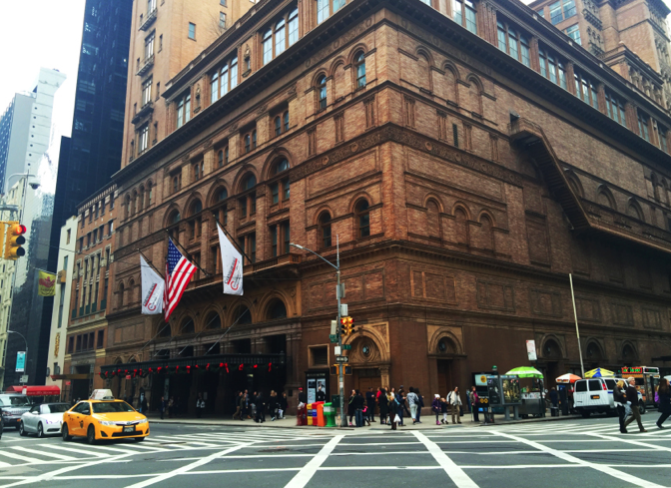 The let downs continued as I went to the Carnegie Hall Tour. There was a concert scheduled for later in the day, so the first thing they told us was that the tour would be cut short. The online description mentioned walking around the theater and getting to go on the stage. Instead we sat in one spot on the balcony. We were told we could not take any photos because the man tuning the piano on stage was a union worker and we had to protect his privacy. I will say that the tour guide did an excellent job telling the history of the Carnegie family and the hall, but I’d recommend just reading them on Wikipedia. I’d rather invest in tickets for the show than go on the tour, which was not behind the scenes at all. Next time I would try the Radio City Music Hall Stage Door Tour, which was sold out because I didn’t try to sign up in advance. 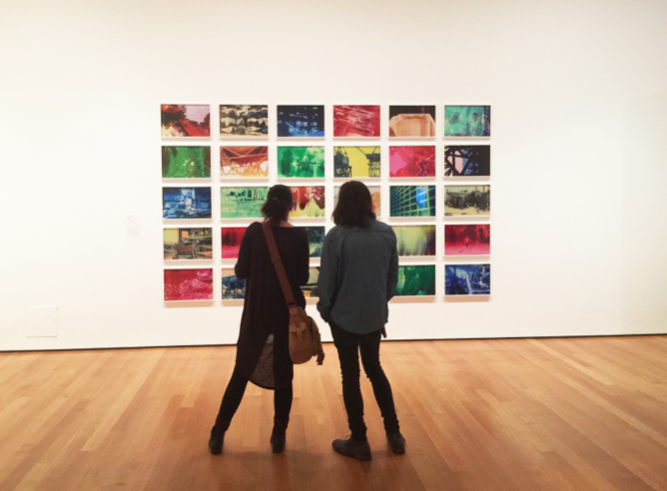 Visiting the Museum of Modern Art is like being in an adult fun house. One minute you’ll find yourself in a room with strange furniture and the next you’ll be in a huge room with just one tiny piece of art on the wall. 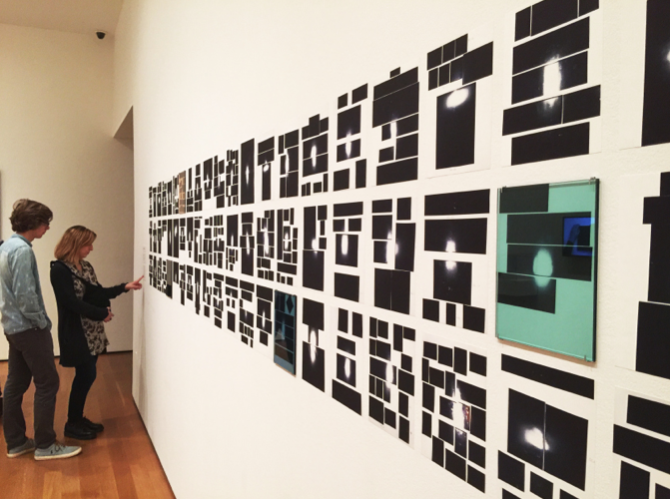 I grew up around classical art, so modern art has always been a little odd to me. I really enjoyed the current Jackson Pollock exhibit which seemed to be a big draw for other visitors.

Since it’s a long walk from MOMA to the Intrepid (approximately 15 blocks) I decided to save time and grab lunch on the way. The Halal Guys (who I wrote about here) happen to be on the same block as MOMA. A chicken gyro sandwich costs a mere $5 and is easy to eat as you walk. 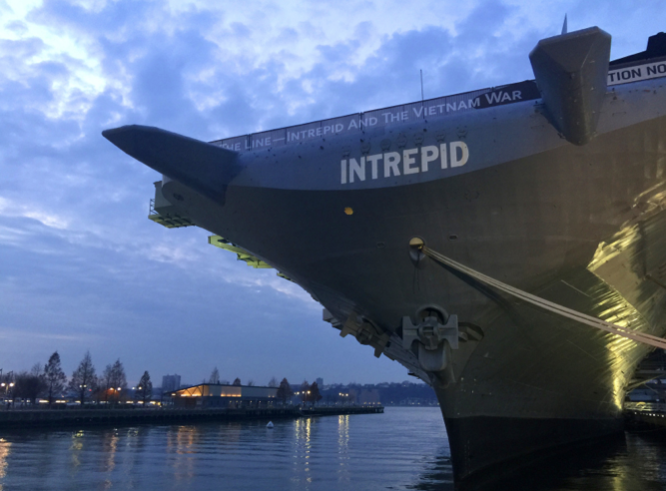 I found a new favorite attraction in the Intrepid. I think this museum often goes overlooked as it’s off the grid in midtown, but it’s worth walking the extra few blocks to the Hudson.

When I was little, I got to spend a couple of nights on the USS Yorktown, a naval ship in South Carolina. We stayed in the crew’s quarters just like when the ship was in action. Visiting the Intrepid was a huge flashback for me. Everything looked exactly the same. A woman in front of me said, “How could anyone sleep like that?” I couldn’t help but laugh while thinking about the girls who got seasick while sleeping in the chain bunk beds next to mine. 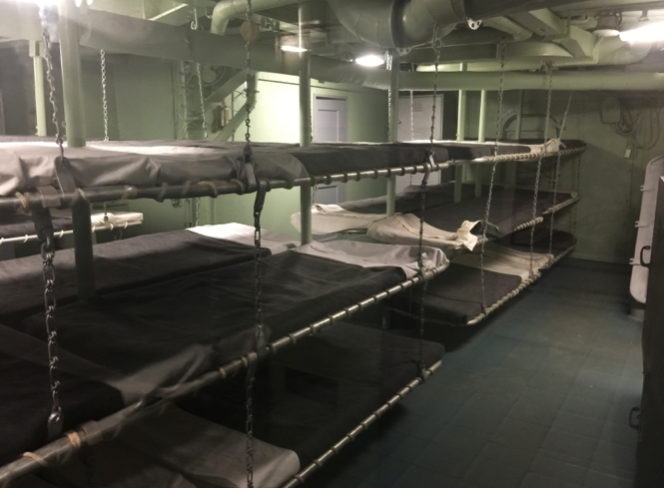 As for the history of the boat, I was very impressed. The museum paints a vivid picture of the life of the Intrepid. You could walk through the old living quarters, or stand at the steering wheel where the captain stood. There was even a submarine for you to explore. The museum was fairly empty, but I was surprised to see how family friendly it was. There were a lot of grandpa’s showing their grandkids around and telling their own stories. There’s even a section dedicated to kids learning with hands on activities called the Exploratorium. 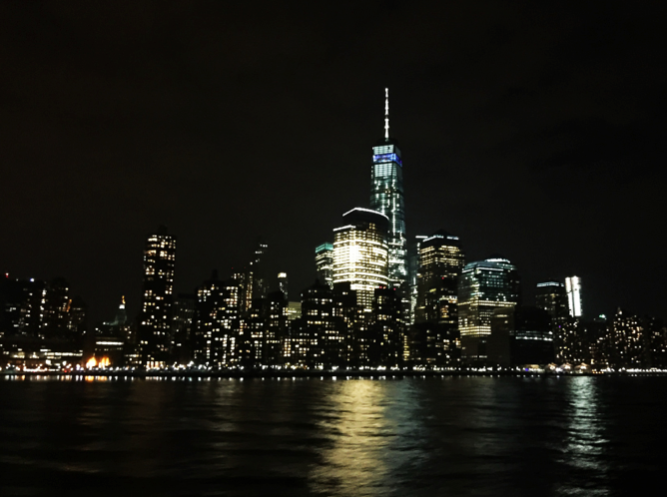 Full disclosure, I had planned to take another cruise and messed up the time. I found myself sprinting to another dock to catch the Water Taxi as a last minute resort. Upon my arrival, a very sweet woman selling tickets greeted me, and I explained my mistake. She told me she’d be happy to give me the ticket, however I’d missed the boat that would be circling back uptown. If I got on, I’d end up in the financial district. Sometimes when I’m stressed out I make rash decisions, so I told her I’d take the boat and figure out the rest later.

She escorted me to the dock and asked the captain if they had time to circle back to Pier 79. The captain said yes, and I felt like the luckiest girl in the world. The schedule said the boat would arrive at 5:30 but I’m pretty sure I got on the boat around 5:00pm. Either way, I’d call the company before you try this because I might have just lucked out.

The original plan was to do the Circle Line Cruise at 6pm, but it doesn’t run in the winter. Once I was on board, we made several stops including Greenwich Village, Battery Park, DUMBO, and Red Hook. After, the captain insisted we still had time to make a quick stop at the Statue of Liberty. The boat sat still for a few minutes as everyone got to enjoy the incredible view and of course take photos. I should also mention that you could purchase drinks on board, which seemed to be a big draw for several groups on the boat.

Since the Water Taxi got back so fast (instead of the 3 hour cruise I had planned for) I decided to stop at Madame Tussauds. I’ve always thought of this as a little too touristy, but it was on the way to Rockefeller Center. Looking back, I might even do the Discovery Times Square at this time and spend more time in museums in the morning.

The wax museum ended up being fun despite my extreme fear of House of Wax. It’s probably more fun if you’re with a friend. I was flying solo for the day, and the whole point of the exhibit is to take pictures with the figures. Overall, the place was huge and not terribly over crowded, but I would never pay to do this without it being included in the pass. Is it just me or is $37 way too much for a wax museum?

After leaving Madame Tussauds, I was pretty hungry. I walked slightly out of Times Square and stopped at an uncrowded but delicious smelling food cart. There I opted to get a falafel on pita ($7). 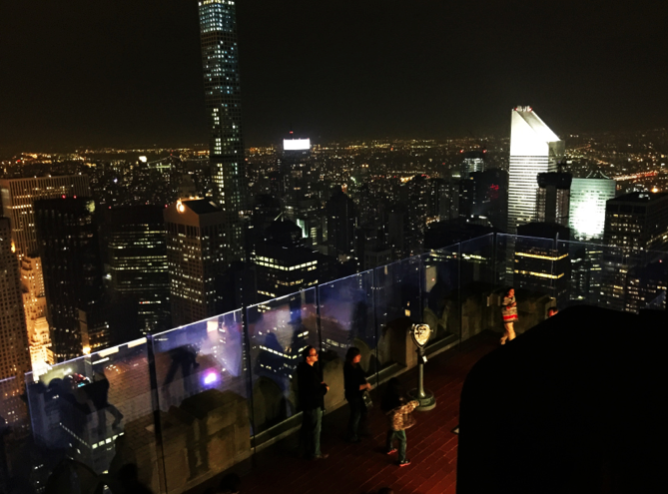 As I mentioned earlier, Top of the Rock is my favorite place to see the skyline. The line to get in is long, so it usually takes 40 minutes to get to the top. That being said, it’s worth the wait. The view is perfect. It was also pretty amazing to see the view from Empire State first thing in the morning and the view from Top of the Rock last thing at night. 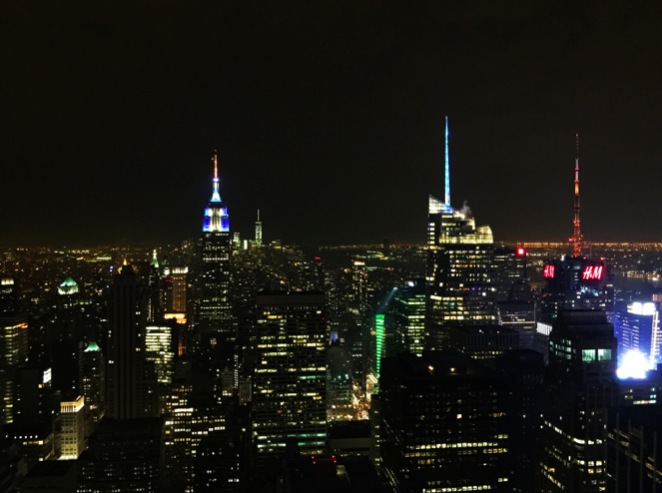 If You Do These 5 Things, You Can Definitely Afford To Travel On A Budget

Month-By-Month Travel: The Best Travel Destinations For Every Month Of The Year

11 Smart Ways I Afford To Travel The World At 23, And How You Can Too

This Is How You Experience Chinatown, NYC For Only 30 Dollars